Cat in the Flock Facts
Blisters No More

Previously on the blog, I mentioned that you really shouldn't miss the inside of La Segrada Familia, no matter what guidebooks might tell you. Gaudi's amazing feat of spiritual architecture alone is worth a trip to Barcelona.

The view inside moved me to tears. Unashamed, streaming tears of joy and gratitude. 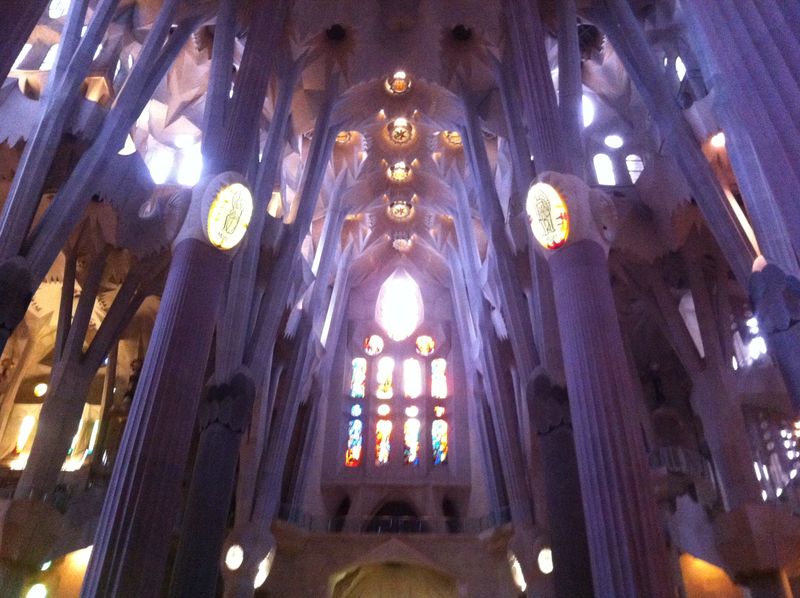 Gaudi captured the soaring splendor and exalted grandeur of the medieval cathedral, but he removed the hierarchy, judgment, and darkness of Catholicism's past. Rather than a commanding crucifix placed at the apex of the church, Gaudi dangles Christ as if from a whimiscal umbrella over worshipper's heads, close enough that you feel you can reach up and touch his feet. 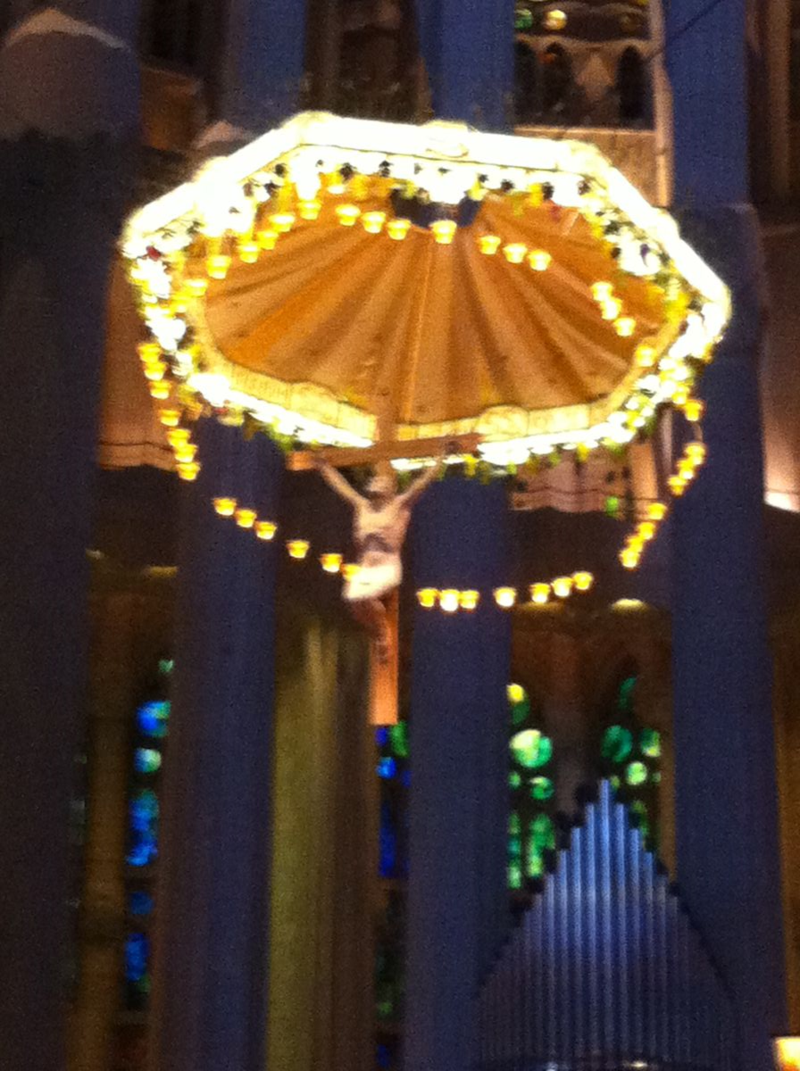 And he put nature at the center of the house of God. You know that feeling you get when you're in the middle of an old growth forest alone, and the trees sweep up into the sky, and you feel part of something grander than yourself? That's it. He brought it into the church, saying nature's place is here, where we worship divine spirit. 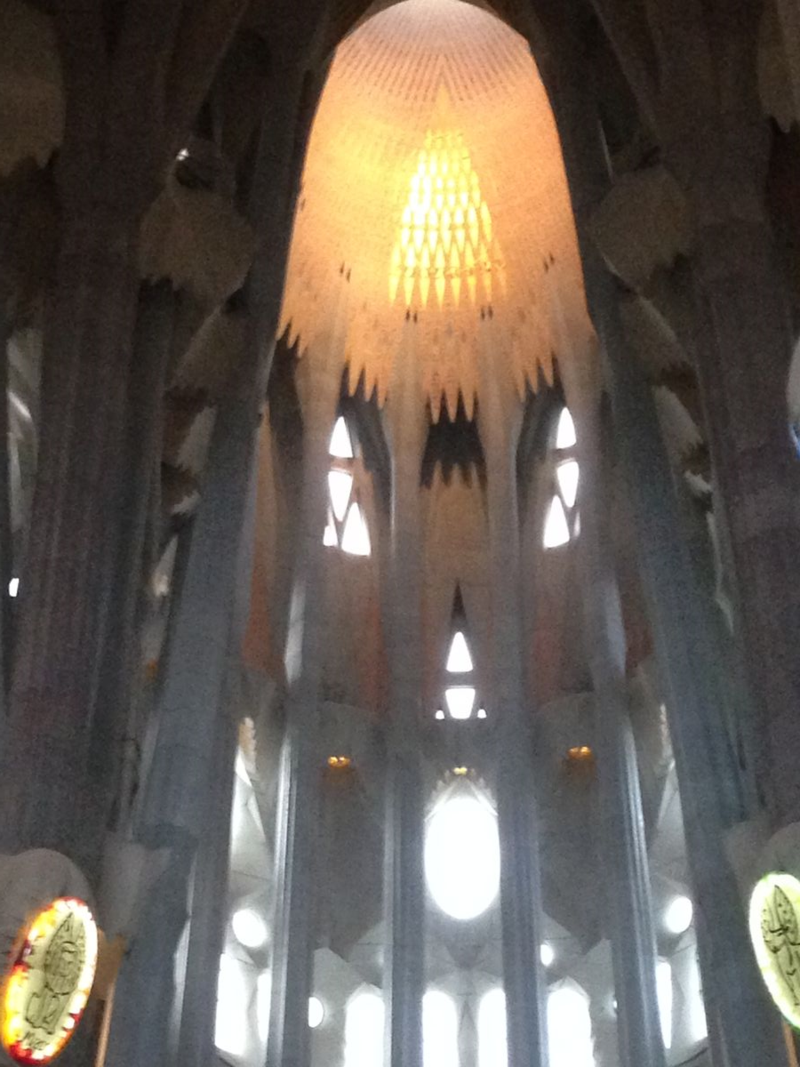 There's a fantastic little exhibit off to the side of the church that shows how Gaudi took direct inspiration from nature, from the fruit and flower shapes that adorn La Segrada to the hive and honeycomb imagery. Divine spirit isn't somewhere out in space, removed from us; it's right here, in the trees and the flowers and the food we eat. It's in us. It is us.

But he didn't just take aesthetic inspiration from nature but structural as well: He studied the way trees brace themselves into the ground and designed columns just like them. 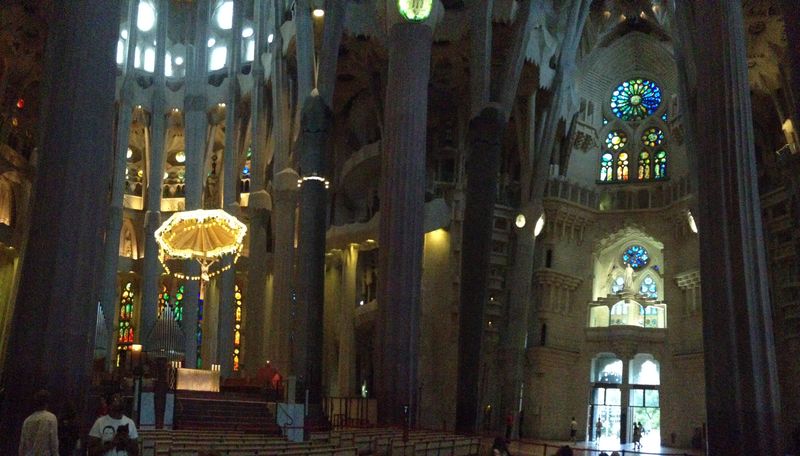 For fans of stained glass, La Segrada represents the pinnacle of the art form.

Perhaps we missed something amazing by entering too late to gain access to the tower, but it was lovely enough just to gaze up the swirling spiral of the staircase from below. 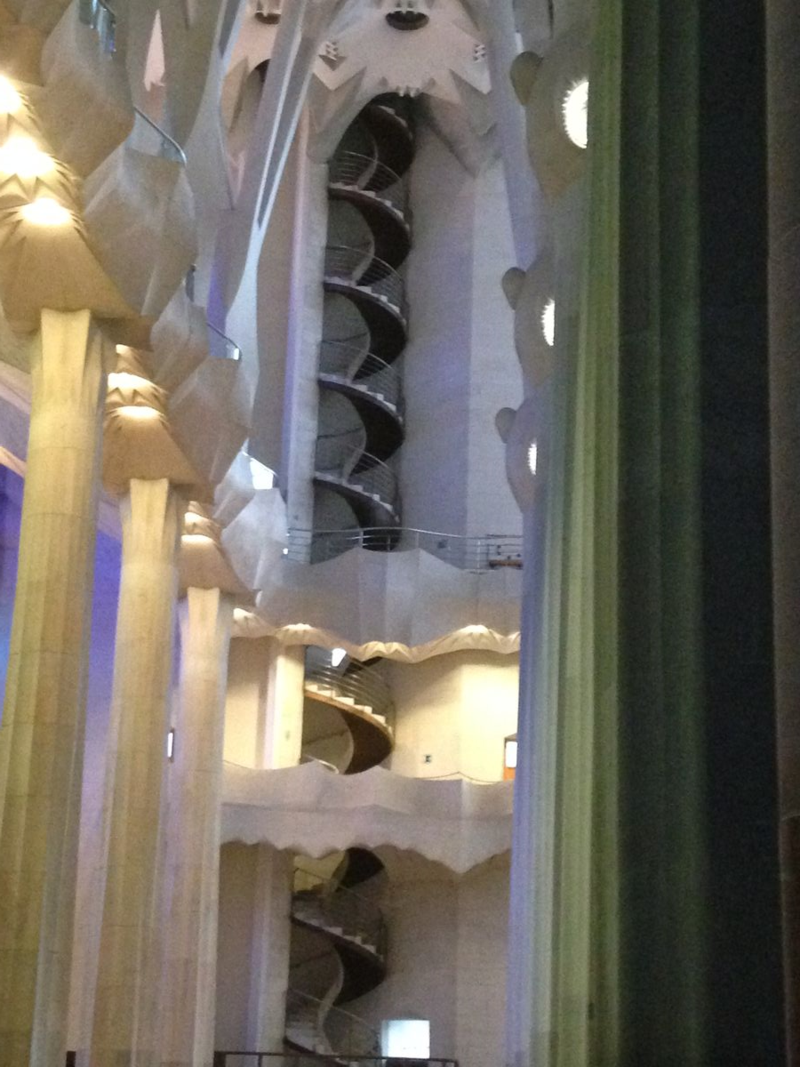 What really struck me about La Segrada is that it's this grand expression of spirit done at great expense and effort. It serves no utilitarian purpose. It's not a commercial venture. It's a venture of the heart, paid for entirely by private donations, one that trandscends the ambitions of one man or even one generation. It's been under construction for a century, since before Gaudi died in 1926, and its sheer scope guarantees that it will take many more years to complete.

All for art's sake, and for the sake of humanity's soul. And that's a rare and beautiful thing indeed. 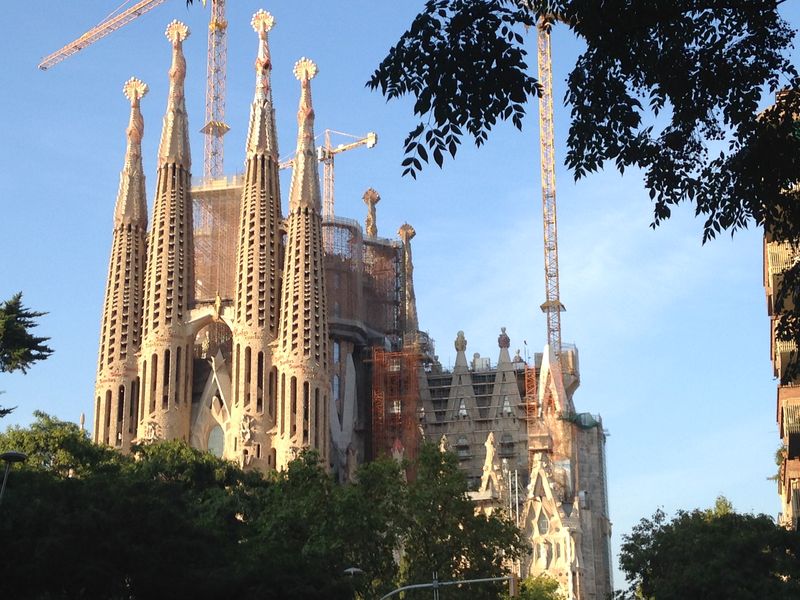