The Greatest Thing to See in Barcelona, Without Exception 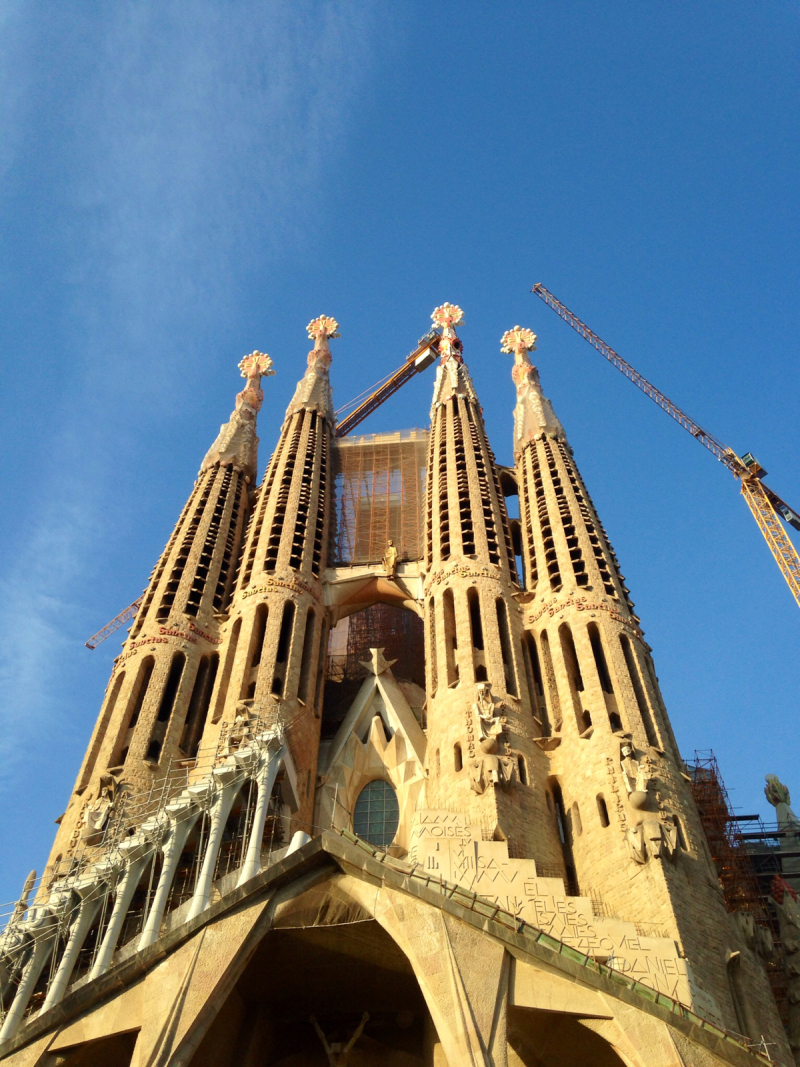 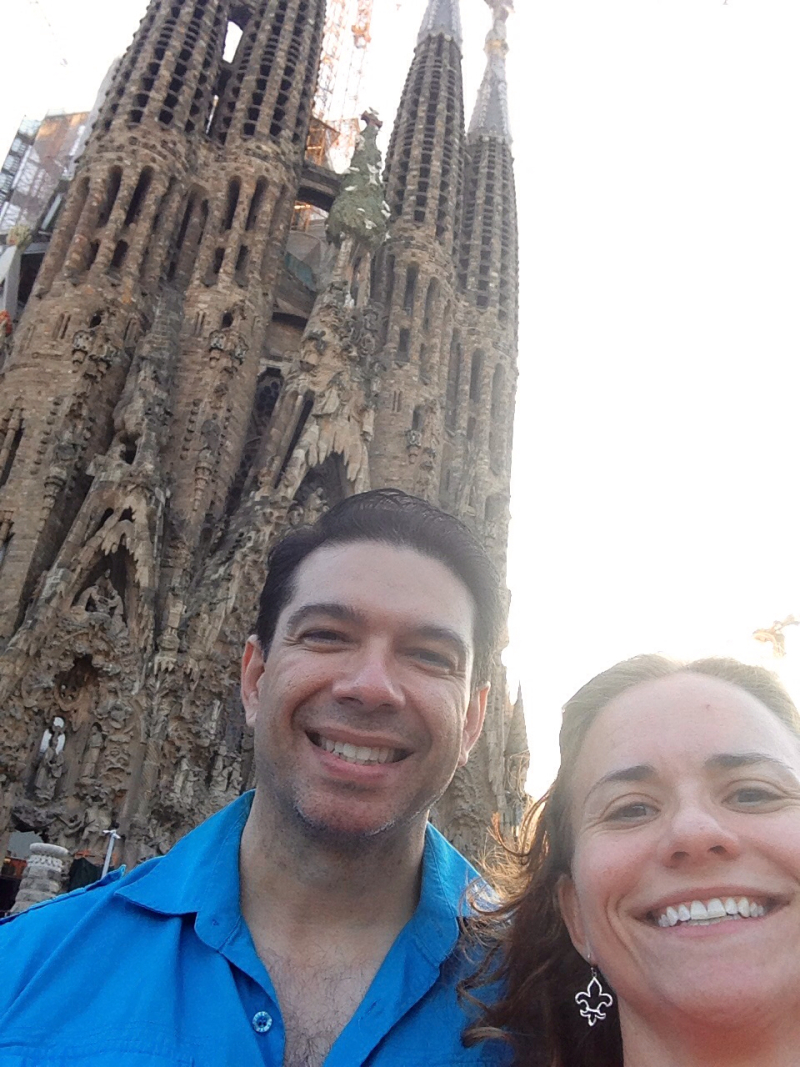 This is not your grandmother's church.

(Unless, of course, your grandmother is like the character in my novel Cat in the Flock, which one reviewer called a "Seattle-style Shirley McClaine." Granny Grace would be all over this place.)

Barcelona's, and one of Spain's, most celebrated artists, Antoni Gaudi, is largely responsible for this grand cathedral for the modern age, despite the fact that he died in 1926 and work has gone on ever since. It's a continuous work-in-progress, largely due to its ambitious nature. He became so wrapped up in the project that he slept at the site during his final years.

It's called La Sagrada Familia, and it's worth traveling to Barcelona, never mind the jet lag, just to see.

This is hands down the most impressive architectural structure I've ever seen in person.

While it was on our must-see list, we actually found it by accident the first day there. Once we settled into our rental, we went out for coffee and a stroll. Suddenly the characteristic spires appeared above a building in the distance, so we followed them, marveling as the vision took full form the closer we came to La Segrada Familia.

What you see in the above pictures: 1) The passion facade, with two cranes showing ongoing construction. Some day, there will be a central spire rising far above the eight spires you see here. 2) The nativity facade, the original construction and the first completed (plus two goofy honeymooners taking a selfie).

We split our visit into two: This first day, walking a perimeter across the street, circling the church. The next time we visited, we went inside. I'll post on that later.

Incidentally, Northwest travel guru Rick Steves suggests in his Barcelona guide book that one might skip the tour inside and just view the outside of the building. But he's smokin' weed (actually, he is), as you'd miss something amazing and possibly life-changing if you did that. So don't.

The Stevester is wrong/maybe just out of date on a couple of other points about Barcelona, by the way. Not a single Barcelonan leaves his napkin on the floor in a tapas restaurant. Good thing we ignored Steves' advice on this point, or they might have thought we were rude. And sangria is not just for tourists. If you go to a restaurant at 10 pm on a Wednesday night, and the restaurant is famous for its snails, and not a single person in the restaurant besides yourself is speaking anything but Catalan, and everyone has a pitcher of sangria on the table, then it's safe to say it's not just for tourists.