Jet Lag, Wow
The Greatest Thing to See in Barcelona, Without Exception 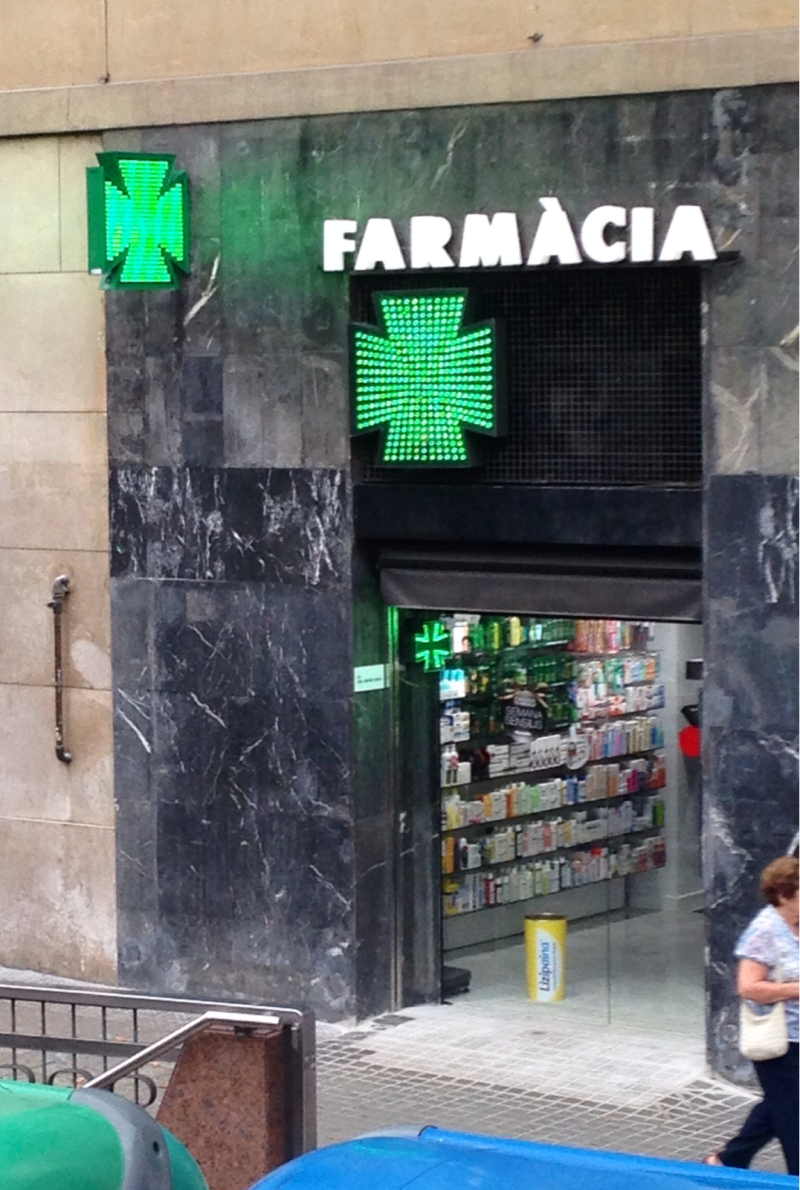 As I mentioned earlier, a plethora of minor but annoying ailments cropped up on my honeymoon due to the stress of launching a book, getting married, and planning my first trip to Europe all in the space of a month, not to mention horrific jet lag.

I had a little naive panic my first day in Barcelona until I realized I'd probably have an easier time on their health-care system than my own.

And I was right. First off, there's a farmacia (as depicted above) on EVERY SINGLE STREET in the city. I'm not exaggerating.

They're clean, well-stocked with great products, and staffed with incredibly helpful Catalonians willing to put up with a couple of American clowns whose knowledge of the local language is pretty much non-existent and whose grasp of the euro currency system is, well, sweaty in the palms.

PLUS, you know how you're taking that one medication all the time but are nonetheless forced to seek your doctor's prescription for it at regular, bereaucractic intervals because it's not available over the counter? Well, some of those drugs are OTC in Barcelona. Halelujia!

OK, so minor flaw: My first purchase was for the wrong dosage. But I was able to go back and exchange the drug for the right one.

I also walked into a chiropractor's office and got in for an adjustment that day for only 40 euros, no paperwork necessary. I swear this guy (who was from South Africa and therefore spoke English, lucky for me) gave the best chiropractic adjustment in the history of backcracking.

Incidentally, these farmacia green crosses (universal in Barcelona) are the same green crosses now being used to designate marijuana dispensaries all over Seattle. Color me confused.

If you selected the hyperlink, you saw a pic of Girl Scouts selling cookies out in front of a pot shop. No, that wasn't staged; it happened. I applaud their capitalist spirit.