Things That Should Never Be Localized #2
#FridayPoetry: For Father 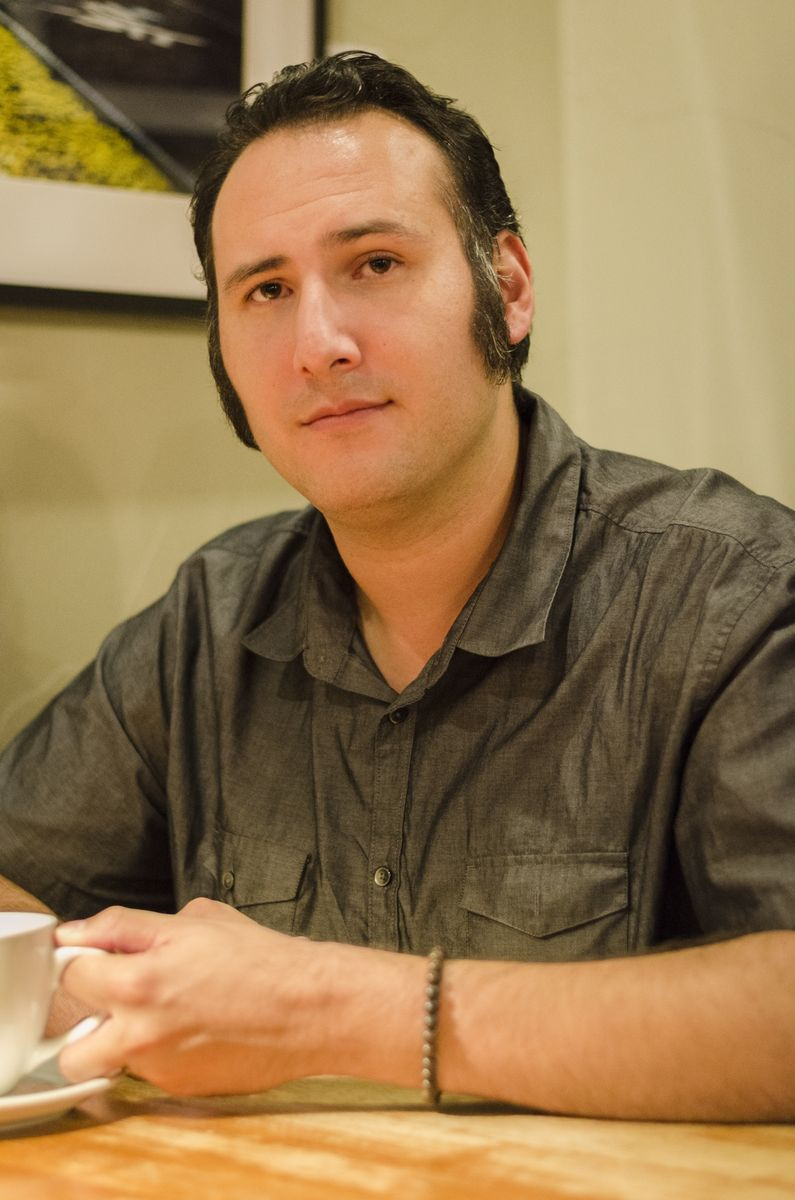 Yoshinori Henguchi is the author of Lizard Telepathy, Fox Telepathy, published in 2014 by Seattle indie publisher Chin Music Press. Henguchi founded Gallery Iris in Osaka, Japan and regularly exhibits photography and poetry. His poetry collection, WMMWWMWWWMWMMWMWW, was published under the imprint nobodyhurts. He was also a 2006 winner of the Canon Corporation New Cosmos of Photography Award. David Michael Ramirez II translated Lizard Telepathy, Fox Telepathy into English, a passionate process that transpired over many years, after he met Henguchi at a gallery opening in Osaka in 2008 and made it his mission to bring the poet's work to an English audience.

Lisa Brunette: Henguchi employs repetition to an incredible degree in this collection. Is repetition more tolerable/soothing in Japanese culture? Or would you say it's the same as English?

David Ramirez: It's unnatural–unnatural to the point of distinction, and maybe distraction. But it allows for a kind of psychological effect reminiscent of ellipses and gives an overall baseline for other sensations to contrast with. When you get done reading, if you're not paying attention, you're not sure what you just read, and the repetitive part eventually recedes, and the objects in the poems have a chance to stand out, whether they're part of the repetitive statement or nestled alongside it. There's also the question of just how much our own psychological existence is repetition, and how much is change. I guess I'd hope to liken Henguchi's repetition to a syncopated ideaphoria.

Lisa: I could see that. I'm impressed even that the spacing is preserved, the gaps and pauses in the prose that give the lines internal breath. By the way, it's lovely to look at the Japanese typography. I'm struck by the beauty of the characters, which retain their symbolic origins, in contrast to English, which is purely a signifier.

David: Preserving the gaps and pauses during the design process was an incredible headache. There were revisions made to the original as we were editing, and as the translator and one of many proofreaders and editors, I would not be notified about changes beforehand, so I would discover them after finalizing the English, feel like screaming, and then calm down and write an email to revise the master document, which I didn't have access to. We communicated design corrections through emails with color highlights, footnotes to word docs, and a rare Skype to Tokyo. Eventually we came up with a system to preserve and localize the gaps in English. This felt like a major achievement.

Lisa: I note the first poem in the collection, "Nihongo," is about the Japanese language itself. Can you talk about the decision to foreground that?

David: There are so many challenges in translation, and bringing the reader into a language they're not familiar with, in a language that they are familiar with, was the goal of the work. "Nihongo" does that by practically giving the language, Nihongo (Japanese), a personality, a dynamic, and a sense of being something that you grapple with. It's a feat even in the original Japanese, and torques the minds of many traditional poetry fans. I was even asked by one reader, "What's he trying to do! Is he trying to destroy Japanese?" and this is not the case, far from it in fact, but riding that line between destroying language and breathing life into it was what made it contemporary.

Lisa: So many of Henguchi's observations are, well, Tweetable--you'll notice I've been quoting him on Twitter as I've made my way through the work. For example, "In our house grandfather lit grandmother's cigar and passed it to her. Women smoke/men light." I'm curious about what initially attracted you to his work, and if it was this distilled observational wisdom of his.

David: Oh, boy, this is my favorite topic. It was really Henguchi's love of word and passion for expression that popped off the page and grabbed me. His line, "I want to burn Nihongo and turn it into smoke" got me hooked. A language full of convention such as Japanese is not something you're supposed to "smoke" or "burn," but I've certainly felt both smoked and burned by language, so turning it inside out was exactly the kind of near-hallucinogenic experience I was searching for in literature.

That, and that the subtle messaging was not singularly nihilistic. It doesn't seems to revel in failure or rage, but seems to skip to a beat that feels contemporary. I guess you could say that it was fast enough, flexible enough, and has that "something" that turns language inside out and doesn't flinch; that's what hooked me. It was love at first sight. There's also his ability to really speak about Japan in a way that doesn't lose cultural relevance but doesn't over-romanticize it either. 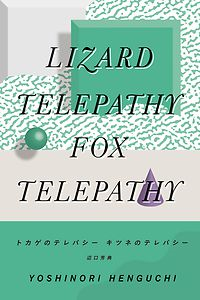 Lisa: Henguchi reminds me of the L=A=N=G=U=A=G=E poets, the way that he is calling attention to the pleasures and pitfalls of language itself. His prose poems in particular called to mind Lyn Hejinian's autobiography My Life, both for the examination of language and the examination of self, as Lizard Telepathy is full of autobiographical references, which even if they aren't truly autobiographical have that feel. I also think of the work of Seattle's own Stacey Levine, and I note that Gertrude Stein's Tender Buttons was helpful to you in this translation process. Who does Henguchi cite as his own influences?

David: The Language Poets are an excellent analogue to Henguchi's poems. His method for writing does start with sight and sound. The one thing he does feel confident about is that regardless of convention or lack of it, Henguchi wants his poems to be fun. That, I abide by. If you can re-invent fun, you've got something.

As for influences, Henguchi hasn't recognized a contemporary movement or artistic influences, and has recently found poetry to be one of his main creative impulses. He's interested in how he is intrinsically indebted to being born as a human and the life that this brings. Stylistically, he feels a kinship to photographers Araki Yoshinobu, Kyoichi Tsuzuki, and painter Shinro Ohtake. In Japan he's been asked about connections between his artwork, Japanese hip-hop culture, and the work of Miranda July and Harmony Korine. Again, more than anything, he's cognizant that because of the essential, shared human condition, all artwork is related, and every similarity is fair game.

For my part I see Henguchi as a poet who's developed something special at the right time, part of a Japanese renaissance that's just beginning to come out. The older generation who made their waves in the 60s and 70s is just beginning to pass the torch. And I feel Henguchi's work is part of sloughing off the past. I was lucky to meet with a scholar at the UW who pointed out that due to the flexibility and ubiquity of the Internet we're seeing linguistic stylization that hasn't been part of the average writer's repertoire since the early 19th century.

Lisa: Part of Henguchi's project seems to be acknowledging what can and can't be captured, whether in photography or writing. In "Gone Insane," for example, there's a stanza that begins, "Can meet when we can   can't meet when we can't." The stanza ends with, "I don't even catch a glimpse of that boy." What are your thoughts on this?

David: My thoughts on this are - exactly! You got it. That's the most wonderful thing I can say about his poems, that they leave you with a sense of loss and fulfillment at the same time. In his writing Henguchi is not a nihilist–but–there is the sense that we've all experienced losing something important. But even with loss and destruction, our pain is something rare and beautiful, admirable, and a source of strength and a sign of life. That's what drew me to Henguchi, and that loss is there and life is full of it, but we are still alive, and hungry, and passionate, even in a whirlwind of sight and sound where we can't catch everything no matter how hard we try. Maybe every once in a while we catch the wind in our sails, and maybe we don't know exactly just what that wind is, but it's there.