Cat in the Flock - Only 99 Cents!
#FridayPoetry: August 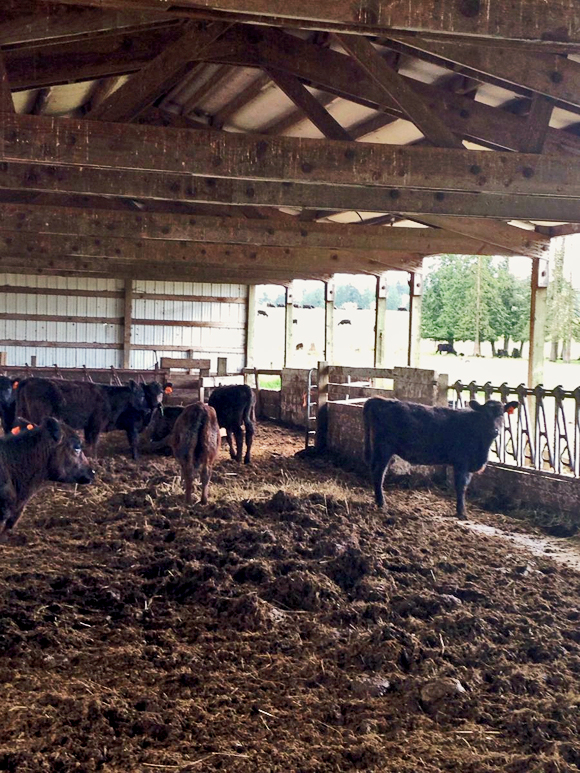 An old friend came to visit recently and was shocked to find out that I eat meat. Back when we met in the early 1990s, I was the first vegan he'd ever known.

My friend had recently adopted a vegetarian lifestyle himself, but when I offered him beef made from grass-fed, organic, humanely- and locally-raised cows, he accepted. A nice, juicy hamburger is hard to turn down once you've removed the ethical stumbling blocks.

My food journey has been a bumpy one. I grew up a meat-eater like everyone else I knew and didn't meet a vegetarian until my high-school best friend became one. She was a strong influence on my decision to give up meat entirely, once I left home for college.

It was easy for me to make the transition. I'd always felt "meat squeamish," and considering the low-quality meat my struggling family of six could afford, such as cheese hot dogs and hamburger with bits of bone, it's not hard to see why. Away at college, I had access to an astoundingly good vegetarian restaurant called The Sunshine Inn, and my activist friends were either vegetarians themselves or at least flirting with the lifestyle. I went from vegetarianism to veganism, only missing the cheese.

But the problem was, those 13 years of the no-meat lifestyle were my sickest years. I bounced from one upper respiratory infection to another and constantly struggled with hay fever. I was diagnosed with asthma and went on an inhaler. Heartburn and acid reflux were regular occurrences. I suffered digestive issues as well.

By 2002, I wound up in an allergist's office after a severe reaction to soy. He put me on a restrictive diet, but without meat in the equation, that meant only vegetables and rice. He urged me to eat lean meat, a little turkey and chicken.

And I immediately felt better.

Most of my symptoms went away for a time, but then they came back as my diet broadened again. It wasn't until recently that an acupuncturist had me keep a meal-by-meal diary and pointed out I still wasn't getting enough protein.

This time I went whole hog, so to speak, working to get protein at every meal. I found out on my honeymoon in Barcelona that I felt better than ever on a diet of sustainably-produced, mostly local meat, cheese, yogurt, vegetables and fruit, with a few whole grains.

This year, for the first time in my life, I got to experience spring without hay fever, and I've stopped needing to use an inhaler. The digestive issues have mostly cleared up as well. Admittedly, there are other factors, such as the fact that I now work from home where I'm less exposed to fluorescent lights and the toxins of the average workplace. But I believe diet has a lot to do with my greater equilibrium.

When I moved to farm country, I realized I could buy meat right from the producer, and that's helped ease my squeamishness. Fascinated by their long-term commitment to sustainability before that was even a thing, I wrote a piece for LewisTalk about my source for local beef: 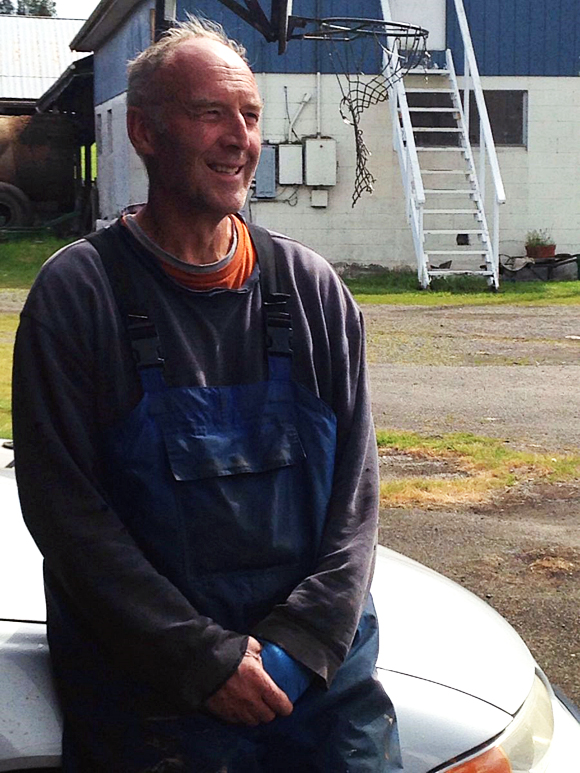 Paul and Dalene Olson have been in the organic business since before there was one. The husband-and-wife team have lived and worked on their family farm near Chehalis since the 1970s. “We’ve always followed safe field and animal practices,” Dalene explains. “We only used treatments when absolutely necessary and stayed away from commercial fertilizers and herbicides. We’ve never used hormones.” Read More

I sometimes get snide looks or comments from vegetarians who think they're superior or smarter or stronger for being able to adopt a diet I can't, even when I can see they might be suffering from food-related illnesses as well. It's ironic. I spent the first half of my life dealing with conservative bullies who criticized my vegetarianism, and it looks like I'll spend the next half dealing with liberal bullies who criticize my meat-eating.

As for the ranchers and I, we're well aware of the poignancy in the circle of life here. Being able to meet the cows that will be your dinner puts you ever mindfully in touch with it, and raising them yourself does so all the more. Folks here often say they are "harvesting" animals, the same as the squash. Both are tended to with care. In the words of the rancher:

“Probably the hardest thing for us is sending the animals for processing,” says Dalene. “A person works so hard to keep the animals alive and healthy, and it can be hard to finish the process by turning them into meat for consumption.”