What I'm Reading: Capacity for Murder: A Professor Bradshaw Mystery

Capacity for Murder: A Professor Bradshaw Mystery by Bernadette Pajer
My rating: 4 of 5 stars

An interesting read that will scratch two itches if you're a lover of history and science. Three if you're also mad for mysteries. Pajer is a skilled researcher who blends historical and scientific facts into an engaging story of murder and mayhem. Through the perspective of the thoroughly likable Professor Bradshaw, readers become immersed in a seemingly impossible-to-solve case. Impossible, that is, unless you're in tune with both scientific detail and the darkness that drives some to extremes, as he is. At times his excessive rehashing of the facts can feel tedious, and the female characters come off less developed by comparison. But this academic sleuth is a compelling, sympathetic guide through a fascinating moment in the history of electrical technology, as revealed through the crimes of the day.

What Do We Think of This Prologue? 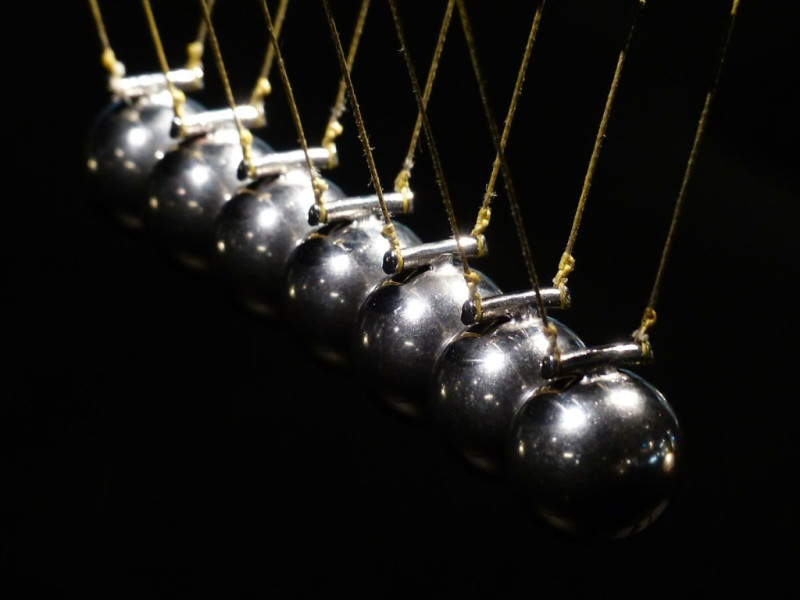 When I'm not guest-lecturing, writing articles, looking for work, drafting game text, or reading at book events, I work on the manuscript for the third book in the Dreamslippers series, which doesn't yet have a title.

But it has a prologue! And I've recently thrown out the first draft of that and written something new. What do we think of this new version? Please weigh in using the comments below.

He held her hair in a tight nest at the back of her head, the tension making her scalp ache, like her desire. Pearls swayed in a loose arc beneath her chin. They reminded her of the Newton’s cradle on her desk at work, how she’d lift a metal ball to let it drop and hit the next one. The energy would travel through the three still balls in the center, forcing the one on the opposite end to rise upward. For every action, there is an equal and opposite reaction.

How many times a day she did that, she did not know. It was habit. It had been for years.

He released her hair. His fingers massaged her scalp. Her eyes rolled back with pleasure. Her saliva flowed.

She reset her gaze, and there he was, close in, staring into her eyes.

She touched his strong jaw, freshly shaven, letting herself feel thrilled by his masculinity. “I can only let go like that with you.”

The look he returned was one of surrender. She marveled at that. She was supposed to be the submissive one, and yet during their play, they both surrendered, to each other.

“You have no idea how glad I am to hear that,” he said.

Funny that he would say that, as she knew exactly how it made him feel. It was part of what drew her to him, his need to know their connection was real, that her responses to him were unique. And they were. He was the only dom she’d ever trusted like this, the only one who could unlock her body.

The only one she loved.

Following her craving, she moved his hands where she wanted them. “Please,” she said. “I need you to hurt me.”

He knew to smack her where she was fleshiest, and to do it until her skin turned pink, but no more. He knew she enjoyed the feeling of the silk ties against her wrists. He knew when she parted her lips just so, her tongue wet, to slip his thumb into her mouth.

He would know the sound of her sigh across a crowded room.

But he did not know her name. She was only “Dandelion” to him, the nickname at once soft and tough. At work, or even randomly at home when he should have been watching himself more carefully, he would smile, thinking of her as pretty like the dandelion’s flower, but with roots he couldn’t rip out of himself if he tried.

Only once, in the beginning, did she have to use their safe word. The name of a bird: robin. “It makes me think of flying away,” she explained. Her eyes were coy, but he heard the sadness in her words.

He didn’t want her to have to escape. He wanted her free, to choose him. He wanted them both to be free.

But they were each in their own cage. 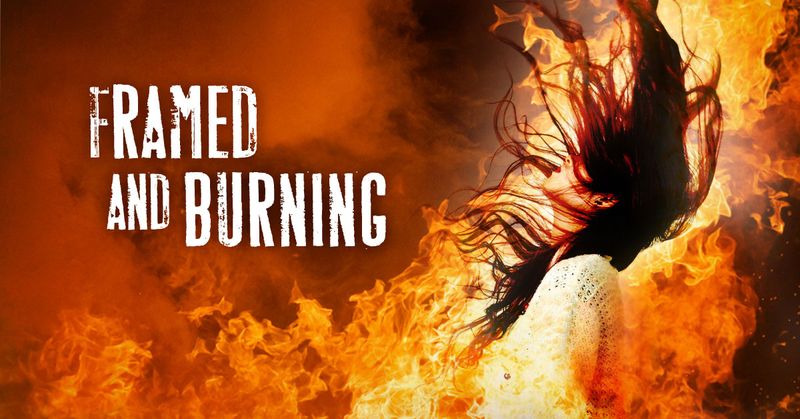 Recently I was notified that my novel Framed and Burning has been nominated for the prestigious RONE award, which recognizes the best of indie and small press published books in 2015. There are three rounds to determine a winner: 1) selection by reviewers, which is how I was nominated, 2) votes by readers to choose finalists, and 3) of the finalists, judges select the winner.

Number 2 there is where you come in. Voting kicks off tomorrow! Yes, that's right. Monday, May 16. You have just this week to enter your vote. The polls close Sunday, May 22.

How do you vote? Simple:

If you're new to the Dreamslippers Series, you can read more about Framed and Burning here and the first book in the series, Cat in the Flock, here.

According to the award hosts, here's what winning means:

We at InD’tale Magazine have put in an incredible amount of time and effort to create and present the most credible and prestigious award in the industry today. Our three-round system of elimination covers every facet - highly reviewed, loved by fans, and critiqued by qualified judges. No other award system today compares, making the RONE award the very highest of honors bestowed on a novel in the publishing industry.

So, yeah, this is a pretty big deal. Please take a few minutes to vote. And thank you for doing so! 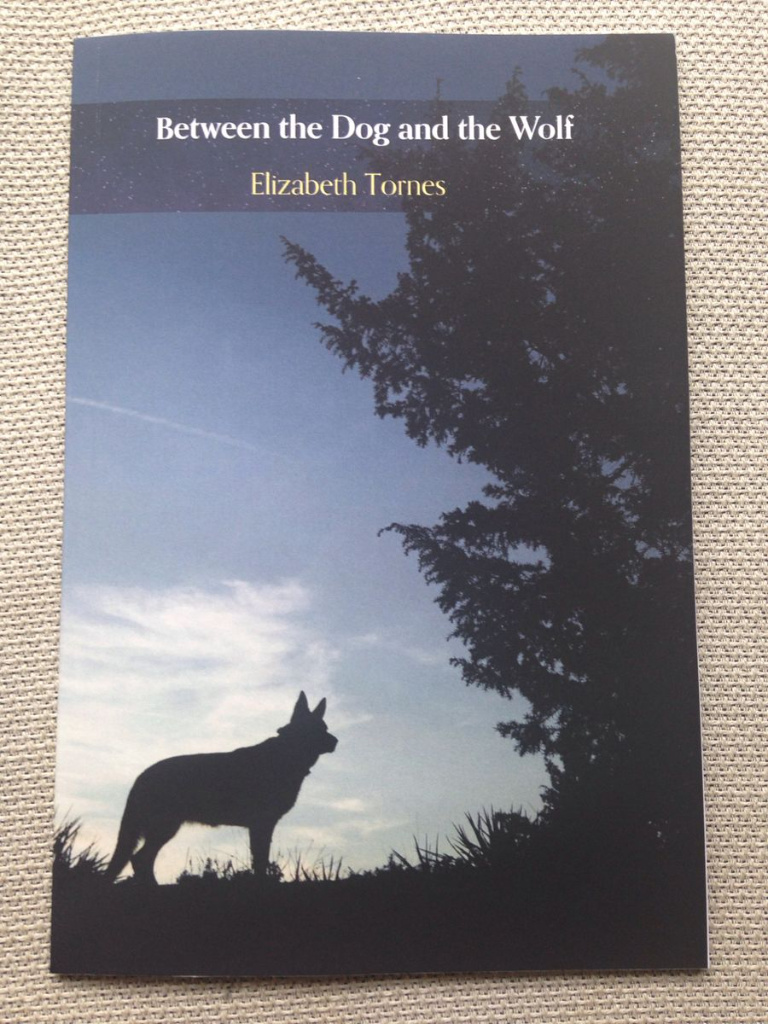 I had just made a commitment to myself to scale back on activities (such as this and this) that don't have a chance of producing at least some kind of income. At the top of the list is poetry, which actually manages to cost me money and gets ignored when I post about it across social media (this should surprise exactly no one). Poetry had to go, or at the very least, I can only indulge in poetry during April, for National Poetry Month.

And then two things happened.

First, a woman I barely know here in town took it upon herself to a) buy a print copy of my poetry collection from our local bookstore and read it, b) give it to her daughter to read c) rave to me the next time she saw me in our dance class and d) post a review of the book on Amazon.

"Her language is perfect as it is," she writes in her review. "Each poem a wide eyed tribute to the bits that make up our lives."

Readers tend to respond to Broom of Anger in a very personal way, and I have to say these reactions have been some of the most gratifying of my career.

The other thing that happened is this: My cousin gifted my book to a poet friend of his in Wisconsin, and she liked it so much she gave him a copy of her poetry book to send to me. In the inscription, she wrote, "With admiration for your work!"

The book, Between the Dog and the Wolf, pictured above, was published by Five Oaks Press as the winner of their 2015 "Say Elves" Contest. For one of her other books (she has three), Elizabeth Tornes won first prize in the 2012 Wisconsin Fellowship of Poets Chapbook Contest.

It's a lovely collection that time-warps me instantly to the Northwoods of Wisconsin, where my people are from. The link of spirituality and nature also resonates with me. Here's a sample:

They are still with us,

wind through the pines. They echo

and their long-lived lives.

they gave us when we slipped,

the kind looks and words,

a balm for soothing a heartache.

I miss the grandmothers

who gentled me, who taught me

how to speak, and give to others.

How to go beyond the self

to hear the pulse of the barred owls

the high-pitched songs of frogs

that lift the swamp

in the early evening,

the voice of the Creator,

if we would only listen.

So there you have it. Poetry won't buy me groceries, but good words and a free book are great poetic karma.

One more thing: Hat-tip to my cousin Jay Halminiak for fostering poetic relationships! :)

And one ONE more thing: Happy Mother's Day!

What I'm Reading: The Game of Love and Death

The Game of Love and Death by Martha Brockenbrough
My rating: 5 of 5 stars

What a brilliant premise for a novel, a game between Love and Death, two supernatural beings who can inhabit human form. The author, who loves games and has written for Cranium and Trivial Pursuit, pulls this off with an engaging drama that is both poignant and satisfying. Though the chapters are unusually short, the reader comes to read them as "moves" in the game. The game itself is riveting, the moves of both players almost never failing to surprise. Set in 1920s Seattle, this is also an historical novel, and Brockenbrough's recreation of the time and place seem deeply authentic. Both pawns in the game are heroes well worth rooting for, but darned if you don't end up caring about their crafty, strategizing players as well. A highly recommended read.