I'm a Finalist for the Nancy Pearl Book Award!
Guest Blogger: My Secret Writing Walk, or How Spirituality Guides My Writing Life 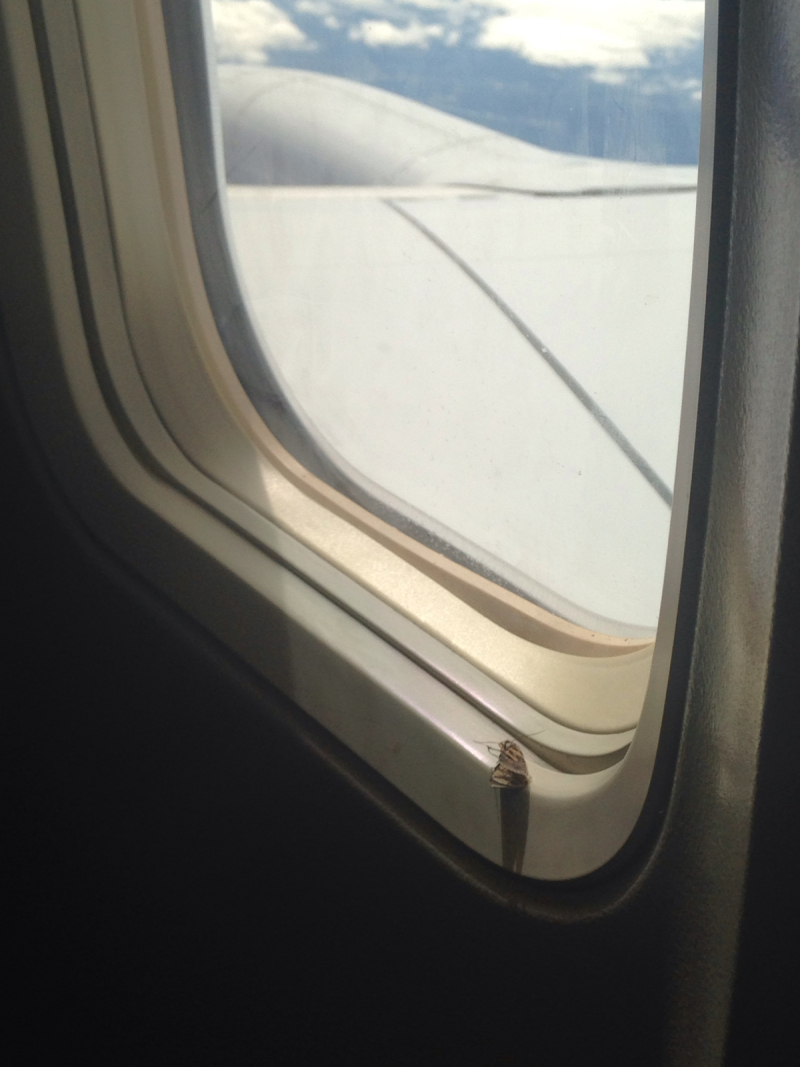 It seemed to rest there, on the windowsill.

This Sunday I flew back to Seattle from St. Louis, MO. About half way into my return flight, so two hours in, a moth fluttered up out of nowhere and beat its wings against my window glass, then came to rest on the sill. I'd never seen anything like it before. It was strange, watching a moth try to get out--where there was no getting out at all.

I was still reeling from the breaking news about Orlando.

Just two days before, someone close to me told me he believes that homosexuality is wrong, that Jesus said it is a sin for a man to lie down with a man. When I lived in St. Louis twenty years ago, I was a progressive student activist, and a fighter by nature. My intellect had been forged by the rigors of a Jesuit education, I knew what was what, I was out to save the world, and I'd acquired a silver tongue for debate. Back then, I would have Taken. Him. Down. And I have--over the years, we've had some shut-outs, let me tell you.

But these days I'm more interested in being happy than I am in being right. In our limited time during my visit, I didn't want to spend it arguing about politics. I try to approach such differences with patience and expansiveness. I knew I wasn't likely to change his mind, so I told him I couldn't disagree more but that I respected his right to his beliefs, as long as he didn't violate any laws. I thought it was interesting that he said that if he were a baker he would gladly bake a cake for a gay wedding, as that's business, but that he believes homosexuality is a choice, and the wrong one.

It's hard when someone you love seems to judge others for their love.

I couldn't help but think of our conversation when I read the first reports about Orlando. But on my own social forums, I was speechless. My silver tongue had no words. Then a good friend posted to his Facebook page something beautiful and sad and just right: 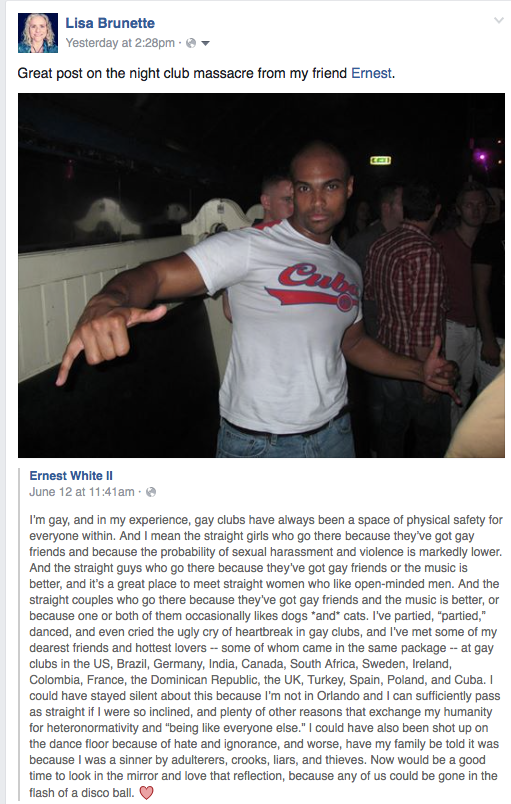 A few nights before that conversation about whether or not homosexuality is wrong, I'd had this strange experience while driving around St. Louis late at night. Like a panic or anxiety attack, I felt a sharp pain in my chest, and my hands went damp. These symptoms coincided with a very clear realization: That I would one day cease to exist. Now it could have been triggered by the heady experience of being back in a part of the country where I practically grew up, having lived there from junior high up through high school, college, and for six years of adulthood. I kept comparing everything to twenty years ago--the city itself, which has changed dramatically, my family members, my friends. I've changed a lot, too, and not just in my penchant for debate. But it wasn't just that. I felt the unfairness of mortality. While I have no regrets about the choices I've made, I think like most people I've spent too much of my life in anguish over being hurt, or angry at those who've done me wrong, or worrying that I'm not good enough or skinny enough or I'm not this or that. There is so much I want to do, and I don't want to waste any more time in a comparathon or with people who don't return back the energy I spend on them or in berating myself for failings, whether real or imagined. Because it could all be gone, the time I have left to do the things I need to do. Like Ernest says, in the flash of a disco ball.

Today I read through some of the bios of the Orlando victims, looked at pictures they'd posted to Facebook and elsewhere. They were all so young, so beautiful. Did they know it? Did they feel it? They stare at the camera, some of them, as if to say, Do you see me?

I assumed the moth was just resting there on the windowsill of my plane, and I looked forward to seeing it flit outside with all of us when we exited. I'd even considered ways of helping it find the front door. But then I saw that it was listing unnaturally, off to the side. Its antennae quivered, then stopped. When it died, it lost its hold on the sill--and fell.

My husband tells me that when the police stepped into the club, there was a cacophony of ring tones coming from the cell phones of the dead. All those loved ones on the other line. Are you there? Are you OK? Please tell me you're OK. Please. I love you.