This month I offer you books in two's: two indie/small press books by authors I know and two Christmas-themed novels just in time for the holidays. First, Martha Crites is the author of Grave Disturbance, put out by new Seattle indie Rat City Publishing. She and I were both finalists for the Nancy Pearl Book Award this year. Next is Karen Musser Nortman, the indie author of a quirky camping mystery series. She was also the first-ever recipient of the Granny Grace Award for Outstanding Women 40+. The other two books that caught my fancy are from rock-star big names.

When you read these, tell us what you think in the comments, and as always, review the books on Amazon and anywhere else you can. Studies show reviews sell books, and that when books sell, authors can afford to write more of them! 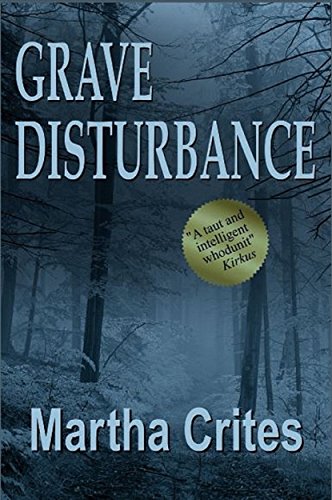 Grace Vaccaro works as a mental health evaluator--if a person is a danger to self or others, she orders hospitalization. When a paranoid man she just released is found bludgeoned to death on the banks of the Snoqualmie River, Grace wonders if she could have done more to help him. When her neighbor is found dead in the same location, she suspects a connection.

Grace's search for answers leads her from a Seattle homeless encampment to the rainy forests of the Cascade foothills. The results are never clear. A Mexican immigrant fears deportation and refuses to talk to the police. A Native American elder works to conceal the location of ancestral gravesites. And a pregnant woman Grace just evaluated is terrified. Are her statements delusional or does she have information leading to the murderer?

As Grace comes closer to the truth, her quiet home is invaded and she is the next target. She must face the killer alone and learn how far she will go to protect herself and others. 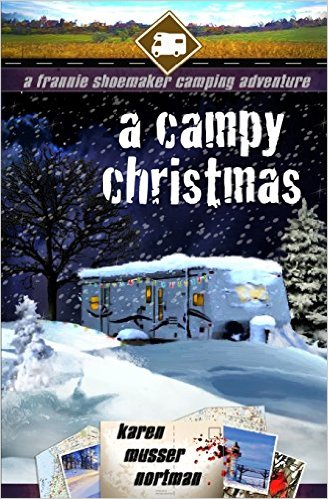 This is book six in the Frannie Shoemaker Campground Mysteries Series.

A holiday novella. The Shoemakers and Ferraros plan to spend Christmas in Texas with Larry and Jane Ann’s brother and then take a camping trip through the Southwest. But those plans are stopped cold when they hit a rogue ice storm in Missouri and they end up snowbound in a campground. And that’s just the beginning. Includes recipes and winter camping tips.

The Mistletoe Murder by P.D. James 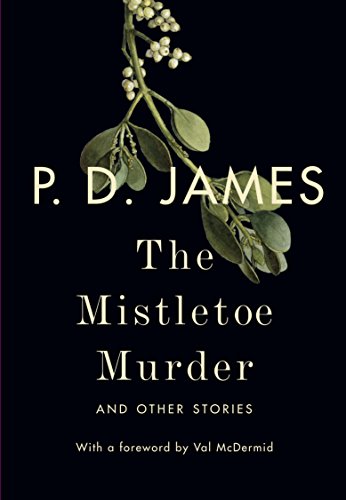 The newly appointed Sgt. Dalgliesh is drawn into a case that is "pure Agatha Christie." . . . A "pedantic, respectable, censorious" clerk's secret taste for pornography is only the first reason he finds for not coming forward as a witness to a murder . . . A best-selling crime novelist describes the crime she herself was involved in fifty years earlier . . . Dalgliesh's godfather implores him to reinvestigate a notorious murder that might ease the godfather's mind about an inheritance, but which will reveal a truth that even the supremely upstanding Adam Dalgliesh will keep to himself. Each of these stories is as playful as it is ingeniously plotted, the author's sly humor as evident as her hallmark narrative elegance and shrewd understanding of some of the most complex--not to say the most damning--aspects of human nature. A treat for P. D. James's legions of fans and anyone who enjoys the pleasures of a masterfully wrought whodunit. 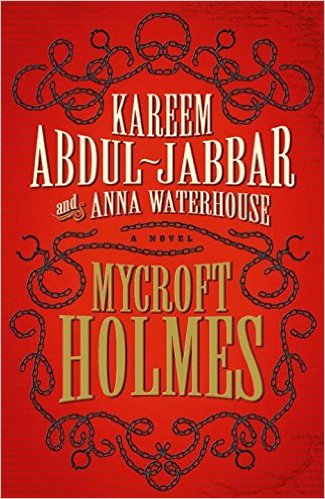 Fresh out of Cambridge University, the young Mycroft Holmes is already making a name for himself in government, working for the Secretary of State for War. Yet this most British of civil servants has strong ties to the faraway island of Trinidad, the birthplace of his best friend, Cyrus Douglas, a man of African descent, and where his fiancée Georgiana Sutton was raised.

Mycroft’s comfortable existence is overturned when Douglas receives troubling reports from home. There are rumors of mysterious disappearances, strange footprints in the sand, and spirits enticing children to their deaths, their bodies found drained of blood. Upon hearing the news, Georgiana abruptly departs for Trinidad. Near panic, Mycroft convinces Douglas that they should follow her, drawing the two men into a web of dark secrets that grows more treacherous with each step they take...

Written by NBA superstar Kareem Abdul-Jabbar and screenwriter Anna Waterhouse, Mycroft Holmes reveals the untold story of Sherlock’s older brother. This harrowing adventure changed his life, and set the stage for the man Mycroft would become: founder of the famous Diogenes Club and the hidden power behind the British government.