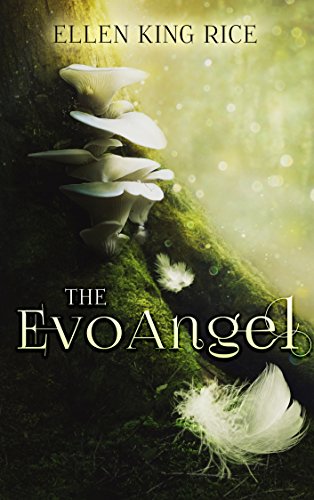 Debut author Ellen King Rice explores the mysterious world of mushrooms in this "What's the Motive?" post. A former wildlife biologist, Rice discusses epigenetics and the genesis of her character Edna Morton, who one day begins to sprout feathers.

Proteins. That was my motive. Thank goodness for you, dear reader, I wasn’t interested in high fiber at all (your inner life of fiber is, please, Dear God, your business). For years I’ve been curious: why don’t we see people breaking out in feathers? Feathers, after all, are made of the protein keratin. We produce one type of keratin in our fingernails and hair, so why, oh why, couldn’t a ‘mature' lady break out in angelic feathers instead of coarse chin hairs?

From my years as a biologist, I knew that all life is in a state of constant experimentation. We also know that there are ancient pictographs showing people with wings. Is it possible that there have already been people with feathers? Could that be the origin of our angel stories?

As I mulled over the idea of modern bodies changing to produce a new protein, I realized I would need a trigger for this new pathway. Peter Parker was bitten by a radioactive spider before changing into Spiderman. What could I use?

One day I was making my tortuously slow ambulation out to the mailbox when I saw a flush of mushrooms peeking out from the undergrowth. Hmm. Could mushrooms trigger anything in a person? I went inside, mulling this idea. A few minutes of Internet searching and . . .  Holy Mother of God! Fungi are everywhere! (There are molds in the shower with you when you are naked and alone. Very creepy.) Not only are there millions of species of molds, yeasts, and mushrooms lurking everywhere, but some of the species absolutely have the ability to unspool dormant portions of human DNA. I had my trigger.

I began writing The EvoAngel in 2011. It was a stop-and-go process because a very new science was unfolding daily in the news: epigenetics. All DNA for all species has the ability to respond to environmental changes--and the really gobsmacking amazing thing? Once a DNA section is activated or stored, that change can be passed down to subsequent generations. I was writing a gallop through the woods of the Pacific Northwest as a fun thing to do. The more I learned about epigenetics, the more I realized how important it is for everyone to understand this new science.

Ever beat yourself up? Ever struggled to lose weight, be happy, quit drinking soda pop, or be less anxious? There can be a genetic aspect of each of these struggles--and, even more powerful to know, is that the responsible genetic switches can be jiggled from “on” to “off.” This is huge for mankind. It means that many things that have been regarded as “moral failings” are, instead, part of our cell structure. Furthermore, we don’t have to surrender to the situation. We can take charge and change--and we can do so in ways that will make our descendants healthier and stronger.

Alas, some of the science is more than a little tedious (Go ahead. Try murmuring “DNA methylation at the Cytosine juncture” into the ears of your beloved and see if you garner anything more than snores.) If I was going to keep readers interest on the science of feathers, mushrooms and epigenetics I clearly needed...lots of sex. Oh, dear. Could I really manage that? Hmm. Villains could help. So might a large adorable dog.

Buoyed by the reality that barnacles really do have an inflatable penis that is fifty times longer than the average barnacle body, I did my best to add in enough sex, villainy and puppy charm to keep the pages turning.

The end result is a story about an elderly mushroom hunter, Edna Morton, who has sprouted a feather. A trip to the local health clinic exposes her to an ambitious and aggressive physician who wants to take control of Edna and research this new biological oddity. The EvoAngel is a good gallop through the woods of the Pacific Northwest. It is part adventure, part science class, and totally fungi-friendly. My motive is to change the way you see your body and your world while making you laugh, gasp, and blink. All these things go well with a glass of wine and a slice of cheese, so prepare yourself and let’s begin...

Review The EvoAngel on Amazon. 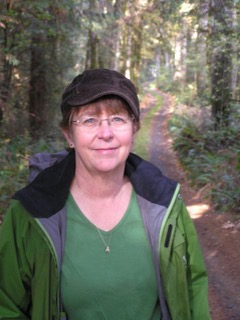 Ellen King Rice is a former wildlife biologist whose fieldwork was ended by a back injury. She has reinvented herself as a writer, artist, and chocolate tester. Besides Amazon, her book can be found in Olympia-area retailers Orca Books, Island Market, and Bay Mercantile. She hosts Mushroom Tuesdays on Facebook. See www.ellenkingrice.com for more.