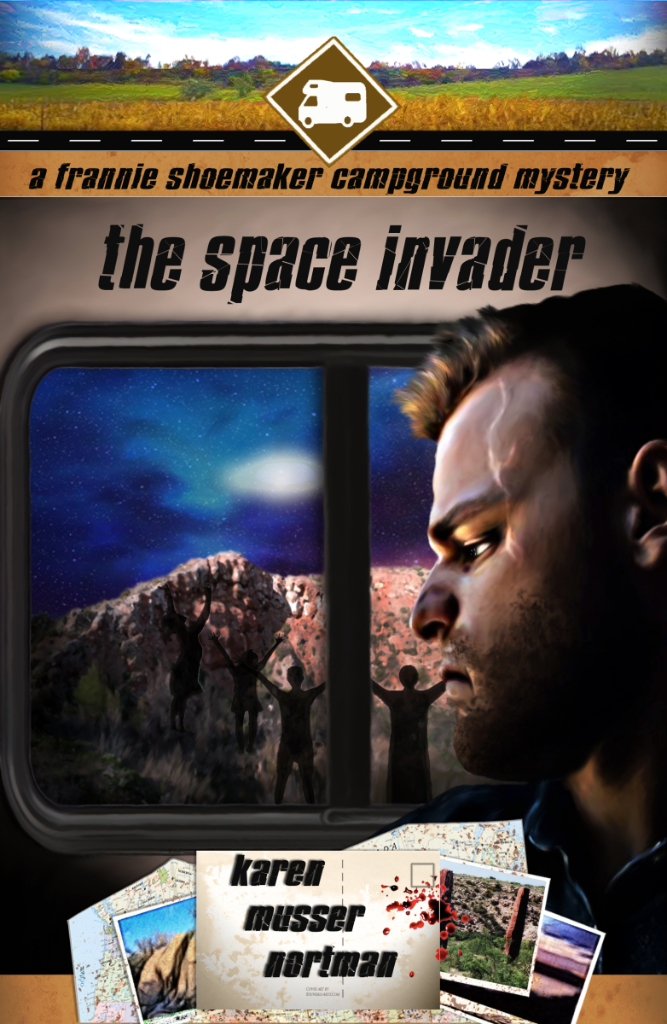 Karen Musser Nortman is a recipient of the Amazing Grace Award for Outstanding Women Over 40. She's also a fellow indieBRAG medallion winner. The latest book in her Frannie Shoemaker Campground Mystery series is really out there, as she explains for the "What's the Motive?" series.

Any time you have amateur sleuths as the main characters in mysteries, it is necessary to create a motive for those characters to become involved in the investigation. In police procedurals or any thriller or mystery where the main character is in law enforcement, it's his or her job to solve the crime. But ever since Nancy Drew and Jane Marple, the author of 'cozy mysteries' must come up with a credible motive for the amateur sleuth to investigate. It requires enough of a suspension of disbelief for the reader to accept that the same person gets involved in murders over and over. How many people have said, "I sure wouldn't want to be Jessica Fletcher's neighbor in Cabot Cove"? So there must be a motive for, in my books, Frannie Shoemaker being a busybody.

Last March, we took a camping trip through Texas and New Mexico. After an overnight at Ft. Stockton in west Texas, we were headed north to Roswell on our way to Santa Fe. Traffic seemed sparse until we came over one of the few hills and saw a line of cars stretching up to a police road block. As we worked our way up to the front, it became obvious that they were searching vehicles—we assumed for drugs or contraband. However, the patrolman explained two felons had escaped while being transported from Santa Fe to Los Cruces, and they suspected they were either being helped or had stowed away in a vehicle.

What does this have to do with motivation in my books? Our camper had been locked since we left Ft. Stockton, so the patrolman said it wasn't necessary to search it. But as we continued on, I thought about the four storage compartments accessible from the outside. Sometimes we forgot to lock one of those, and two of them were large enough to hold a person.

A new book in the Frannie Shoemaker Campground Mysteries began to form in my head. After all, it was a long drive. The main characters are two couples who camp together and occasionally stumble over dead bodies. I tend to have titles before I have stories, and combining of the idea of a stowaway in a camper and the UFO culture around Roswell gave me the title: The Space Invader.

Why would my little group be hanging out around Roswell? One of the four main characters, Mickey Ferraro, is the comedian of the crew—sort of a Don Rickles type—a retired English teacher, guitarist, cook—in other words, a man of many interests. It seemed fitting that he might also be a science fiction aficionado.

This gives the group a reason to plan on a couple of days in the area, and when a man is found dead near the campground wearing Larry Shoemaker's rain gear, the decision to linger is taken out of their hands. So now they have real motivation to help find the escapee. Other turns in the plot make it mandatory.

In previous books in the series, Frannie Shoemaker is motivated to help solve crimes because of accusations against one of their group, danger to their grandchildren, discovering the body or the murder weapon, or isolation from any outside help. Larry Shoemaker is a retired small town cop, so this gives him a little credibility and influence with the local authorities. But readers are not generally willing to accept straight curiosity as a valid reason for interfering in a police investigation. Coming up with a motive for Frannie's interest has become one of the most important motives that I need to settle when working on a new book.

Review The Space Invader on Amazon. 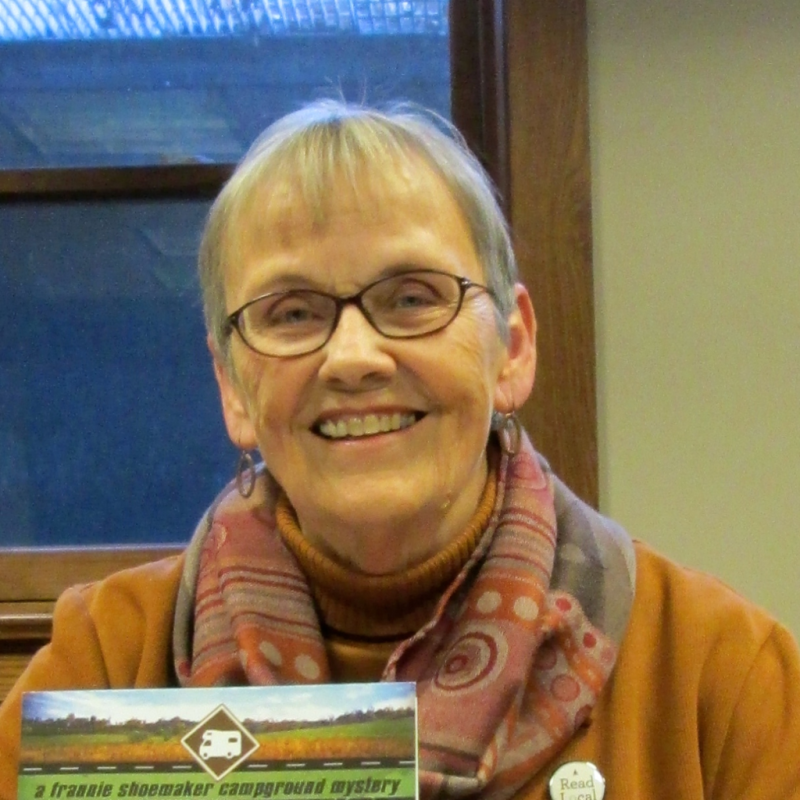