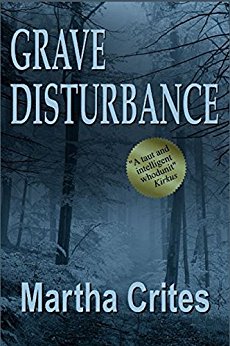 Debut author Martha Crites is a fellow finalist for the Nancy Pearl Book Award. She handles the tricky topic of mental illness with great care and intelligence in her mystery novel Grave Disturbance. Here she discusses how motive can shift and change over the course of the writing project.

I can only answer, “Motives change.”

Did I intend to take on the stigma of mental illness when I wrote my first mystery, Grave Disturbance? Not at all. I just wanted to see if I could write a novel. So, in the time-honored tradition of write what you know, I gave my sleuth a job in the mental health field, like me. Not my exact job, but one a little more exciting. Grace Vaccaro is a mental health evaluator who sees people in the field to determine if they need to be hospitalized as a danger to self or others. I now know that writing a novel is a big project, and my motives have changed over time.

Here’s what happened: When Grave Disturbance was first published, I found myself, like all new authors, needing a little elevator speech to tell about my book. Something like: After a filmmaker working on a documentary about native land rights is murdered, mental health professional Grace Vaccaro realizes that a woman she evaluated may have been a witness. Grace and Liz must sift truth from delusion to unmask the murderer before he kills again.

I had no idea that I would observe the stigma of mental illness first hand when I began to mention my protagonist’s career as a mental health evaluator. People became quiet and uncomfortable at the topic. So, I gave a lot of thought to how to talk about it and decided to mention the issue of stigma up front, at the beginning. Somehow, it helped my listeners find a new lens through which to view the story.

Since Grave Disturbance came out, I often give presentations at libraries. We talk about how I wanted to portray Liz, the character with mental illness, as fully human, a person with talents and hopes, dreams and disappointments. But more than that, I tell them about my current novel-in-progress, which is now taking the stigma head on. I tell stories about the inspiration for a character in my work-in-progress: Marsha Linehan, the University of Washington therapist who bravely faced stigma by telling the story of her own illness to the New York Times after years of silence.

The result? Now instead of silence, audience members ask questions about psychosis, Post-Traumatic Stress Disorder, and more. They tell me about their experiences with family members. We have a conversation I never anticipated, a conversation that is helping me form my second Grace Vaccaro novel with a much clearer idea of my motive.

What I love about the mystery genre is that it can combine entertainment with important issues like mental health, homelessness, and the history of treatment of Native Americans in our region–all in a fast-paced novel that keeps the reader turning pages. And afterward we can talk about it. 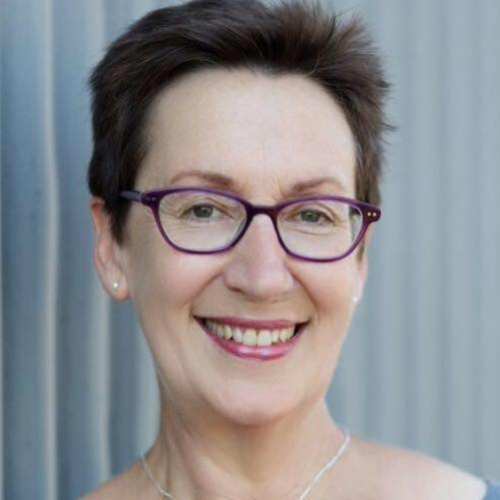 Martha Crites has worked in community and inpatient mental health field for twenty years and taught at the Quileute Tribal School on the Washington coast. Grave Disturbance was a finalist for the 2016 Nancy Pearl Award.