Garden Home Travel Yoga Health & Wellness About Email Sign-Up Contact/Press
How to Spend a Rainy Weekend: Dreamslipping!
How to Visit Seattle Like a Native Even If You're a Newcomer

What Are Daily Magic and I Dreaming Up? 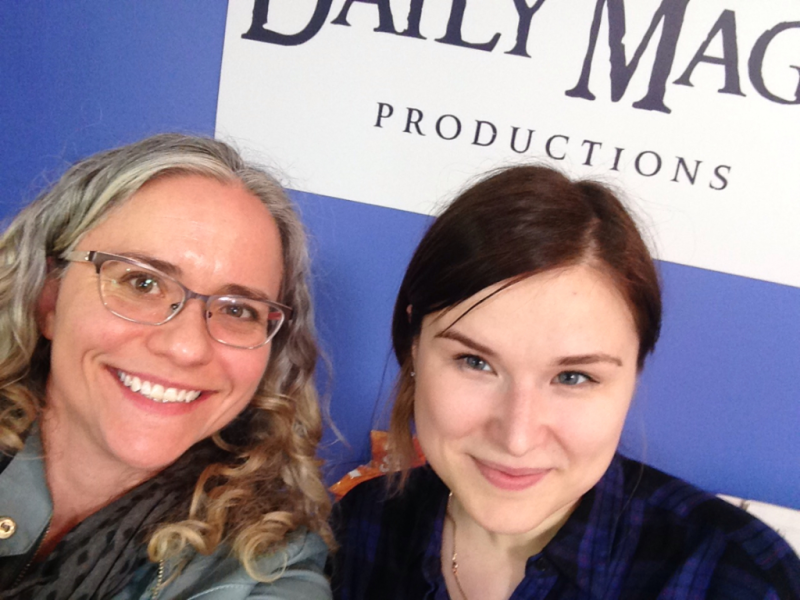 Here I am with Marianna Shilina Vallejo, CEO of Daily Magic Productions, taking an awkward selfie in their Greenwood studio. Awkward for me, anyway. Marianna is naturally photogenic!

Those of you who know me as author of the Dreamslippers Series might've missed that I also write games. With nearly a decade of game work under my belt, I'm something of a know-it-all when it comes to games, at least the story portion of them, and at least games with fairly accessible controls, such as your Wii or iPad. I guess you could say these are "casual" games--although what that means keeps changing. Let's just say I have never written for the type of game that is like what most people think of (usually disparagingly) when they think of video games: anything with a lot of blood and gore in which shooting/killing is the "play." Not that there's anything wrong with those, as some represent the finest storytelling in the medium. But the games I've worked on have been much more mainstream, the gameplay focused on solving mysteries and puzzles, using deduction and intrigue, and standard interactions such as "match three in a row." 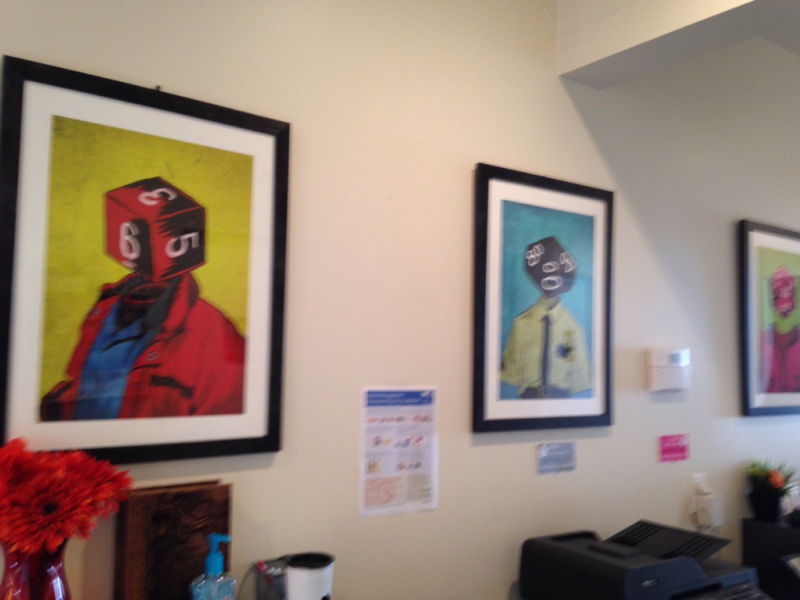 For five years, I served as a sort of story consultant for Big Fish, where my team of narrative designers and I critiqued and edited games designed by studios all over the world. We dedicated ourselves to helping our partner developers make the stories in each game as compelling as they could possibly be. One of those partners was Russian studio Daily Magic Productions, which is how I first met Marianna Vallejo, pictured above.

As narrative designer on most of Daily Magic's games for Big Fish, I helped design and edit the Dark Dimensions, Sable Maze, Ominous Objects, and other series, so Marianna and I have in effect been working on games together since 2011. Flash forward to last fall, when we met to talk about working together as independents on something different than the hidden-object puzzle adventure games we made for years. 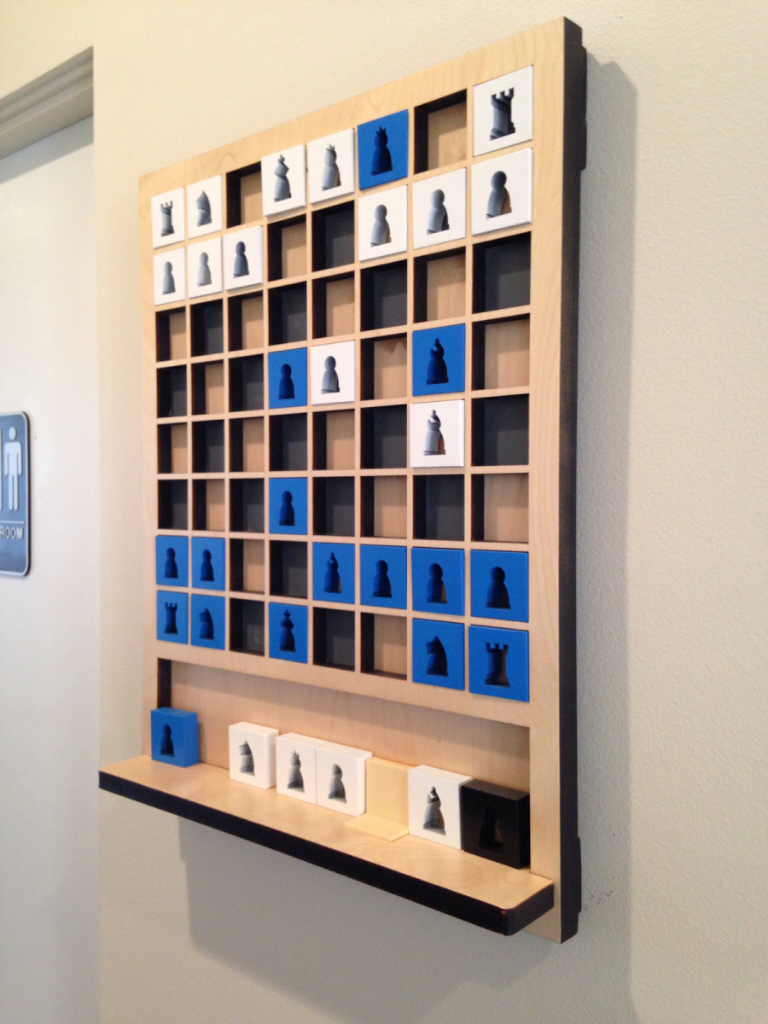 I think this is a game. I don't know. We were too busy working to play it. Sometimes, that's how it goes.

Different, yes, but also building on what we know how to do well: tell stories in games, integrating the narrative with the puzzle play for the enhancement of both, and ultimately, the player's highest enjoyment.

Marianna and I were on the same page about what interests us in games and where we think they can go. We decided to make one together, and it releases this summer. I can't wait to tell you more about it! For now, here's the trailer: 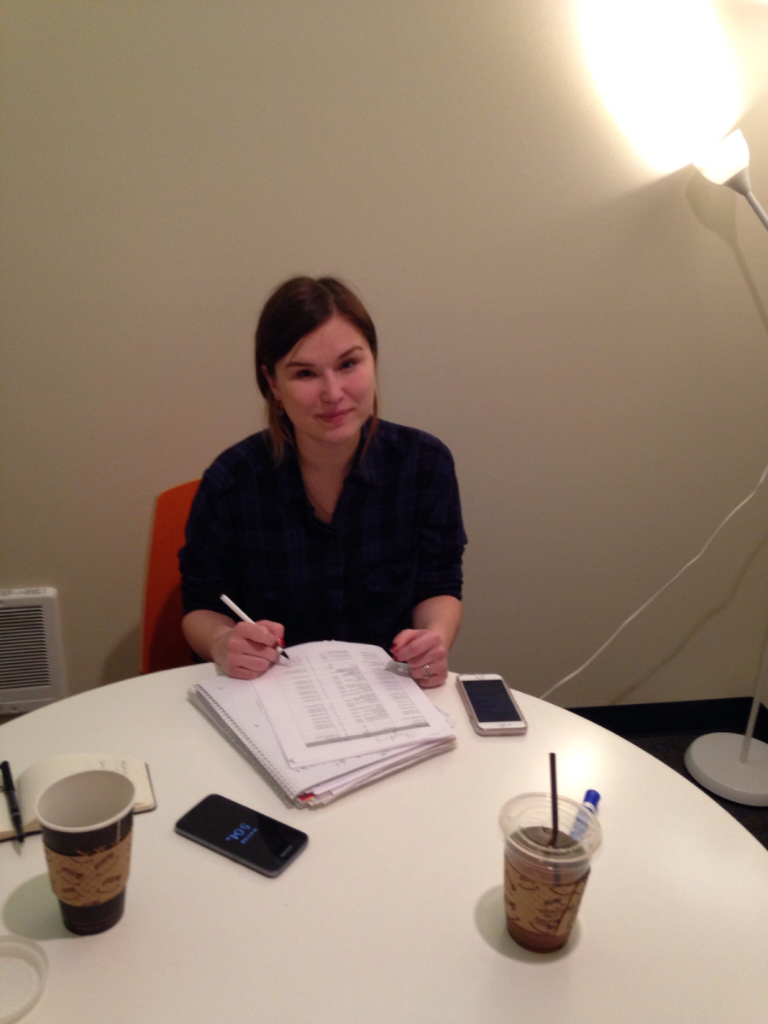