How to Spend a Rainy Weekend: Dreamslipping!

Get the Entire Dreamslippers Series on Ebook for 75% Off 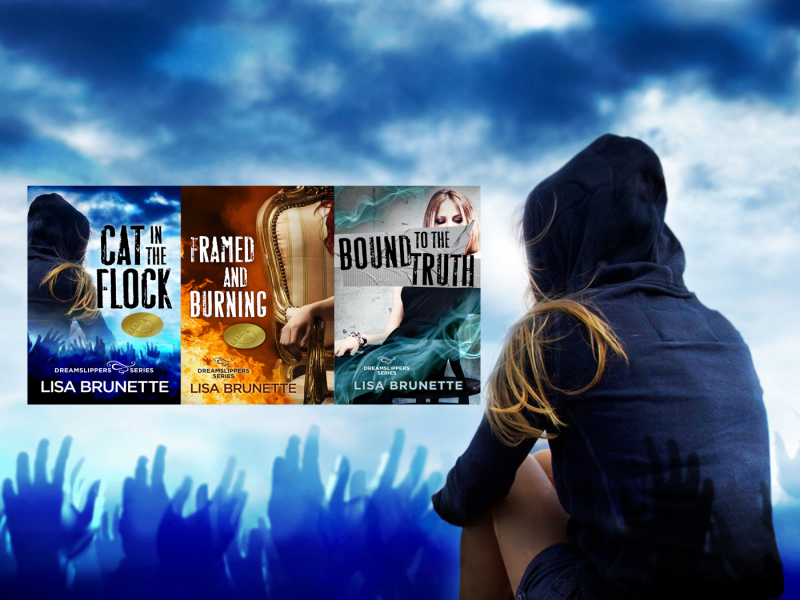 It's May and still raining here in the Pacific Northwest, which probably explains why we're such a readerly culture. Nothing says "stay home and read a book" like nine months of near-continuous grey skies. So to ease you in this time of need, we've slashed the price on the Dreamslippers Series boxed set by 75%. That means you can get the entire award-winning series plus the bonus story for only $2.99.

The sale applies to the boxed set, which is on ebook only and available pretty much wherever ebooks are sold, for any device in any format.

Pass this on to your friends! Word-of-mouth sells more books than anything else. And do post a review of the boxed set when you're done reading, whether doing so made you into a committed fan or not. While book one in the series, Cat in the Flock, is up to 75 reviews now on Amazon, we don't have any yet for the boxed set, so potential readers are missing out on Grace and the gang. :( That's just how this works.

Also... exciting news! We're in talks with Hollywood representatives about interest in adapting the Dreamslippers Series to film/TV. Stay tuned...

Posted by Lisa Brunette on 05/13/2017 in Blog, Book Reviews, Bound to the Truth, Cat in the Flock, Dreamslippers Series, Framed and Burning, Romance, Writing | Permalink | Comments (0)