Over the Wing and Into Your Heart 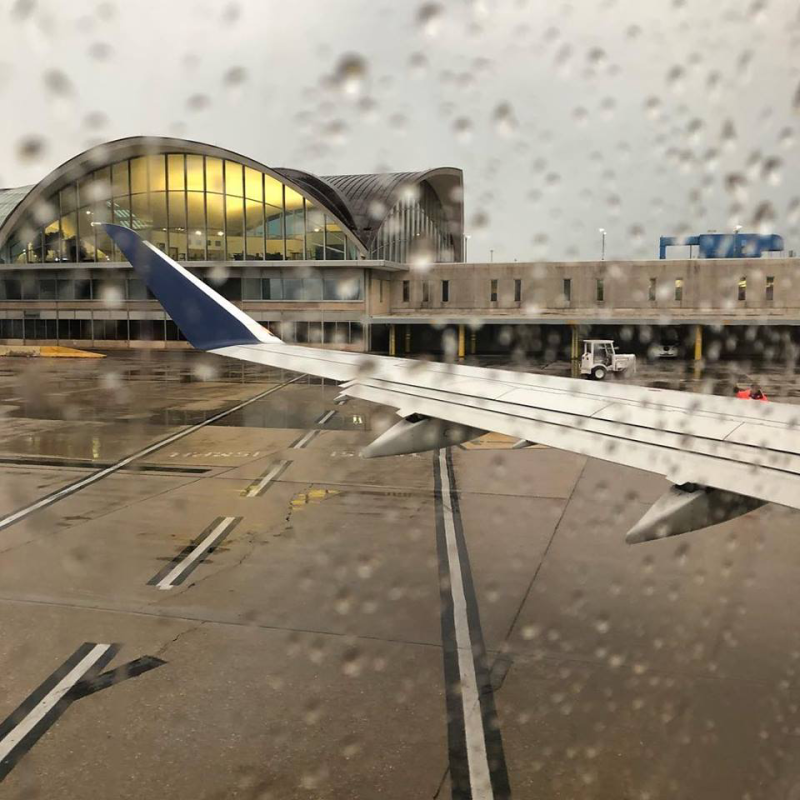 Leaving St. Louis in the rain.

I love a good over-the-wing shot, and this one in particular makes me proud. I snapped it just before we taxied away from the terminal here in St. Louis this summer.

Shots like this capture the drama of travel, the wistfulness of leaving one place, and in this next photo, the excitement of arriving somewhere else, where mountains suddenly appear on the horizon. 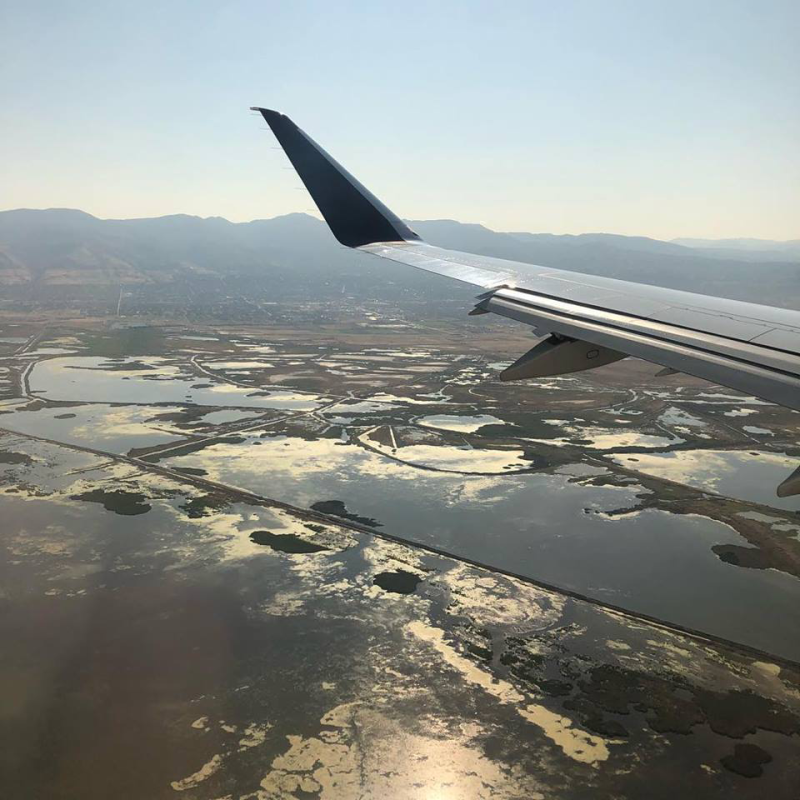 The reason wing shots work, at least for me, is because they provide a context for the aerial view. They orient the gaze to the perspective of the airplane passenger, nestled safely in her cabin, able to lean in and enjoy a view only brought to her by the miracle of flight, something called "lift." (We don't even know why lift works, but it does, reliably.)

Years of studying visual narrative tells me these shots are also rich in story progression, giving us the beginning of the travel tale, the start of the journey. There's forward movement in the shot, too; even with a static image, we can feel the hum of the engines, the rush through clouds and air... All this begs the question, What happens next?

We can look at wing shots in terms of camera technique as well. The perspective in my St. Louis terminal shot above works, with both the ground striping and the wing taking your eye to the terminal, aglow in the early morning storm. The out-of-focus drops cast a watery mood. I had to work really hard with my little iPhone camera (new, still getting used to the updates) to get it not to focus on those window drops. 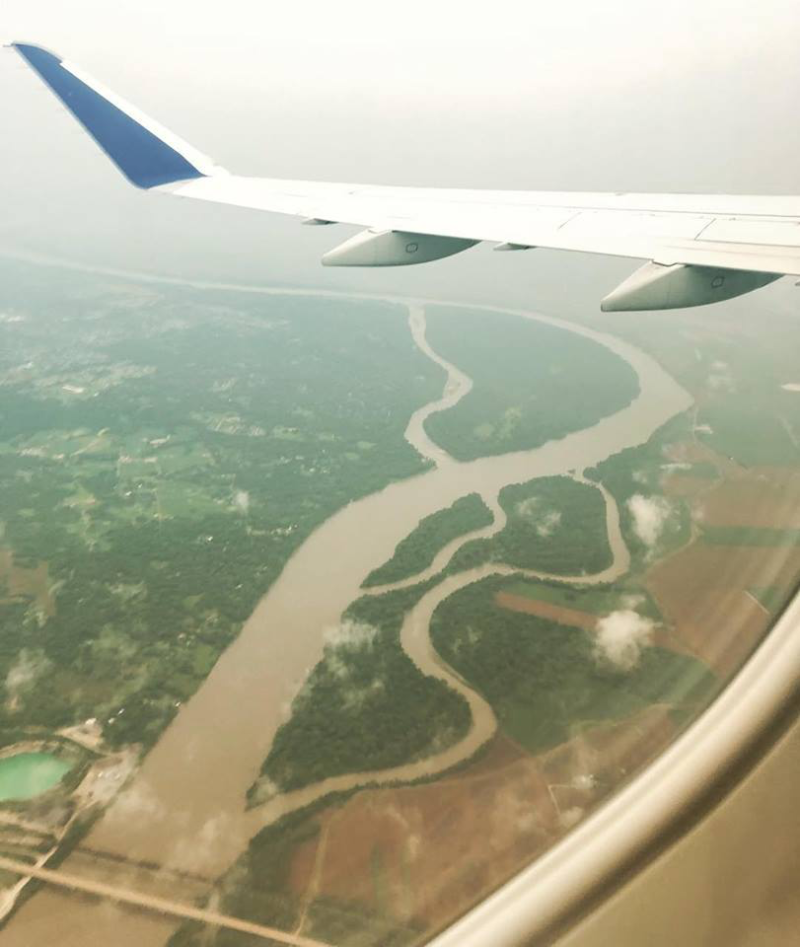 Art from the sky.

In my Google search, I did find one blogger addressing "How to take a photograph out of a plane window," so apparently wing shots are kind of a thing, even if SEO isn't recognizing the phrase. Without thinking about it too much, I followed Darren Rowse's point #5, "look for points of interest." In the above shot, taken during liftoff over Missouri, the meandering rivers are the stars.

Sometimes, you see something you don't entirely understand--and won't forget. This, over Salt Lake City. 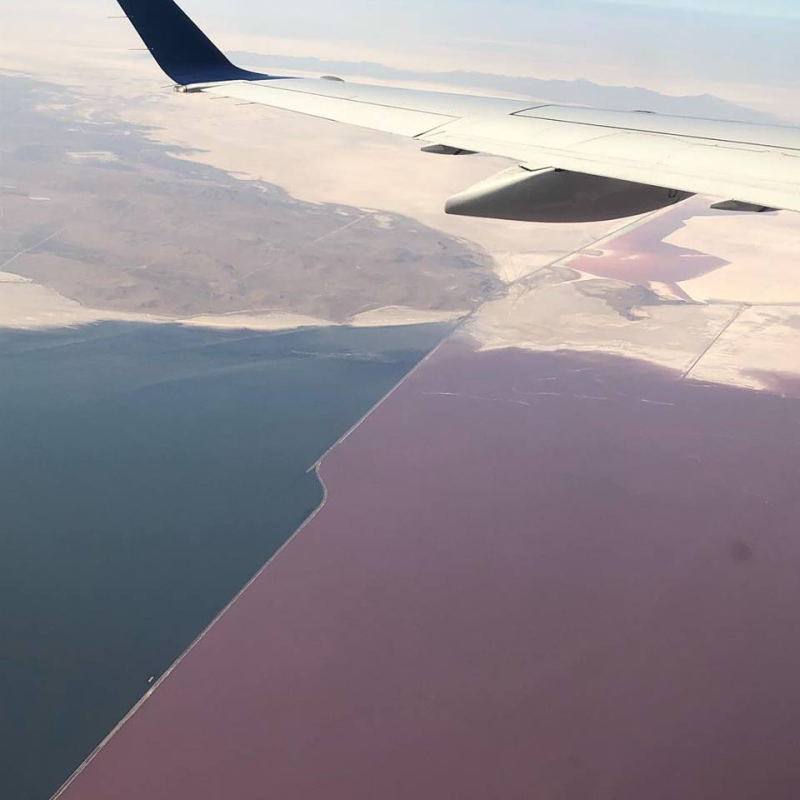 If you know something about these colorful, divided lakes, tell me in the comments below.