A Disturbing Fence Reveal!
Why You Shouldn't Compare Yourself to Yogi Superstars 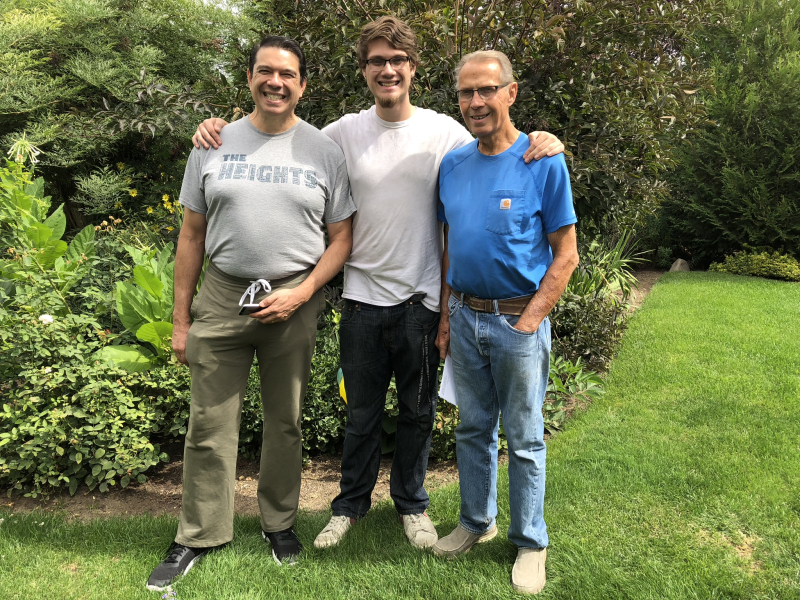 Three generations in the garden. From left to right, myself, Zander (my son) and Don (my father).

Note: This is the first in a series on gardens that have inspired us. First up is Anthony Valterra (the other half here at Dragon Flower Farm, in case you didn't know), giving a lovely snapshot of a garden I've admired ever since we met, as it's in the fam. - Lisa

I don’t have any clear memory of a time when my father wasn’t gardening. Even when we were renting small houses on the outskirts of Walla Walla, Washington, we at least had a vegetable patch. Every year I remember watching my dad buy and plant seeds. Of course, our family also canned fruit, made salsa, and had a root cellar. My father was the son of dairy farmers and my mother the daughter of very poor immigrants. It makes sense that they would continue to see the dangers of the world being mitigated by a small garden and some canned foods on a shelf under the house.

But as time passed, both my mother and father moved from gardens that were purely practical to ones that were a combination of practical and decorative. My parent’s divorced, and although my mother continued gardening, for her it became a hobby. But my father, after he retired from teaching, went pro. He now runs Thompson Landscaping in Walla Walla. And he helps his current wife (my stepmother) Cyndi Thompson with her business, My Grandmother’s Garden. The two businesses are located on their property in Walla Walla, and where one begins and the other ends is probably not terribly clear to someone arriving for the first time. The small cabin that is My Grandmother’s Garden moves seamlessly into the landscape and greenhouses that is Thompson Landscapes. Dear old dad has even had a bit of national recognition with a pictorial of his and Cyndi’s home in Sunset Magazine (about 1989). We're hard-pressed to find a copy, but here's a shot my wife recently took of the entrance to My Grandmother's Garden to make up for it. 'Seamless' is not hyperbolic.

After I had gone off to college, Dad’s interest in and skill at gardening and garden art kept developing. His skill with layout and plants was always good, but it quickly become noted enough for him to be contracted to landscape local wineries, the local community college, and private homes (often of the people who owned the wineries – lots of money there). But one of the more ironic twists in my father’s gardening journey was his discovery that dried grapevines make a terrific artistic medium. My father taught junior high and coached. All his life he has been an avid sports fan – both professional and college. Being a teacher, and a sports fan - he would sometimes remark on the academic potential of college athletes who seemed (at least in interviews) to not be terribly bright. My dad’s go-to comment was that they were taking “basket weaving” classes. 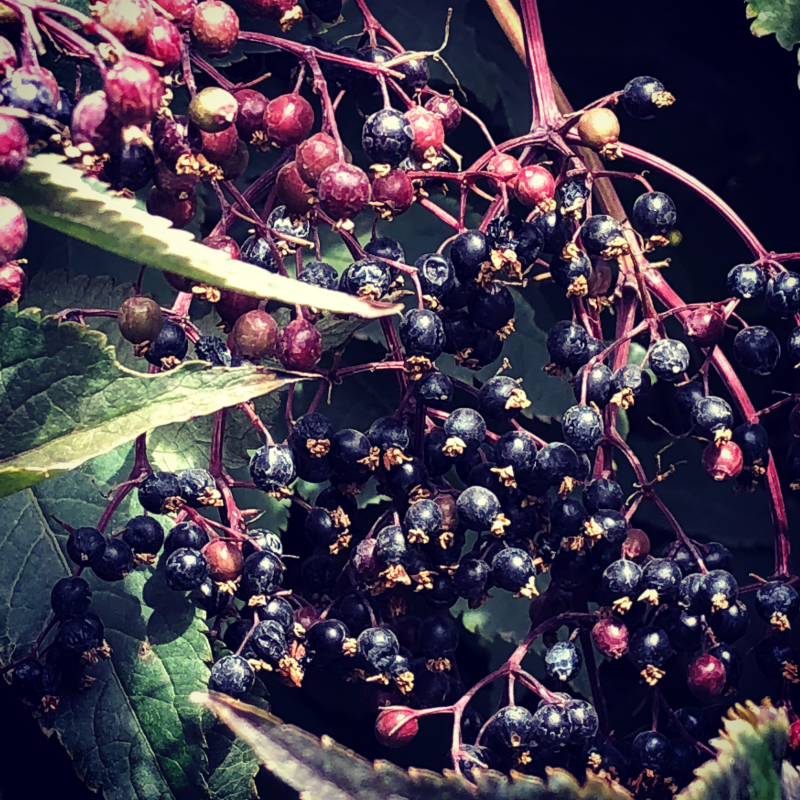 Lisa tells me these are not grapes. Shows what I know.

As I said, my father grew up poor, and so he has the attitude of, "Well, why should I buy that? I can make it myself?" One of the first businesses he and Cyndi tackled was flowers for weddings. And one of the common elements of those arrangements is a "flower basket." They grew the flowers, but where to get the baskets? Dad convinced himself (and his clients) that he could weave them out of dried grapevines. And he succeeded. Thus my father found that weaving baskets was not something to be taken lightly, and also (when filled with flowers for a wedding) could be very lucrative.

A friendly visitor.... wild grasses... and a Honeysuckle Trumpet (not all Dad's plants are natives)

Now in his late 70’s, my father has slowed down. The garden around his home is still immaculate. It is filled with gorgeous flowers, grasses, and trees. He does have some edible plants, but they are mostly planted for their appearance - such as an exquisite dwarf lemon tree - rather than to be eaten. His garden attracts all manner of pollinators and even the occasional wild animal (moose, fox, deer, rabbits have all been seen wandering onto the property). He still has large greenhouses where he grows plants both to sell and for landscaping. But nowadays he spends most of his time designing, and he lets younger hands lift the heavy trees and do the planting.

But if you ever get out to Walla Walla (and trust me, the only reason you would wind up in Walla Walla is if that was your destination) – it is worth a short trip down 3rd street to see My Grandmother’s Garden and Thompson Landscapes.