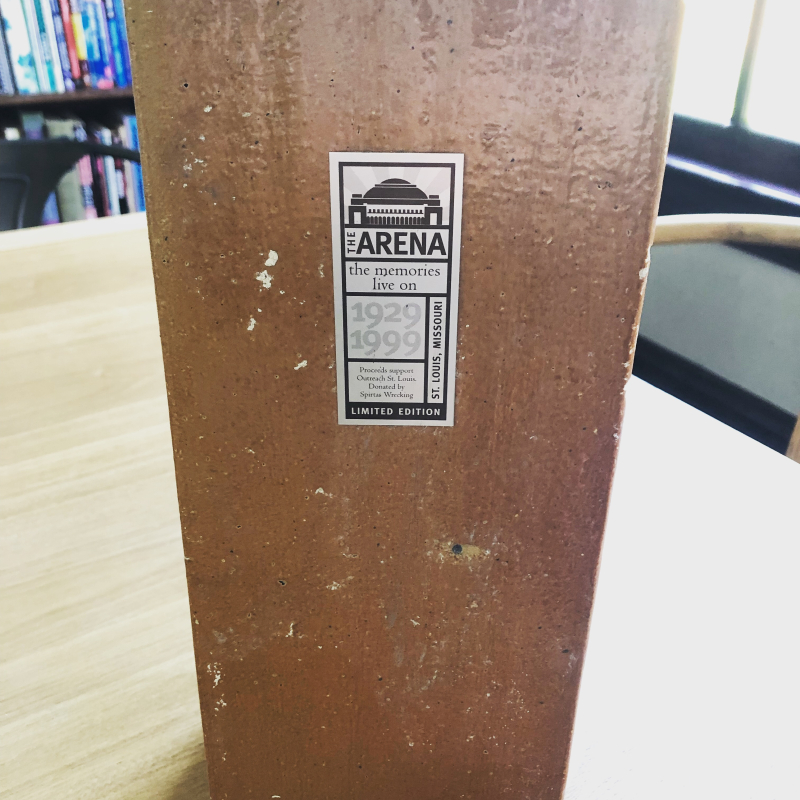 This past Saturday we had a spare moment to catch our breaths and wound up at a place called Architectural Artifacts St. Louis. I follow them on Instagram (@architecturalartifactsstl), where I'd found out they had a crate of bricks salvaged from the St. Louis Arena, unearthed after 20 years.

Built in 1929 and demolished 70 years later, the St. Louis Arena was a sport and concert venue, a place where memories were made. The Blues hockey team played there, so I suspect many of the folks picking up a brick of their own are motivated by the current Stanley Cup playoff. I'm not a huge hockey fan, but even I can appreciate the fervor; the Blues haven't been in the Stanley Cup finals since 1970, haven't won since 1967, and this is the fourth time in history they've made it this far. All over the city, there are signs saying, "Let's Go, Blues!"

But my motivation for combing though the array of blue, yellow, and orange Arena bricks and choosing one to take home was different. 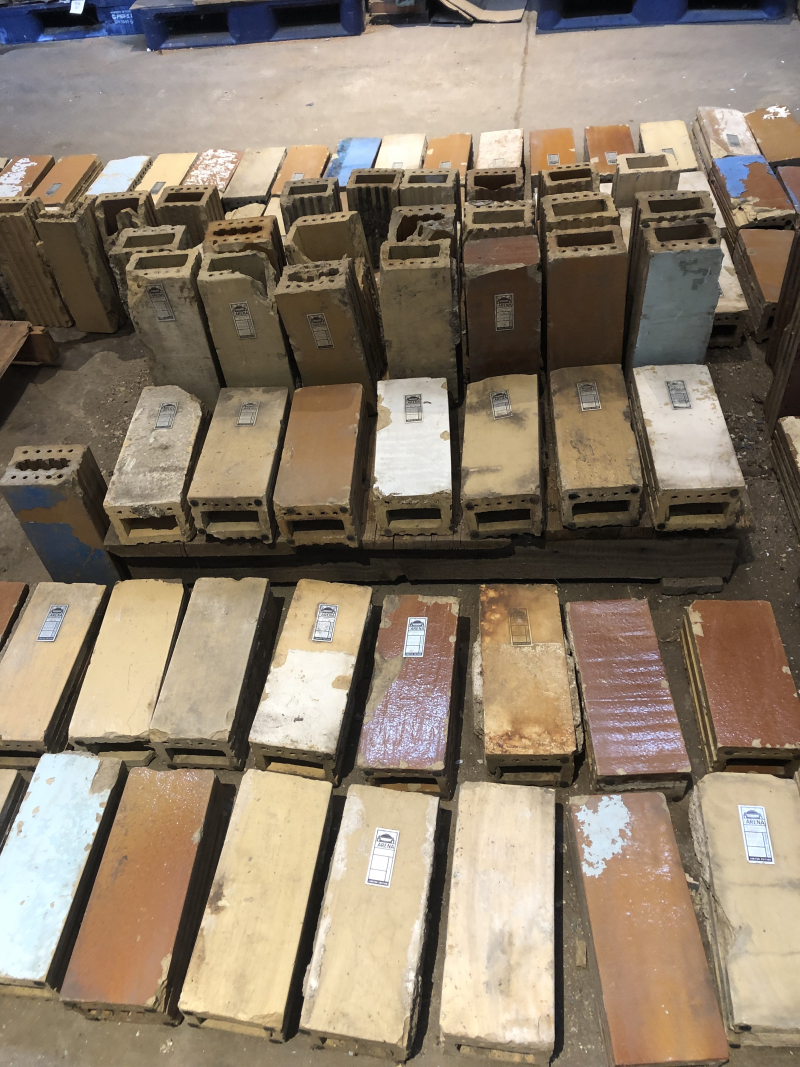 I saw Whitesnake and Poison there, and both L.A. Guns and Guns 'n Roses. I crushed on Joe Elliott when Def Leppard played at The Arena "in the round" in 1988. My boyfriend and I were close enough to marvel over Richard Allen's deft skill in playing the drums with one arm and both feet. Next came Mötley Crüe's Dr. Feelgood tour in 1989. Tommy Lee's drum kit extended out over the crowd, turned him upside-down, and spun. Yeah. I'd played in the rhythm section of my grade school band, so you could say the drummers stood out to me for that reason, but they certainly had their own draw.

I regret missing KISS when my parents grounded me for what I protested at the time were unfair reasons: When my boyfriend and I went to The Arena to get tickets, he parked in neighboring Forest Park to save on the parking fee, and we returned to find the windows on the car broken, his expensive stereo system gutted, huge baseball bat-sized holes in the sides of his Grand Prix. Dealing with a police report and taping up the windows against the cold winter air, we returned home well past curfew, and the grounding was my punishment.

In 1999 when The Arena was imploded, I walked from where I lived just a few blocks away to watch it. I still remember the birds emerging from holes in the ceiling the second the detonation went off.

As many of you know, I've moved back to St. Louis after 20 years away, so this brick marks that occasion for me, too.

While picking up the brick was my main goal, my husband and I also just wanted to check out the salvage finds at Architectural Artifacts. We hope to add some choice pieces as focal points and sculptures as we create Dragon Flower Farm. We have dibbs on a couple of items, like these triangular tiles, large-scale letter blocks, and a sphinx. 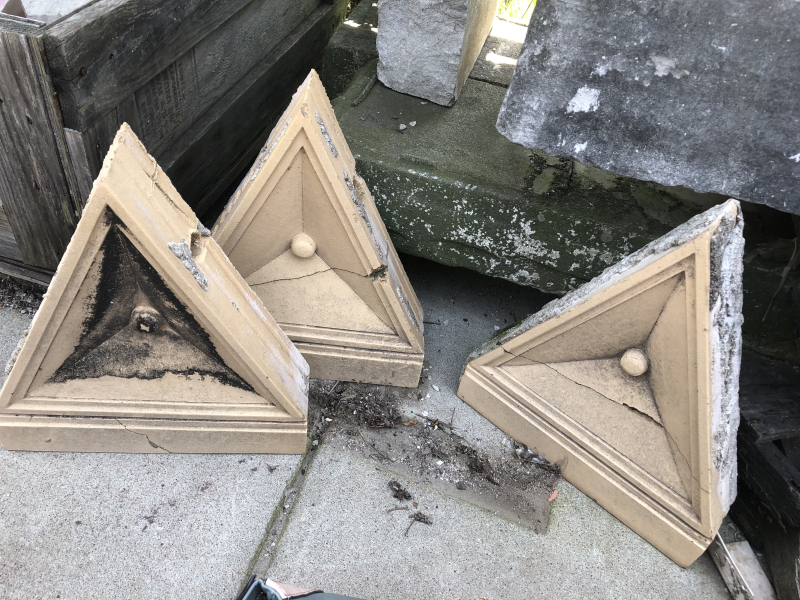 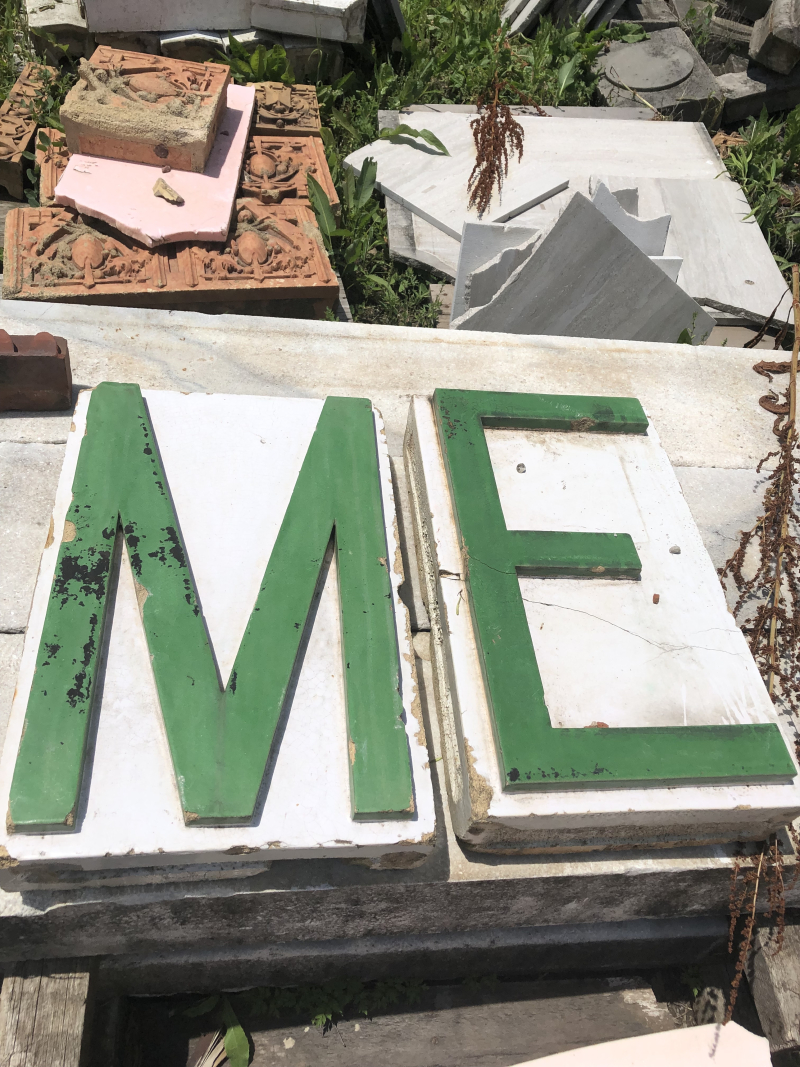 I think I would prefer "We." 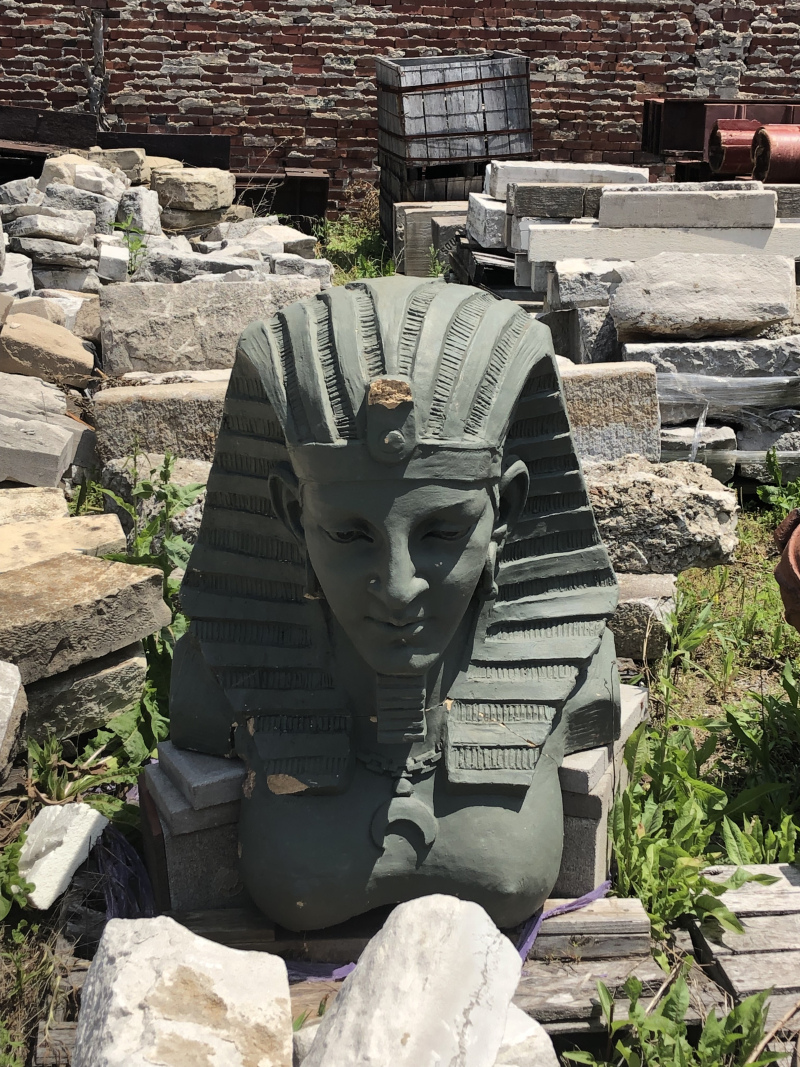 Recovered from an elementary school. The church that bought the building didn't want the Egyptian icon. AASTL has two of them, the other in a bit better shape.

Speaking of getting in touch with one's roots... this year marks my 25th reunion from college (undergrad). As part of the reunion observances and festivities, SLU is creating spotlights on alumni and publishing them in the alumni email newsletters. I mourn the loss of one important professor in particular, so I focused on her for my spotlight: 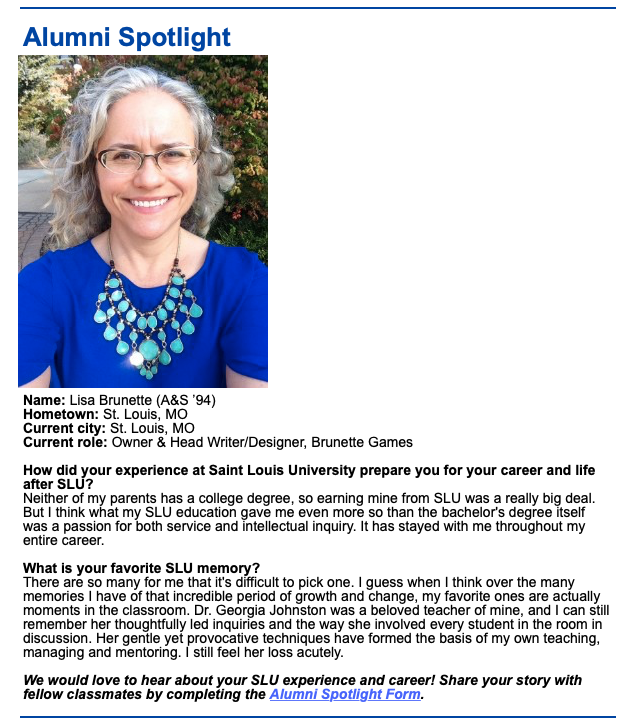 In other news, my yogi detective series, the Dreamslippers Series, has received a couple of features, the first from indieBRAG, as all three books in the series won that institution's medallion, awarded to only the top 20 percent of books submitted. May was mystery month, so the series was included in that. The series was also included in a roundup wiki of top 10 paranormal mystery series, with a video intro here, the Dreamslippers reel starting at 4:04.

A Christmas Gift to My Fellow Missourians