Heading to Helsinki? Here's What You Need to Know
That Finnish Lifestyle Is Hard to Beat 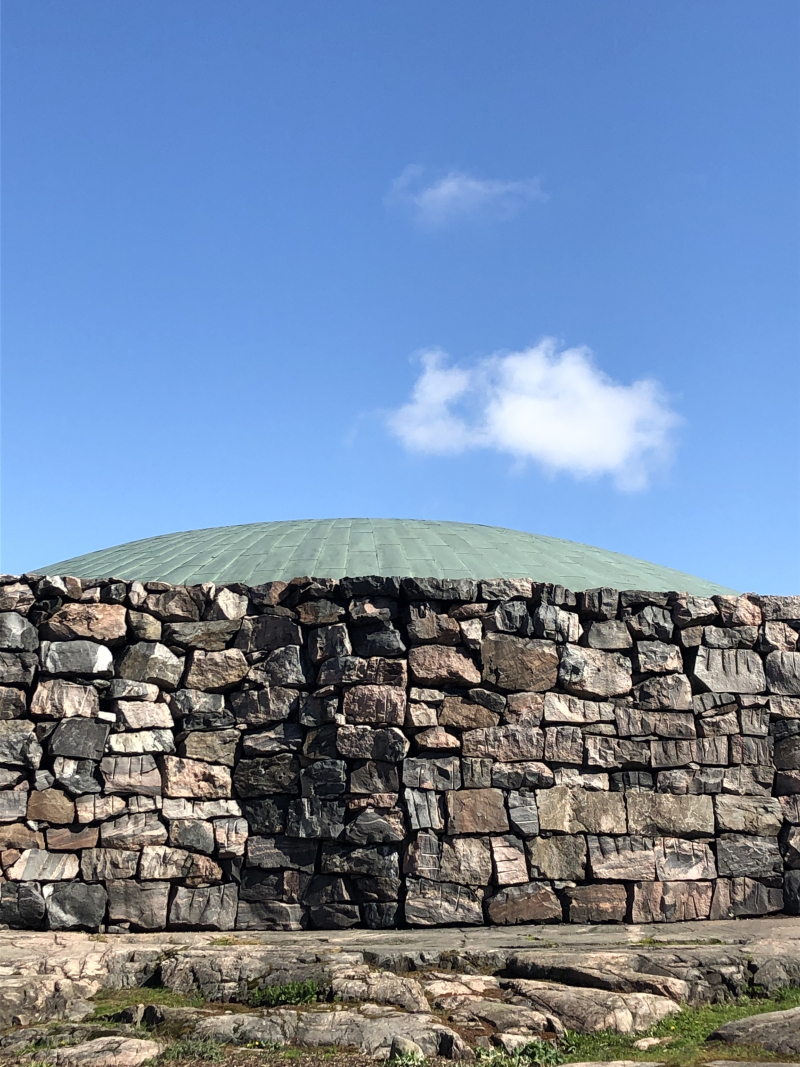 The Temppeliaukio Church, (The Rock).

We only had about three-and-a-half days to explore Helsinki around the time we'd scheduled for onsite work for Brunette Games. So we felt we'd barely scratched the surface. But I think we chose well, and that our trip was a good model for others to follow when visiting Helsinki for the first time. Here are the top 5.

We put these two together as sort of polar opposites, for those looking for a Helsinki-specific art experience but open to both experimental/contemporary and a much more traditional style. I recommend bookending a day with these two and having lunch in between.

The Sinebrychoff Museum is part of the Finnish National Gallery and houses the country's largest collection of paintings by the Old Masters. The museum building was once the residence of the Sinebrychoff family, several generations of successful 19th century brewers. The home and its extensive art collection were donated to the state in 1921. The second floor is almost entirely a recreation of the family's apartment suite over the old brewery that had been housed downstairs. This part of the museum is free every day, and the Helsinki Card will get you into the rest for free as well. 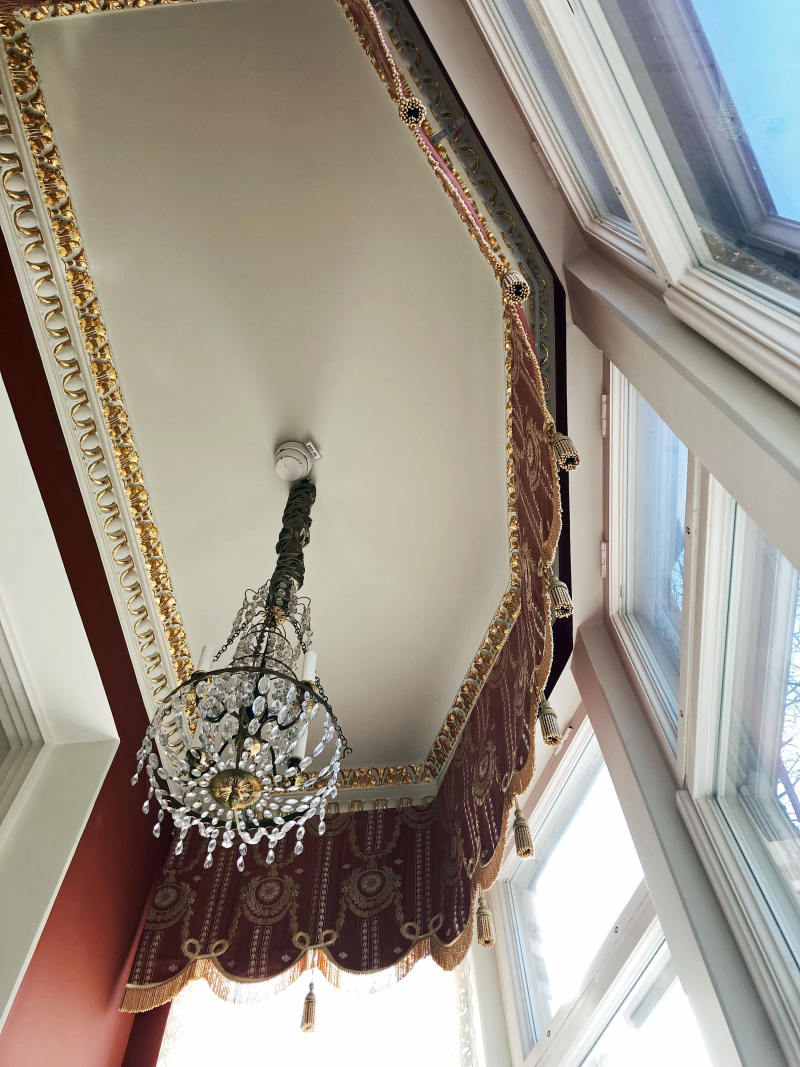 The Kunsthalle is on the opposite end of the artistic spectrum from the Sinebrychoff, as its focus is living artists with contemporary or even experimental expression. The Kunsthalle has no permanent collection of its own but is a lovely space for 5-7 special exhibitions and events annually. We toured the Young Artists show and were impressed that artists at such early stages of their careers were given the opportunity to showcase their work in such a grand hall. Notably, a recurrent theme across the art was a certain dark angst that seems to lie at the heart of Finnish culture, in opposition to the clean, friendly, safe quality of the lifestyle.

It's not an official tourist designation or anything, but our business clients recommended that we simply walk along the Helsinki waterfront, and it proved to be the perfect way to spend our last day there. We started at Kauppatori. There you can walk across the Bridge of Love, a wide bridge festooned with padlocks bearing the names of lovers, a common phenomenon in many European cities. 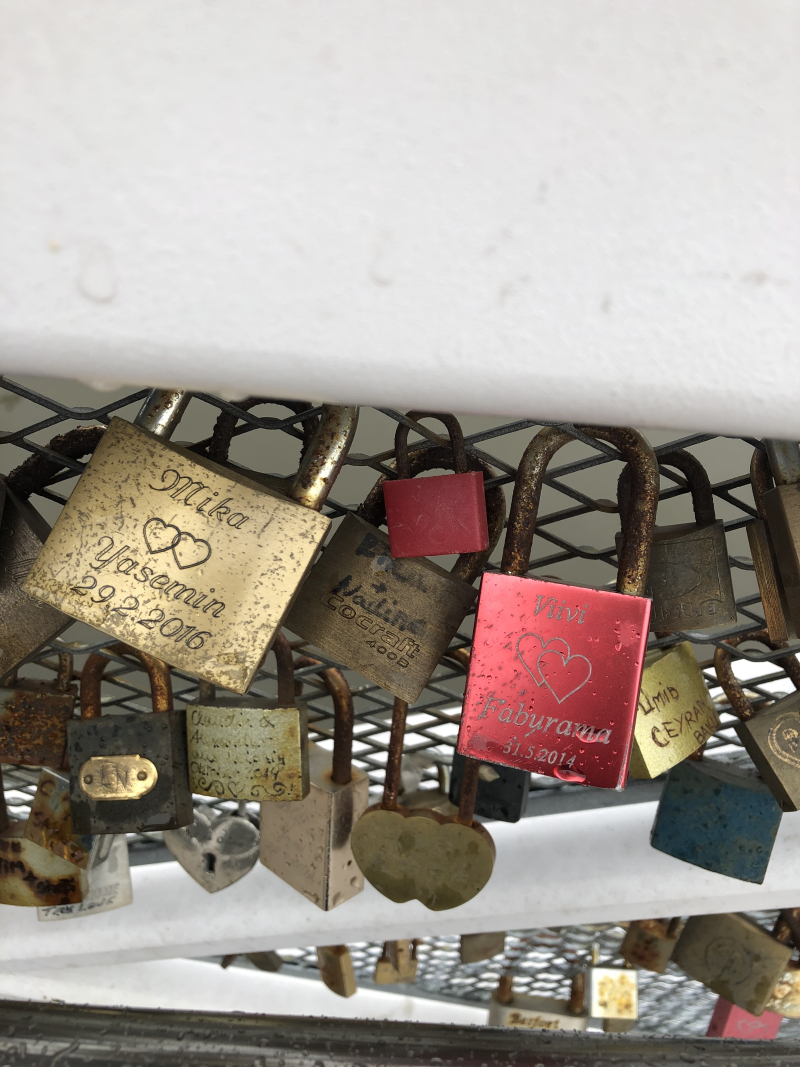 The Old Market Hall is worth at least a walkthrough with its stalls of local food and gifts. From there, we followed the perimeter of Helsinki along the waterfront past cruise ships, sculpture, architectural wowzers on nearby islands, and stopped for a glass of wine at a picturesque cafe called Ursula's.

The whole southern tip of Helsinki has been devoted to parkland, and the view across the water over massive rocky outcroppings is something you shouldn't miss. This is a full afternoon's walk, but don't rush it. We saw Finns on bicycles, a man walking his cat, and a young boy zoom by on hoverboard.

Suomenlinna is an island off Helsinki that is only accessible by ferry. A UNESCO World Heritage Site, the island is home to an 18th century fortress and several museums and restaurants. The fortress, which dates back to Sweden's 600 years' rule of Finland, boasts 100 cannons and four miles of stone walls. We wandered the fort, which reminded us a bit of Fort Casey on Whidbey Island, though of course much older, and tried to imagine a Swedish king stepping through King's Gate at the island's far end. 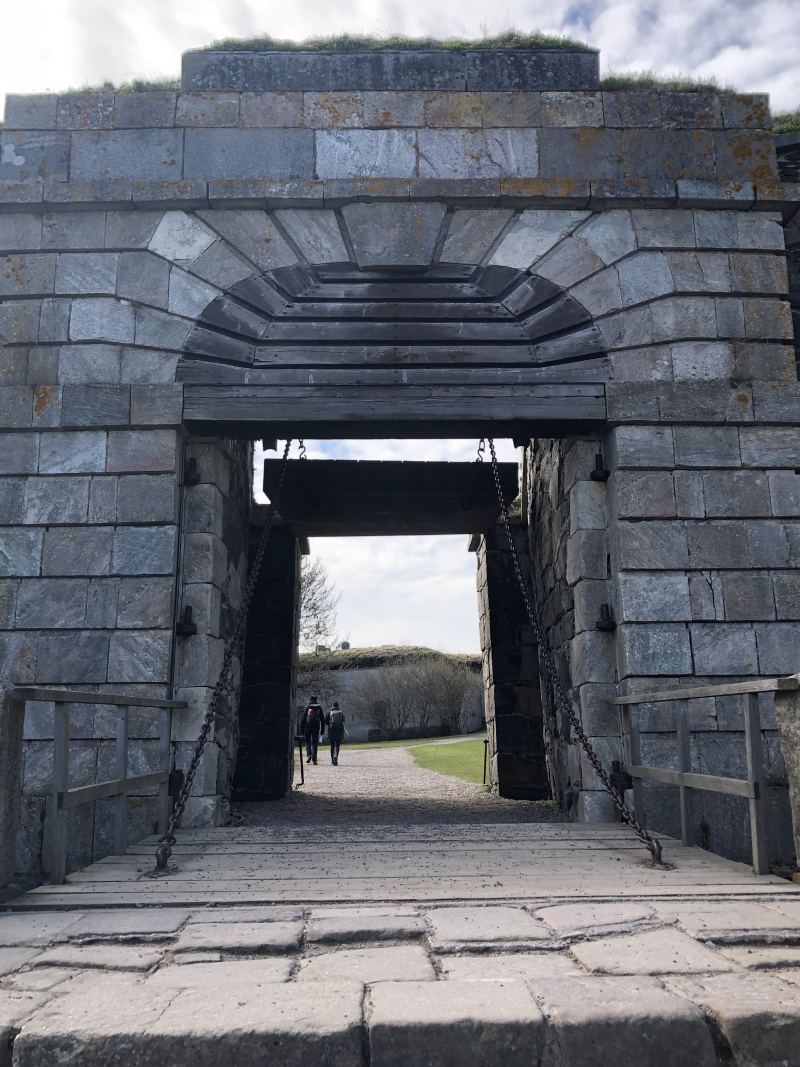 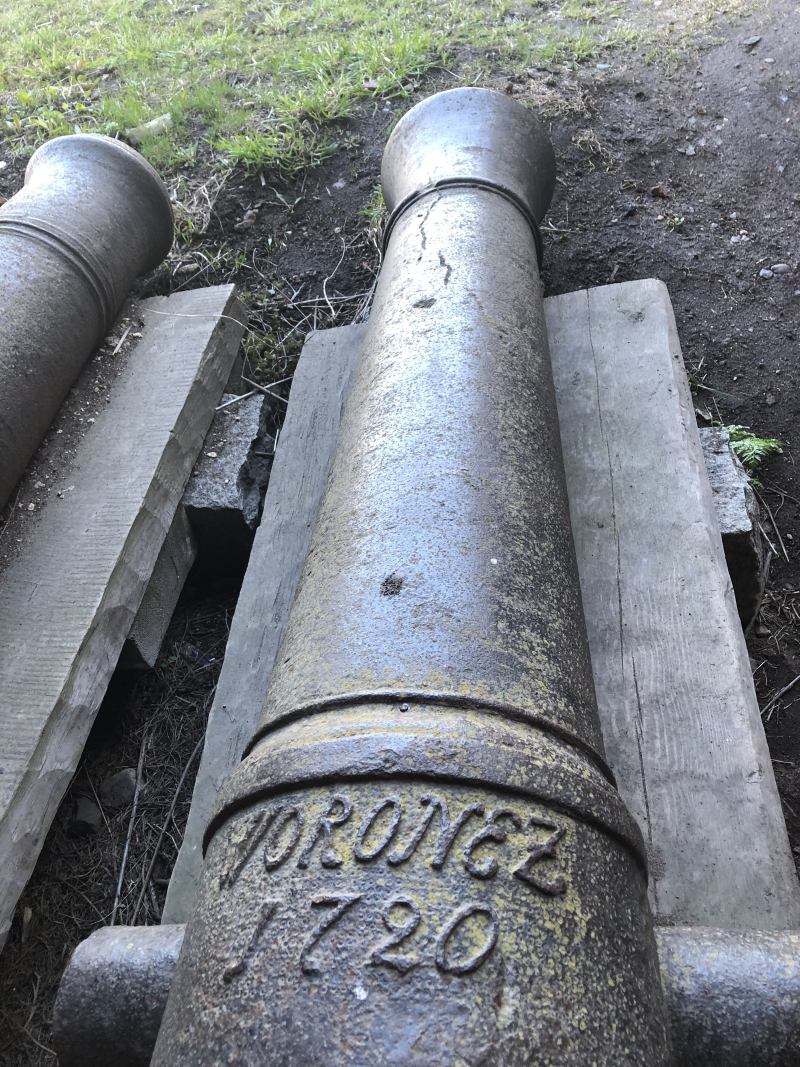 The island is fascinating, with an impressive drydock, Suomenlinna Church, and the quiet habitation of its 800 residents. One cafe worker remarked to me, "I hardly ever leave the island; I have everything I need here." There's a long waiting list for people who wish to move to Suomenlinna. 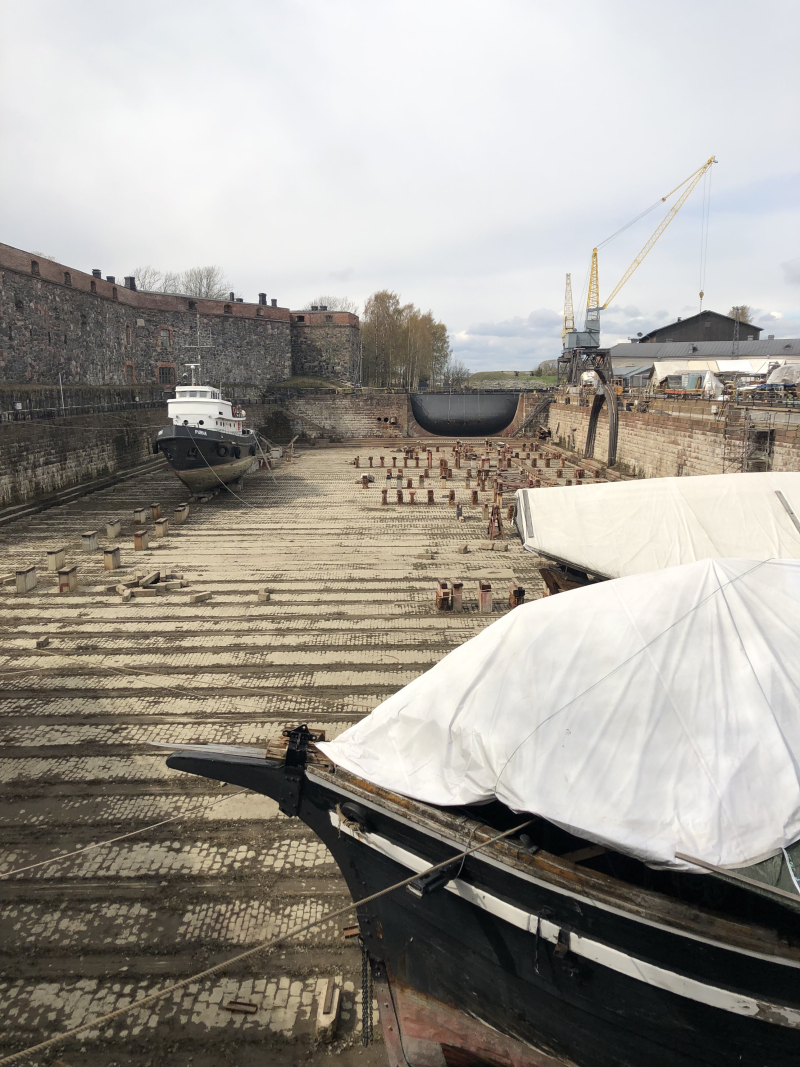 Suomenlinna drydock, one of the oldest operating drydocks in Europe.

The weather ranged from sunny to fluffy snowflakes to overcast and sleeting during our day trip there, so we were glad we were prepared. Still, we took refuge at the Suomenlinna Toy Museum & Cafe, which was both cozy and chilling, and not just because of the snow. 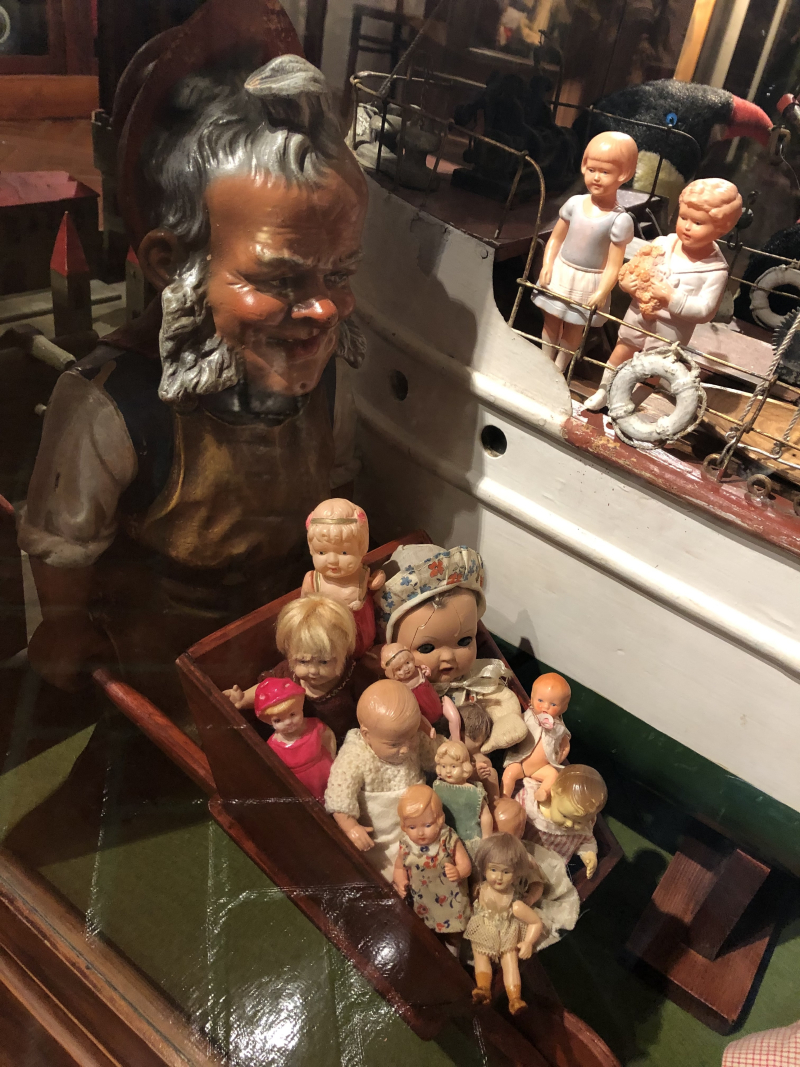 Sadly, the Suomenlinna Church is now devoid of its original onion domes, as designed by the Russians when they held the fort. When Finland began to assert itself after becoming independent from Russian rule, down came the domes. But at least Suomenlinna boasts some fine examples of Finland's characteristic Mid-Century Modern design elements in the chandelier and other features. 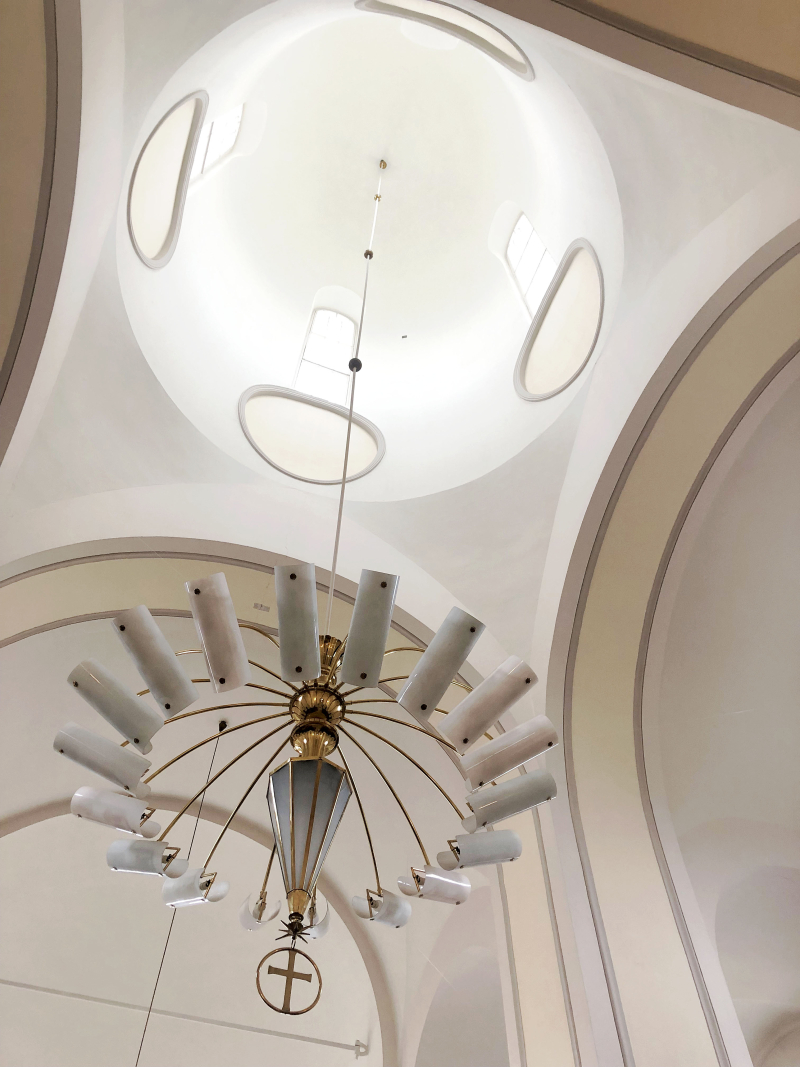 You can catch the Suomenlinna ferry from Kauppatori, and fare is free with the Helsinki Card.

Let's carve out a rock and set a church down inside it, they said. And the idea took hold, so they did. 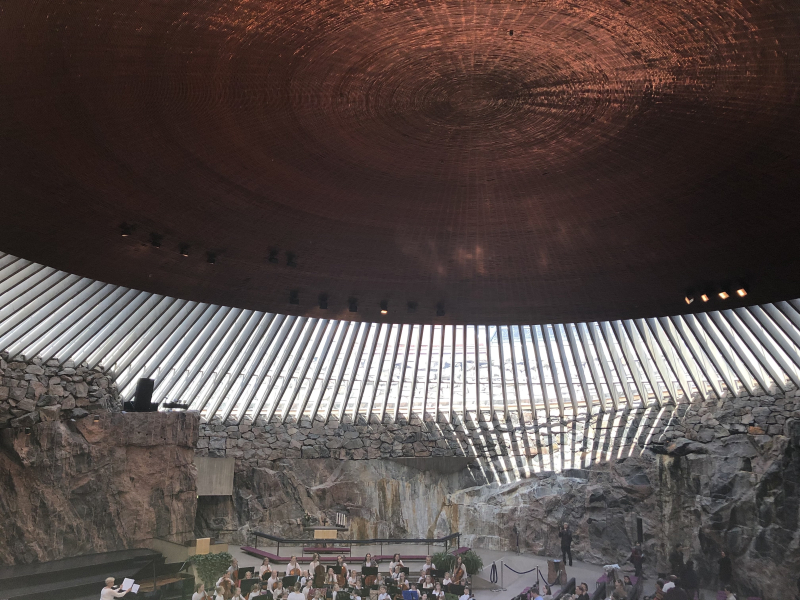 Called "the most interesting church in Helsinki" in our guidebook, the Rock for me is probably the most interesting church anywhere. It came about as winner of a design competition in 1961. The dome was constructed out of one continuous copper strip coiled into the dome shape, with windows to let in natural light. The light radiates around the dome, throwing deep purple reflections from the pew fabrics onto the copper panels of the gallery. 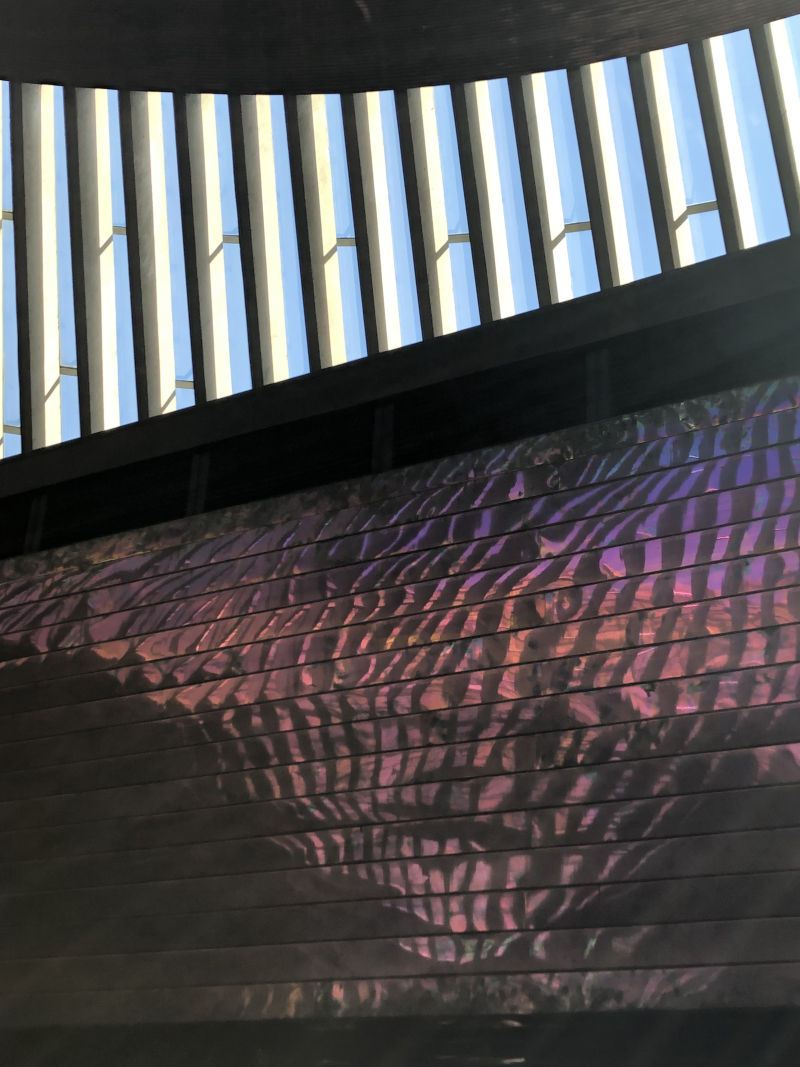 The acoustics are well known for their excellence. We stumbled onto a children's band's dress rehearsal when we went, and the sound filled the space with a copper-like clarity.

This is a popular destination, so the guidebooks recommend an afternoon or evening visit in summer. We had no problem getting in mid-morning during the first week of May. 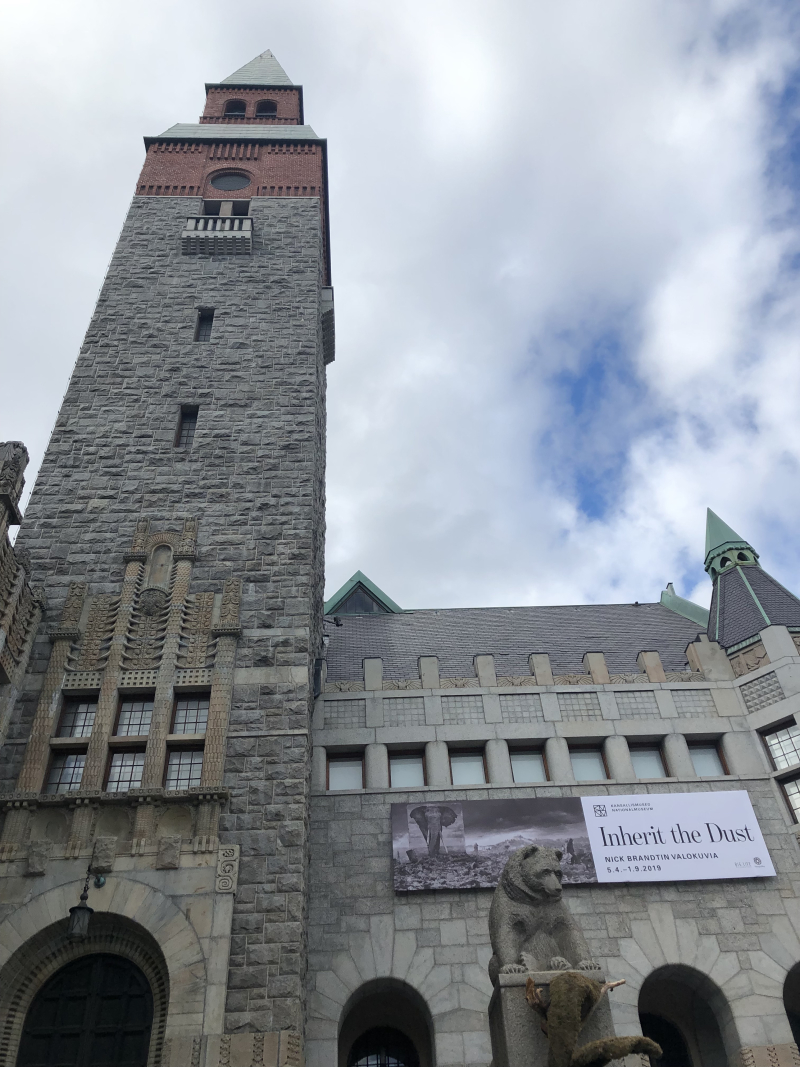 I know, you're probably wondering how we could put a history museum in the top spot, but this place blew us away. We actually went back for a second visit after getting only a glimpse before closing time the first day. Maybe it's because as Americans, our nation is just so dang new, relatively speaking, so we were totally transfixed by Medieval housewares and church artifacts from the 16th century. 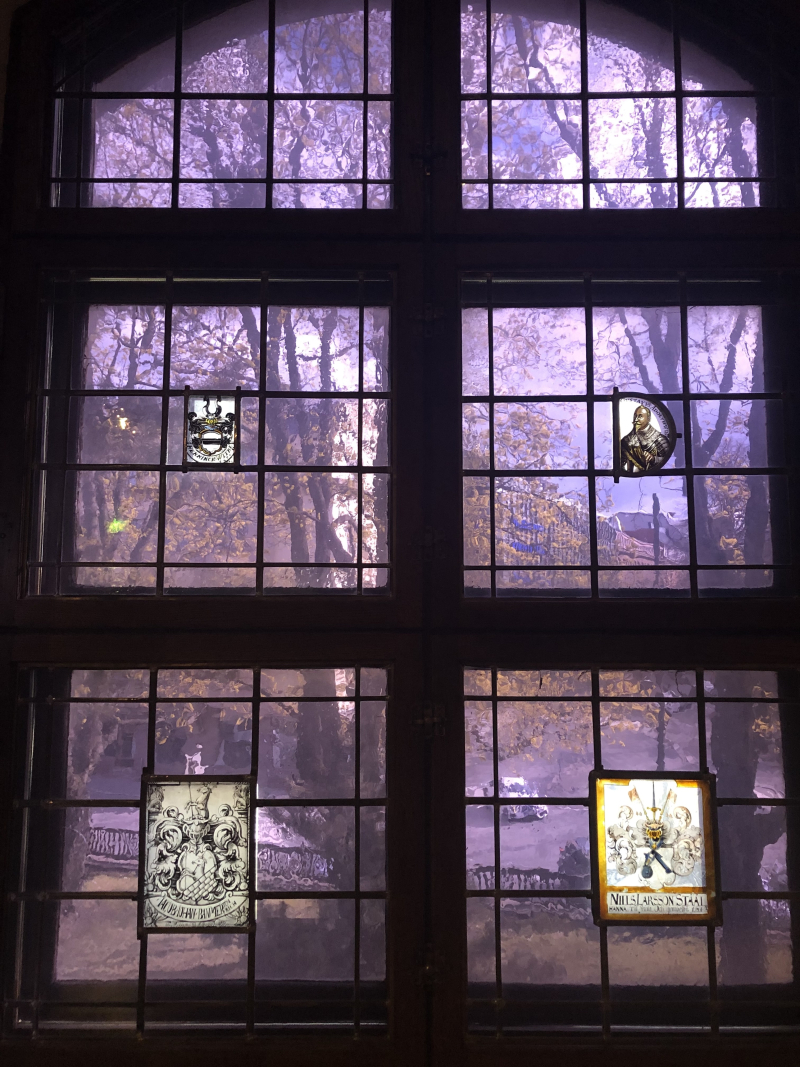 But most of all, we couldn't get enough of the prehistory exhibit. It traces back the Finnish people some 10,000 years, giving a startlingly vivid picture of life in the Stone, Bronze, and Iron Ages. It's not often I feel called to read every bit of text in an exhibit gallery, but this one, I did. We lingered a long time during our second visit, drinking in the experience of getting to touch a Stone Age offering rock and gaze upon the impressive gilded burial costume of a Bronze Age woman chieftain. It's believed that people left gifts for their spirits on this rock, and the water that collected in its impressions was thought to hold magical properties.

This certainly isn't everything Helsinki has to offer, but it's a good list. Take your time for a deep dive in one area of interest, like we did with the history aspect, rather than pressuring yourself to see and do everything. I guarantee you'll have a much better time.

Heading to Helsinki? Here's What You Need to Know