So Much Fungus Among Us! Tips on How to ID the Mysterious Mushroom
The Skill That Goes Into a Skillet 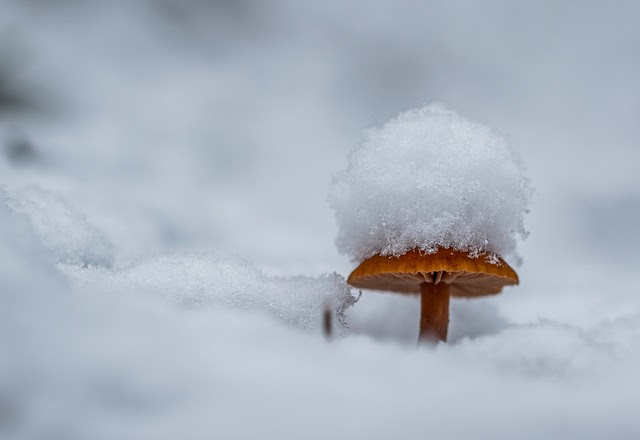 Lisa Brunette: Last week we took a magical mushroom tour with former wildlife biologist and author Ellen King Rice. Ellen and I first connected back when I lived in Lewis County in Washington state. She was just starting out on the author trail and lived in neighboring Thurston County. Both counties are primarily rural. I found the community in Lewis to be highly close-knit and tremendously supportive. I myself received a lot of support as an author, and it inspired me to give back to the community and help other authors, like Ellen. I witnessed the community continually coming out to support individuals in need as well as businesses and organizations. Ellen's project, Naked Came A Fungus, is a terrific example.

Naked Came A Fungus is inspired by the award-winning story collections Naked Came the Stranger and Naked Came the Manatee. Cool coincidence: My writing mentor, Evelyn Wilde Mayerson, wrote one of the stories for Naked Came the Manatee, Chapter 7's "The Lock and Key." She used to teach at University of Miami, where I earned my MFA in Fiction. OK, now here's Ellen to tell us about her fun, fungus-y take.

Ellen King Rice: Fame and fortune are not finite. Too often insecure authors and artists can act as if success is a pie where one person taking a large slice means the next person will have to be contented with a small slice. Thank goodness there are creative people like Lisa who see the world as a place where there can be many pie makers - and exchanging recipes and presentation ideas means... more pie for everyone. Lisa encouraged me when I was absolutely brand new at storytelling. It was a huge lift to my heart to have a published author see value in my work. Now three books into my world of thrillers set into the woods of the Pacific Northwest, I am following in Lisa's footsteps. This winter I've put together Naked Came A Fungus, which will showcase Puget Sound-area mushrooms and independent authors. Some background on the project: In 1969 two dozen writers created a literary spoof of the naughty potboilers of the day. They titled their creation Naked Came the Stranger, and it became a bestseller. A few years later, humorist Dave Barry led a group of Florida writers - including Lisa's mentor, Evelyn Mayerson - to create Naked Came the Manatee. Proceeds from the book benefited charities.

Given that it is January, it is high time to launch Naked Came A Fungus, a showcase of fungi and writers from Puget Sound. We'll have a number of Puget Sound writers contributing stories or other material to the Naked Came A Fungus blog. Check in frequently to see if a poem, a song, a recipe, or an-out-of-this-universe experience has appeared. Each contribution will be paired with a photograph of one of the Northwest's stunning fungi (or a fungus from the destination of a traveling writer).

The adventures will continue until the first day of spring, March 19, 2020. Want in on the fun? If you have an idea you'd like to contribute, please contact me.

Because I think we all need to have a party AND do good in the world, this project is also a fundraiser for our neighborhood cathouse, Feline Friends, a non-profit organization staffed by dedicated volunteers partnering to rescue stray cats and kittens.

May your day be filled with colorful wild mushrooms or loving pets or lots of pie - or perhaps some of each, along with a smidge of encouragement when it is most needed. 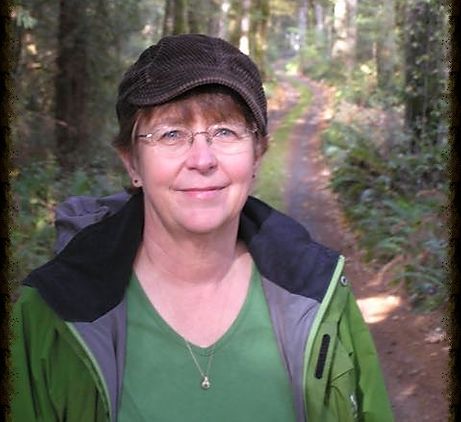 A wildlife biologist by training, Ellen King Rice is author of a three-book, fungus-themed mystery series: The EvoAngel, Underworld, and Lichenwald. In her fiction and non-fiction both, she is particularly fascinated by sub-cellular level responses to ecosystem changes and believes that we don't know near enough about the thousands of fungal species that exist all around us. She lives near Olympia, Washington. Find out more at www.ellenkingrice.com.

As with all our content, this post was not sponsored, and we received nothing in exchange for the references made here.