Mushrooms Become Less Mysterious - with the Right Field Guide
Fire! In the Middle of One Apocalypse, We Get Another 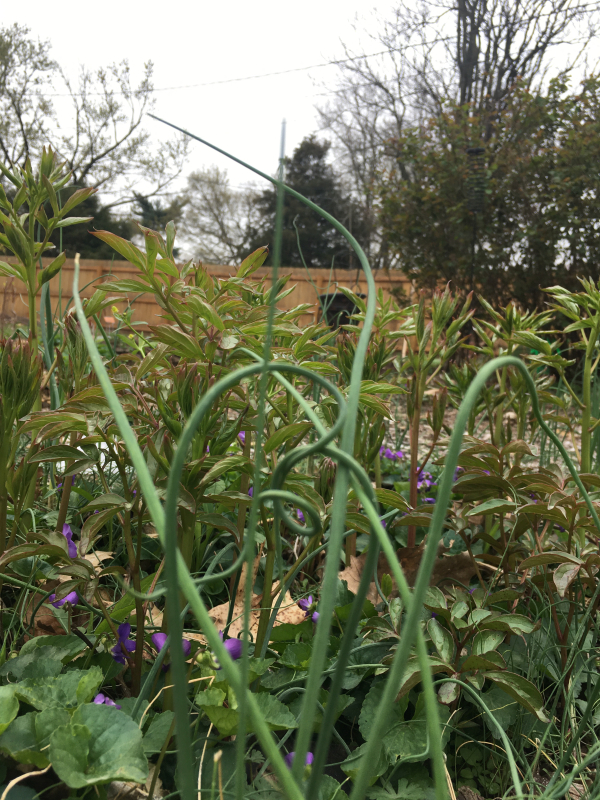 Peonies on a floor of wild violets seen through a thicket of wild garlic.

Chaos isn't a pit.
Chaos is a ladder.

...the idea that paradise is a walled garden is an echo back to the chaos and order idea… Walls, culture, garden, nature… The proper human habitat is a properly tended garden...

As we work on the Dragon Flower Farm, we are also developing our philosophy around what we are doing, and why. At this point (and it will likely change) I would say it is a philosophy of the mean - the middle way, if you will. One aspect of that philosophy is the role of chaos. In Jungian thought, the forest represents the primeval, the chaotic, nature red in tooth and claw. The home represents order, civilization, humanity's dominion. The garden is the place where the two intersect. It is ordered, but it is still influenced by the power that resides outside of its walls.

Generally speaking, our culture tries to push that chaotic force as far away from ourselves as possible. We use chemical pesticides to kill insects we don't want, we erect barriers to keep out animals we label pests, and we root up plants we call weeds. That is one extreme. On the other side of the garden wall, we have people who are advocating never weeding anything, letting everything grow as it will, and the only intervention being the introduction of plants that are desired. We fall somewhere in the middle.

DFF (Dragon Flower Farm) is trying to ride the edge of order and chaos. We believe that it is possible to have intention in planting, engineering, and maintaining your garden, while still understanding that you are not really in charge. Nature will surprise you with volunteers, odd combinations of plants, and even insect populations that you did not expect. You can pour huge amounts of energy and resources attempting to fight against nature, or you can have a little humility and journey with her. Maybe you will even see some beauty that you could not have planned. 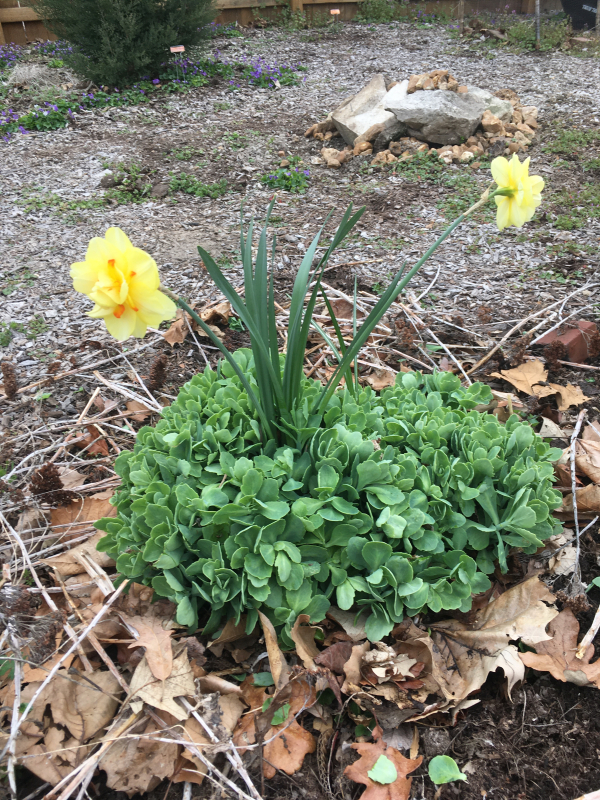 We have an intent for our space. We are trying to grow a significant portion of our own food. Ironically, we began this project way before COVID-19. But the pandemic has sharpened the seriousness of this goal. We are also attempting to support our native flora and fauna. Pollinators are particularly important, and growing native plants supports those insects, which supports our goal of growing our own food. Finally, we are trying to be good environmental stewards of our space. We avoid the use of chemicals, fertilizers, and pesticides. But in all of these endeavors, we do not hold ourselves up as pristine. We do not see ourselves living only on the food grown on our land, we have non-native plants in the yard, and we have used outside inputs such as mulch from another source. 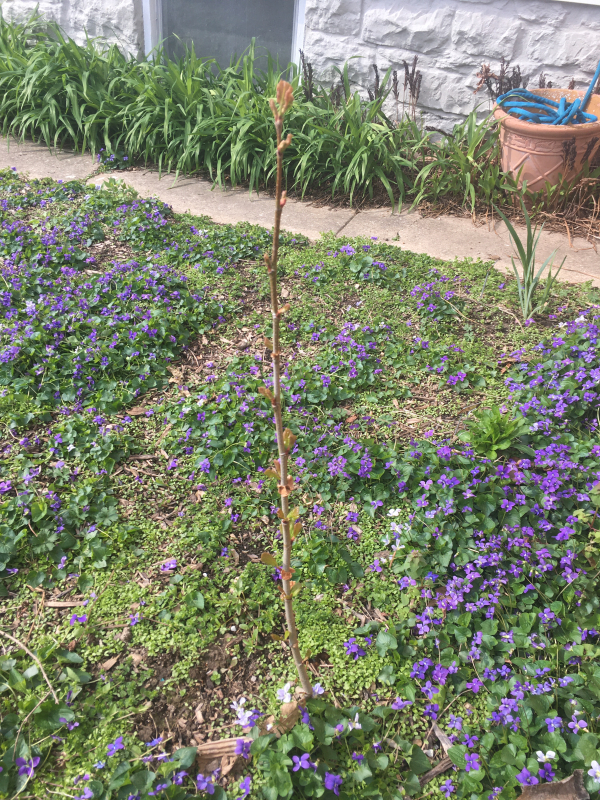 A sycamore volunteer plant - maybe the act of a squirrel, or a bird, or maybe it drifted in on the wind.

Our culture tends to favor order over chaos in the natural world. We want our plants and animals to conform to our needs and wants. To a traditional gardener, our space would probably look chaotic (sorry, Dad!). On the other hand, we fly in the face of many non-traditional philosophies. We are more than willing to uproot winter creeper, tree of heaven, and bush honeysuckle. This makes the native plant people happy but gets us a frown from some permaculture purists. However, we are OK with some non-native volunteers, which reverses the praise/frown equation just mentioned. 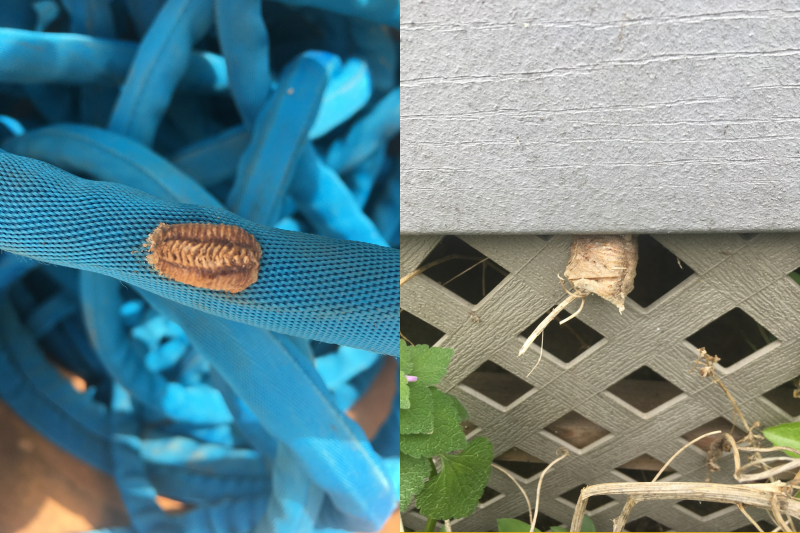 One pod is local praying mantis; the other is a non-native, introduced mantis species; both are welcome at DFF.

How do we decide? We're guessing. But we know that we are not really in charge. Nature will abide. We can only do our best in the short time we are here and hope to pass on something to the next generation - a bit of wisdom, some life lessons, and maybe a small patch of healthy land. How about this little bundle of chaos? Native? Invasive? Food? Stay tuned to find out!