Want to Help Bees? Grow Your Own Food!
The Trials and Triumphs of Sowing from Seed

Learn from Our Mistake! Ditch Those Daylilies at Dinnertime 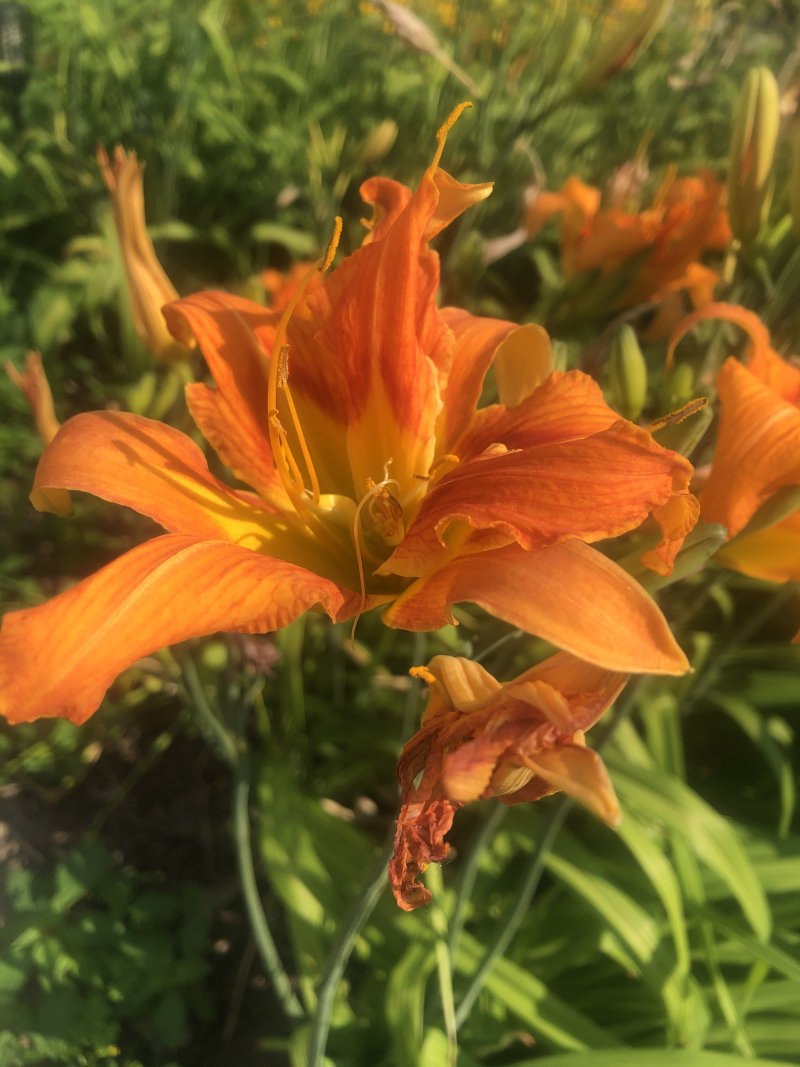 We're not at a loss for daylilies, AKA 'ditch lilies,' here at the Cat in the Flock farm. They're overgrowing a sidewalk near the house in one area and have obviously spilled over a circle in what is now the orchard, where they'd been planted with hostas. They're also popping up seemingly of their own accord in a back corner.

So when I read in various sources (most notably here but also here and here) that they could be an excellent food source - the leaves, shoots, flower buds and blooms, as well as tubers all edible - I was excited to try them. From a permaculture standpoint, if something is growing to beat the band, and we can eat the whole thing, that's a win. The negative reactions seemed minimal - only 5% of the population, according to one blogger, and others mentioned a slight possibility of mild symptoms in some people.

We'd been successfully foraging found flora from the garden for a couple of years by this point. I'd made a tea from cleavers, a tincture from wild geranium, and a salad with many an edible petal. We had eaten violet leaves and flowers without any ill effects, and we successfully ID'd and ingested without problems a mushroom called reddening lepiota, which proved to be far more delicious than grocery store varieties. So it was not without both experience and research that we went into this trial with the daylilies. We also verified that the lilies growing in our plot were indeed the common 'ditch lily,' Hemerocallis fulva, or at least we had every reason to believe they were, and harvested them fresh. Our garden is 100% organic as well, so no other contaminates were present. 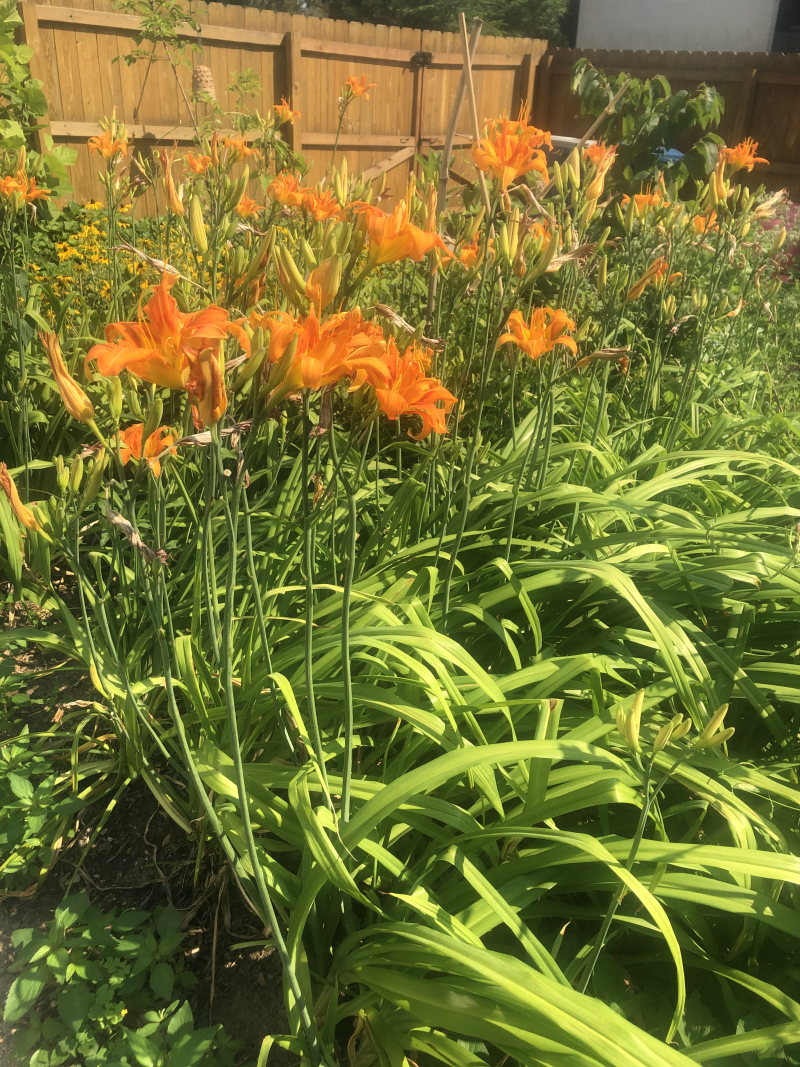 This non-native plant grows like crazy and is really tough to eradicate.

We harvested them one Saturday morning - the 4th of July - and cooked them up according to directions published by an award-winning chef, cookbook author, and blogger, which was simply to try the flower blooms and buds, as well as the tubers, sautéd in butter with a little salt and pepper. We did this with a small handful of the tubers and a few buds and blooms.

The results were disastrous. Shortly after eating them, I felt... strange. In the middle of trying to make kale chips for a party for the 4th, I asked my husband if he could finish up, as I needed to lie down, seriously. I was knocked out with a strange sleep for an hour and a half in the middle of a sunny day, during which I neither moved nor awakened. This is strange for me, as I'm not an easy napper. When I finally woke, it was with a strong taste of those tubers in my mouth. Then I experienced a full six hours straight of violent diarrhea, with extreme flatulence. My husband also had diarrhea, though his overall reaction was just a bit milder. We had to miss the evening festivities, as the two of us basically spent the 4th of July in the bathroom. (Go ahead, make your fireworks jokes.) We both swore off day lilies for good.

Since Anthony also had a very negative digestive response, and mine was so extreme, I would absolutely not recommend ditch lilies as a food to anyone. They're really not worth the potential sickness, especially since the tubers are difficult to get clean, and they're mighty tiny. It took digging up six extremely well-established plants - these things are long-lived, and ours might've been there since the '60s - to get two small handfuls of tubers. They tasted... OK. I don't know what all the fuss is about. We'd rather have a regular ol' potato, and we'd have saved ourselves an evening of absolute misery if we'd passed on these. 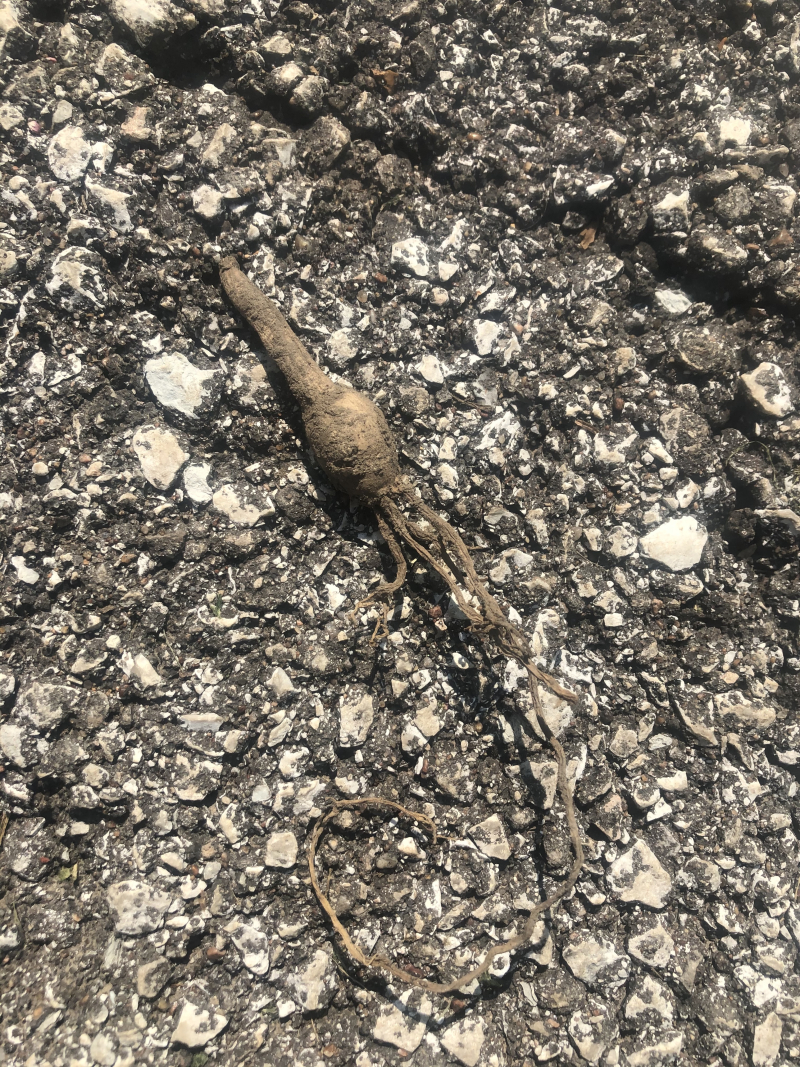 We take responsibility for not researching enough beforehand, of course. When it comes to research, you can almost always do more. I've since gone down the rabbit hole to realize exactly why eating ditch lilies was a bad idea that never should have been suggested by those sources in the first place.

First, a word about one of Google's chief weaknesses. Its algorithm is built to give you what it thinks you want, which means it will give you whatever verifies and reinforces your search terms, rather than contradicting them. So if you search on 'daylilies edible,' it will give you results that support daylilies being edible. We see how this is a problem in politics; Facebook is the same way. The echo chambers are built for increasingly high echoes. Now if you search on 'bad reactions to daylilies,' you will get the information that cuts against their edibility. This is the opposite of how research using traditional paper media goes, where no algorithm is funneling you toward only the information that confirms your bias. 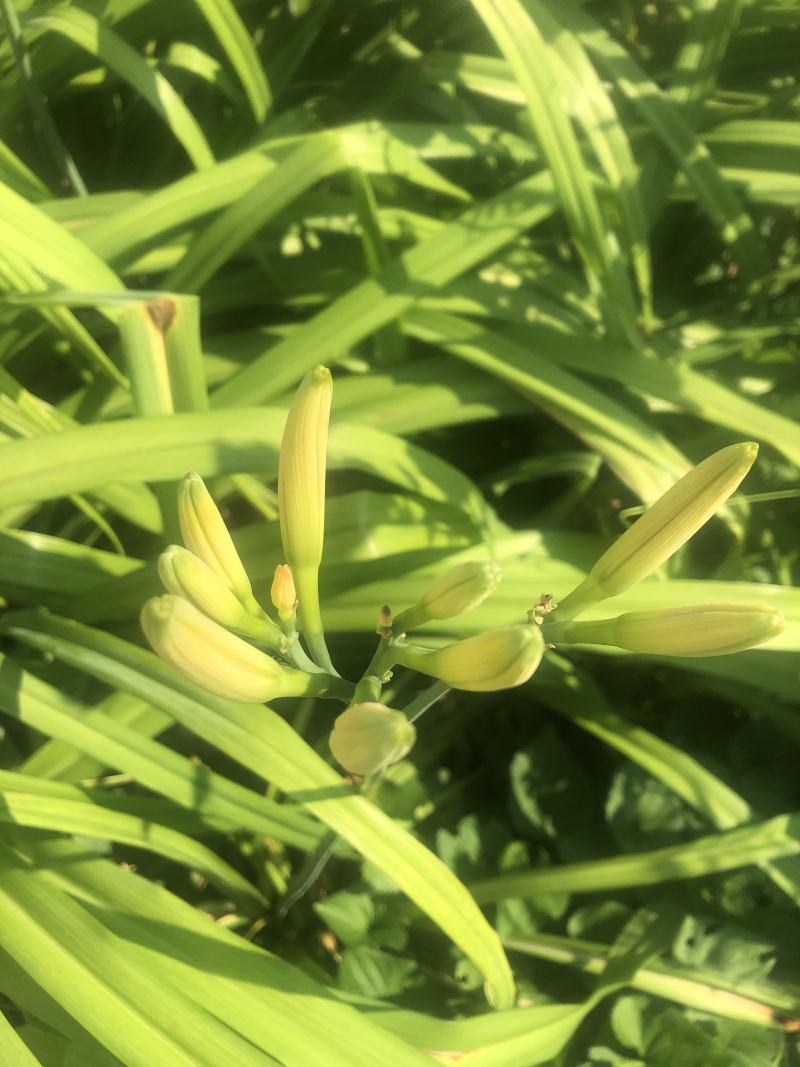 Using the daylily=negative search terms is how I finally got to some other sites, less sexy than the award-winning chef with his glowing talk of sautés. A couple of nerdier bloggers reveal just how complicated the botanical identification process can be for these flowers we call ditch lilies, for two reasons:

While daylilies are listed in virtually every foraging book as edible as I said earlier, don’t presume any daylily other than the original is edible. Many are, but don’t assume so. Have it proven. Some people also have severe allergic reactions to them. In fact, some people can eat them for years with no problem then suddenly develop an allergy.

It's worth reading his whole post, 'Daylily Dilemma,' as he walks through the cultivar problem in detail. The other source of interest in this daylily debate is Marie Viljoen, author of the book Forage, Harvest, Feast. While she does include daylilies in her book, she offers a hell of a caveat here in this excerpted post, "Daylily Dangers and Delights":

Scrupulous foraging writers will inform you that a few people experience gastric distress after eating daylilies. It is true. I know of four people who have been sickened (the symptoms are diarrhea, and sometimes vomiting) after eating the flowers of Hemerocallis fulva. One of them is wild foods author Dr. John Kallas, author of Edible Wild Plants. He and a friend became ill after eating a flower and six raw buds. This has not happened to me, or to countless people who have eaten them with no ill effect. Understanding why it happens is a real head scratcher. It is worth putting it into a broader context. Not all toxicities are the same, and there are several factors to consider before you sit down to dinner. (emphasis hers)

Viljoen also elaborates on not just the cultivar problem but another botanical cultivation aspect, which is that some species are diploids and some triploids (referring to the chromosone structure), so that you have in the end a whole host of caveats: "Avoid the diploid wild species. Avoid the horticultural cultivars. And eat daylilies (or any new food) in moderation," she says (again, her emphasis). The best Viljoen can do is refer to a head-scratching need for more scientific study. And what does 'in moderation' mean? The wild food expert she mentions was sickened from just one bloom and a handful of flower buds. 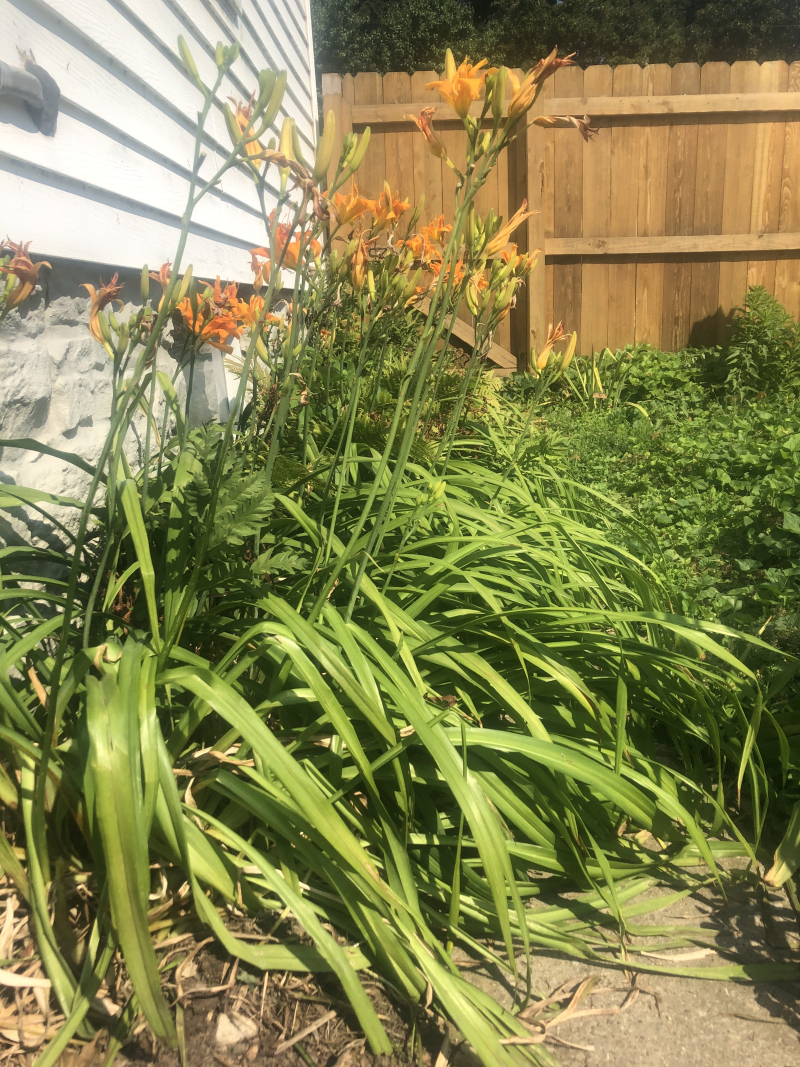 Given the better-than-average possibility that the daylily you encounter is, in fact, not safe to eat, so much so that experts themselves have ingested them and fallen ill, I just don't see the benefit here at all. So let me reiterate: I would absolutely not recommend ditch lilies as a food to anyone.

Update: Since this day lily experience, I've been diagnosed with mast cell activation syndrome, which might explain my more extreme reaction. However, since Anthony's reaction was also terrible, we still do not recommend eating day lilies. The potential for a bad reaction is just too high, and the lily's low value as a food source doesn't justify taking the risk.

How to Harvest and Use Lilacs and Violets