How to Cook a Perfect Pot of Rice Every Time 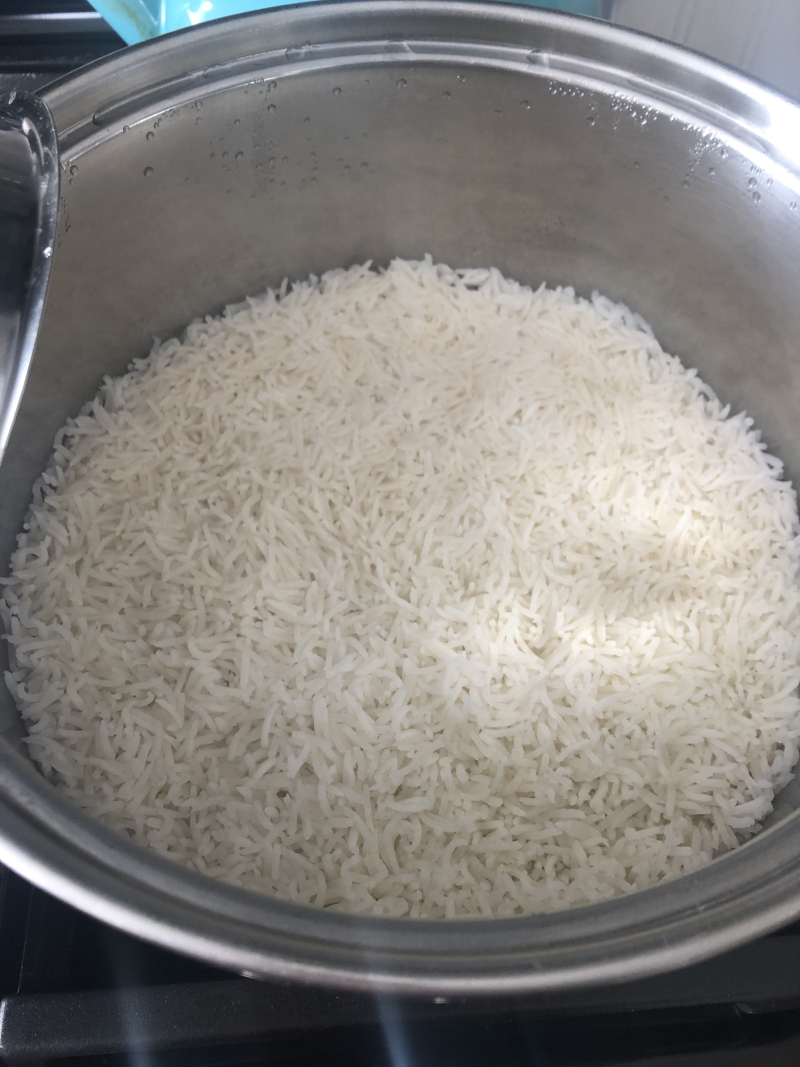 It's tempting to buy prepared foods, whether that's shelf-stable packaged stuff or frozen. We're all really busy of course, even if we're working from home these days because you know, working from home is still working. But what if I told you the only thing standing between you and healthy living was a mere 15-20 minutes of cooking time per week?

Yeah, that's right: You can just say no to the 'ronis and the helpers because chances are, they're not really saving you any time at all.

It takes just 15-20 minutes to cook up a simple pot of rice, and then you have a grain that will last you all week. Rice is versatile enough to use 3 meals a day - just add fruit, milk, maybe some nuts, and maple syrup, along with a little flax meal, for breakfast.

I bet the prepared foods aren't saving you any money, either. There's a serious markup on those things, and to make matters worse, what you're paying for isn't even really 'food' at all, but a lot of fillers and additives that are almost wholly divorced from their origins as plants or animals.

Making your own grain every week (it doesn't have to be rice) is a great way to save money and eat healthier. It can also have an impact on climate change to cook grain from scratch rather than rely on highly processed ingredients that likely traveled long distances and couldn't have come into being without fossil fuel-based agriculture. Even better if your grain's local and organic, but you know, we're not purists here. Try your best. 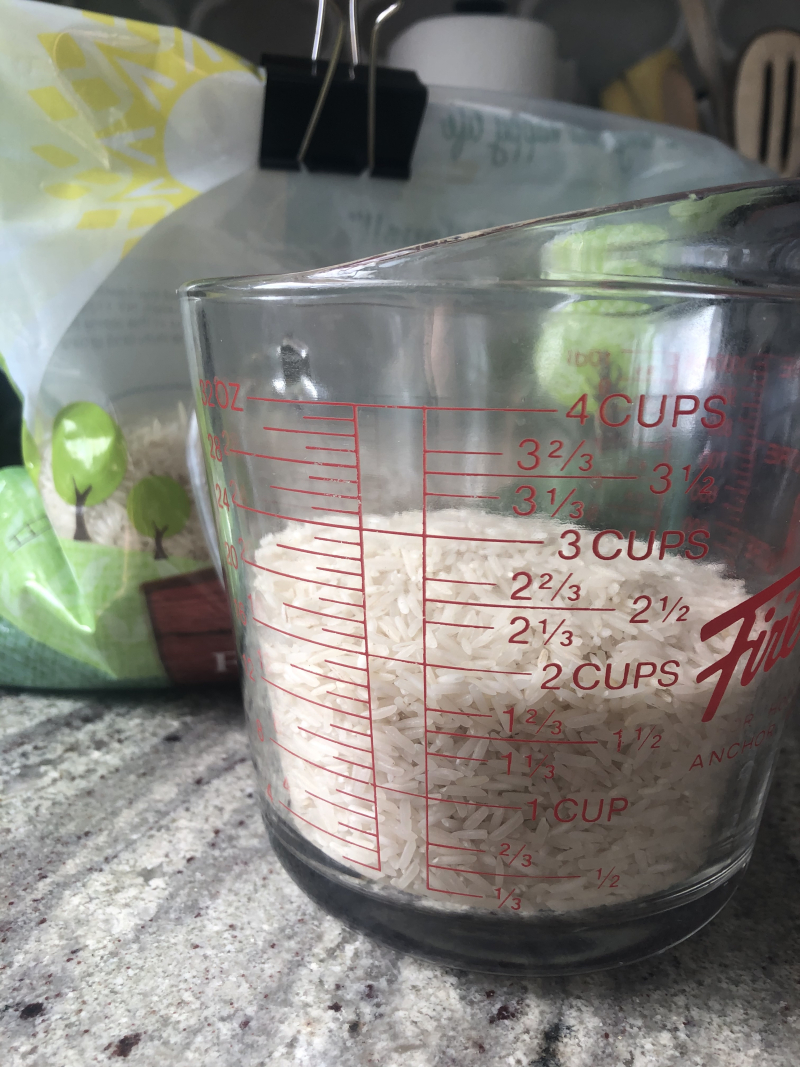 Now for the steps toward rice nirvana:

1. Measure the right ratio of rice to water. If you're starting with 2 cups of white basmati rice, as shown above, that means a corresponding 3 1/2 cups of water. Pay attention to the directions on the package. Brown rice will have a different ratio, as will wild rice, etc. 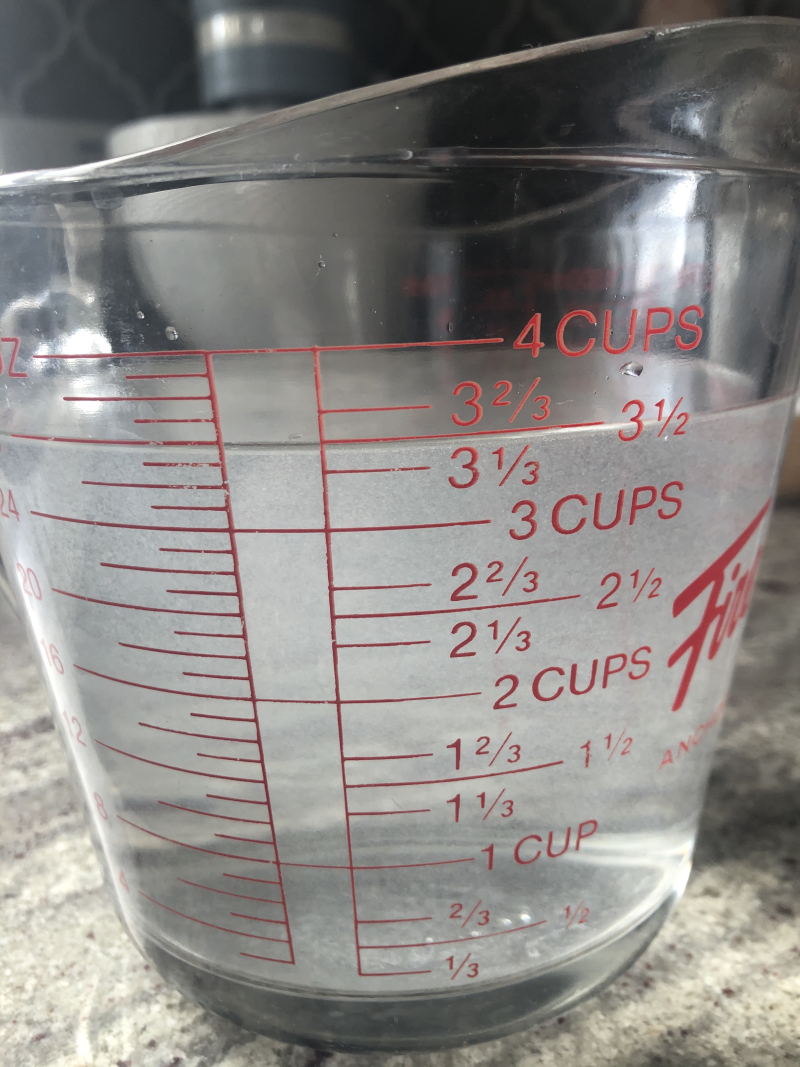 2. Place the rice and water together in the pot, and feel free to add a flavoring or fat. Some good candidates: stock you've prepared ahead of time yourself (a worthy endeavor and vastly better for you than any stock or bouillon you can buy; we will cover how to do this in an upcoming post, but it's easy, I promise); beef, duck, or other fat; bacon grease, olive oil). 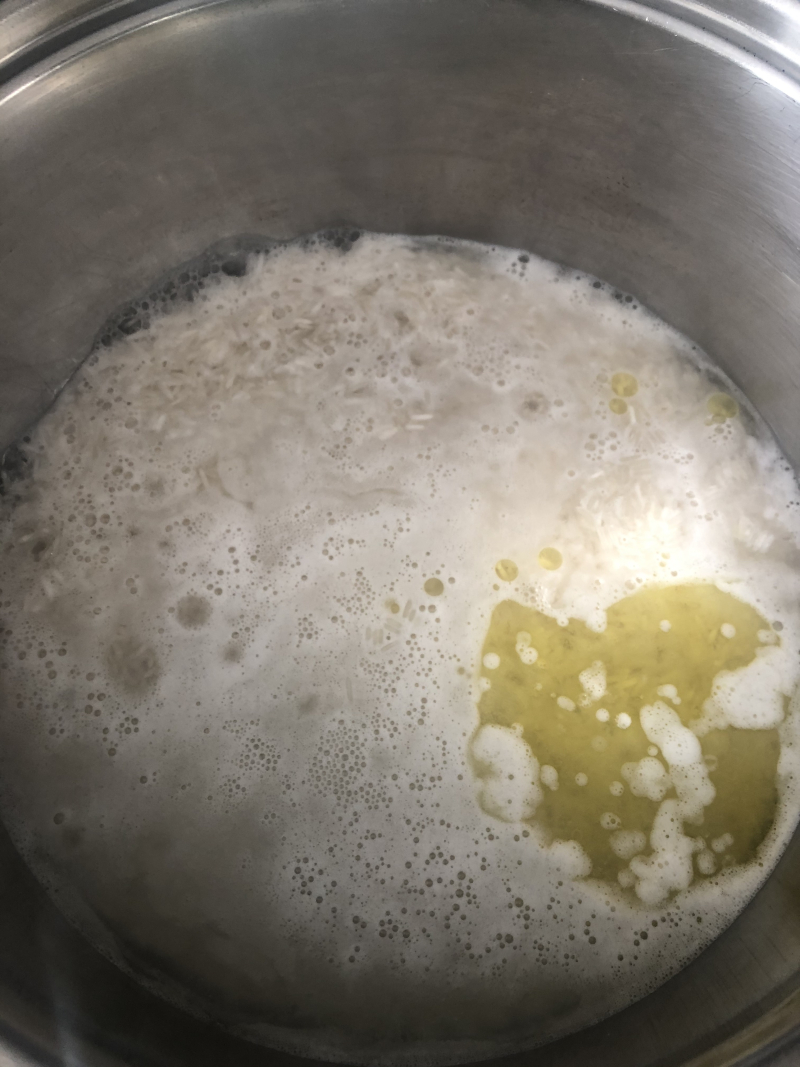 Use a large enough pot, with a lid that allows some steam to escape so the pot doesn't boil over. This can happen even in the simmer stages, so it's key to have a good quality pot with steam holes in the lid, such as the stainless steel one shown here, which I've had since a friend of mine bought it when she came to visit me in the early 90s. She took one look at my paltry kitchen cookware, pronounced it deficient, and went out and came home with this. The lid was missing for a time when I left it at a post-wedding party at another friend's house; but that friend recovered it years later when packing to move. And that is the story of this pot. Back to the rice: Next, bring the pot to a boil. 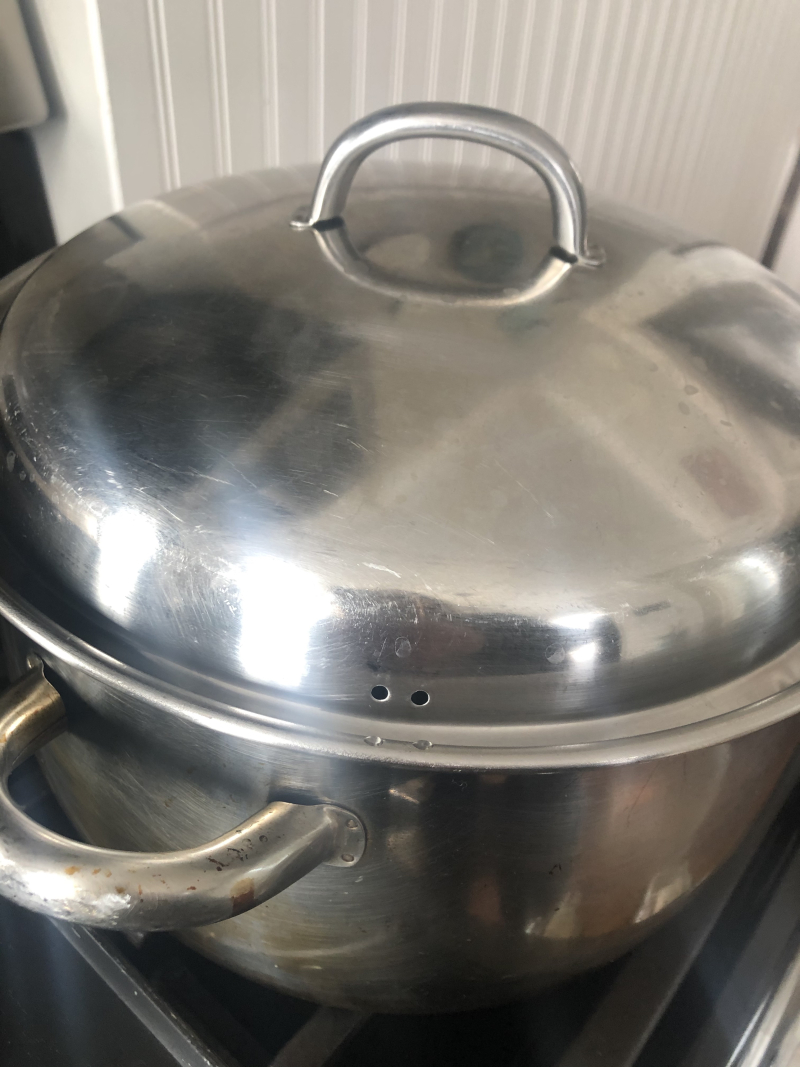 3. Just as it reaches a boil, turn the heat down to low and cover. Simmer for 15-20 minutes. A timer is a great thing here, especially if you are working from home. You can start the rice, put the timer on, and voila! You've got rice in 15 minutes.

If you need it to go longer than that, never fear. Sometimes I turn it to the lowest setting and simmer for a full 30 minutes because that works better for my timing, and the rice turns out perfectly.

It's really that simple. You can even store the rice in the same pot you made it in. You can now whip up quick meals by adding veggies and a protein to that rice in a variety of ways. Our favorites:

As an added note, learning to cook grain yourself from scratch (four ways) is part of my Permies.com certification in food preparation and preservation. This is step one for me; next up is to show you how I cook it in a crockpot, which for me means a nice homemade rendition of a favorite from Seattle's International District restaurants: congee. Stay tuned...

Don't Forget to Take Your Food Medicine This Fall

The Skillet Feeding You! How to Cook with a Cast Iron Skillet

The Cast Iron Egg Test: Does It Slide?