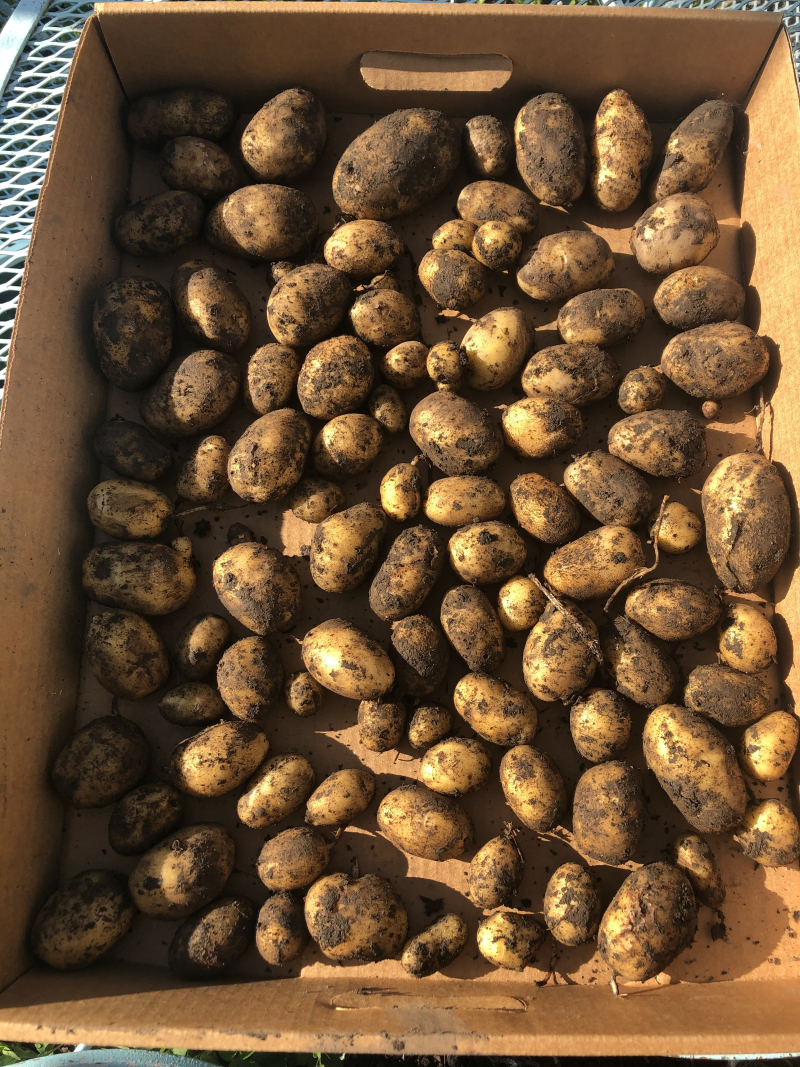 Let me tell you a weird story about our cat. We had some problems with water seeping through our basement walls. When this happens, the water is muddy. Even if you clean it up, it leaves a very fine silt behind. One place that ended up having a pretty thick layer was behind the furnace. It was out of the way and hard to get to, so it just sort of built up. We fixed our gutters and created a water garden in the backyard. Our roof runoff fills some drums, and then when they overflow, it runs out to the water garden, as does a French drain to draw water away from the basement. After we did that, we haven't had any problems with water in the basement. But that silt just set back there getting dryer and dryer. One day I realized I had not needed to clean the cat's litter box in a while. He seemed OK. He wasn't lethargic. I thought, "Maybe that silly cat is pooping somewhere other than in his litter." I looked and looked and looked and finally found a nice pile of poop behind the furnace in that lovely soft silt. Well, I guess you can't really blame the cat. The silt is a soft as down, and the furnace makes that spot nice and warm. But still I had to clean up the cat poop and then clean up the silt. The cat went back to his litter box, and all was well. 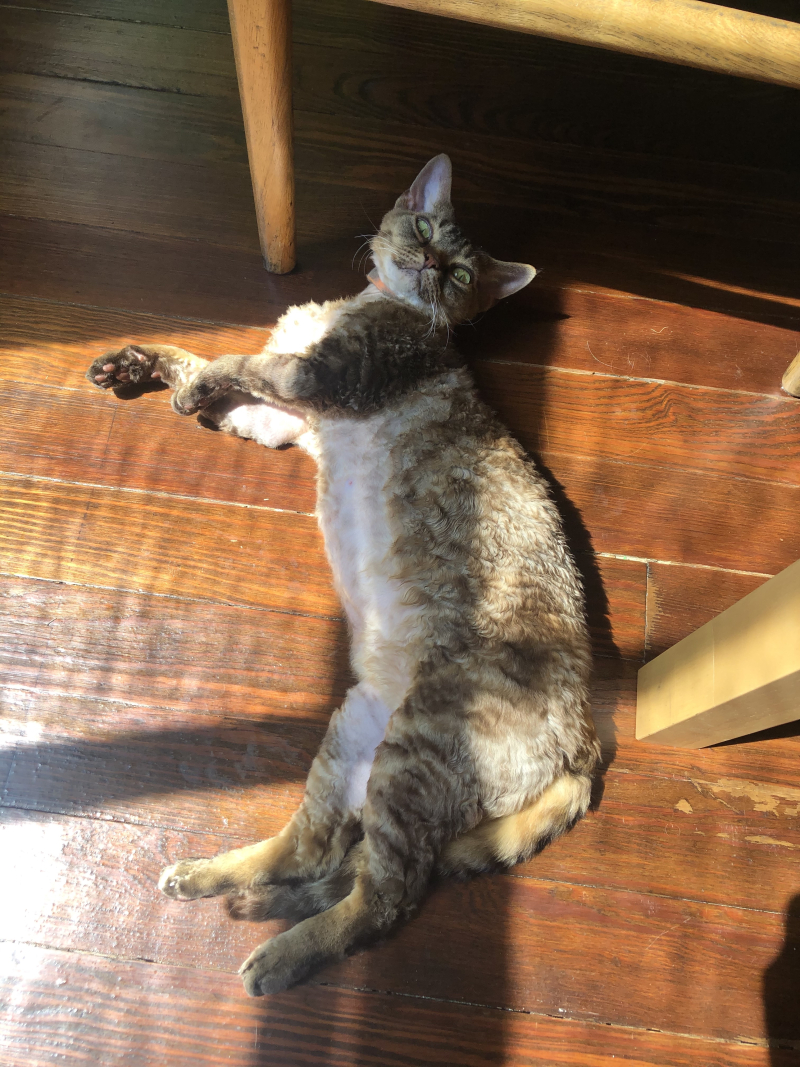 I ams what I ams, says the cat.

Now I tell you that story so I can tell you this one. We dug up our potatoes last year and had an OK crop. We really don't know that much about growing potatoes, so the soil was probably not the best. We planted on ground that the previous year had been lawn. I read that there is a pest that lives well in lawn and also loves potatoes. So, a lot of our potatoes had suffered a bit. But we planted a good variety, and some came through OK. It makes you realize how important it is not to monocrop when you are trying to grow organically. Anyway, we had enough potatoes to fill a few 5-gallon buckets and felt that we had not grown enough to carry us through winter but certainly enough to reduce our potato purchases. But how do you store potatoes?

Sadly, I should know this. I grew up with parents who backyard-farmed. My dad still grows corn, potatoes, tomatoes, etc. I should have paid attention growing up, but I didn't. I was too busy reading the latest adventures of Daredevil, Batman, or the X-Men. I had zero interest in gardening. So I started reading various blogs trying to figure out the best way to do it. It is surprising how many ways there are to do a thing. I might write a blog post about storing potatoes and put it in a form that would have helped me. Maybe it will help others. The method we ended up going with was to put the potatoes in a 5-gallon bucket in a layer. Then cover them with sand. Then another layer of potatoes and then another layer of sand until the bucket is mostly full. We read that the sand should be damp but not wet. That was likely a mistake. We think that that might make sense if you are in very dry environment, but it made our potatoes soften. I think this year we will cure them and then try the egg carton method (put the potatoes in egg cartons). We will try to keep the potatoes as cool as possible in the basement without going below 48 degrees. Likely it won't be cold enough for maximum life, but we will see how we do. 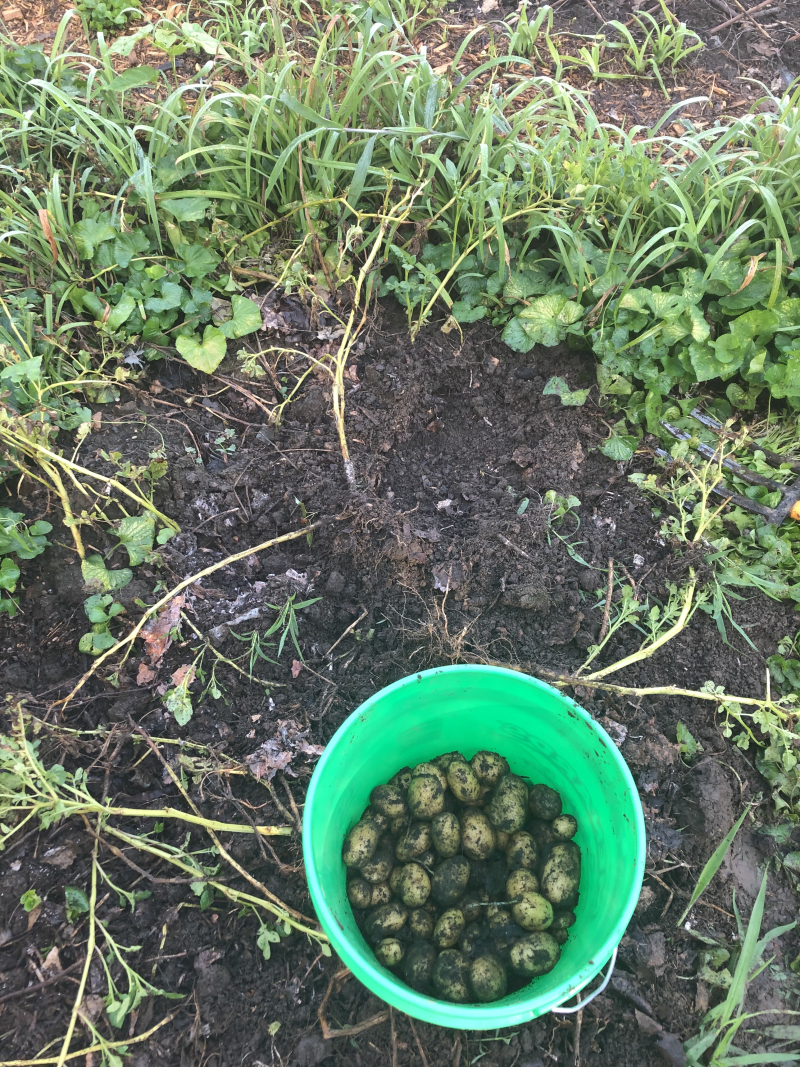 Little did these potatoes know what fate awaited them.

But last year it was the sand-in-the-bucket method. One day I realized I had not needed to clean the cat's litter box in a while. He seemed OK. He wasn't lethargic. I thought, "Maybe that silly cat is pooping somewhere other than in his litter." I looked and looked and looked and... I'll bet you know where this is going. Yep, he was POOPING IN OUR POTATOES. If I didn't love the little beast, I might have strangled him. He was pooping and peeing in the buckets and had done a terrific job of getting all the potatoes well desecrated. After a very short debate, we dumped them all. 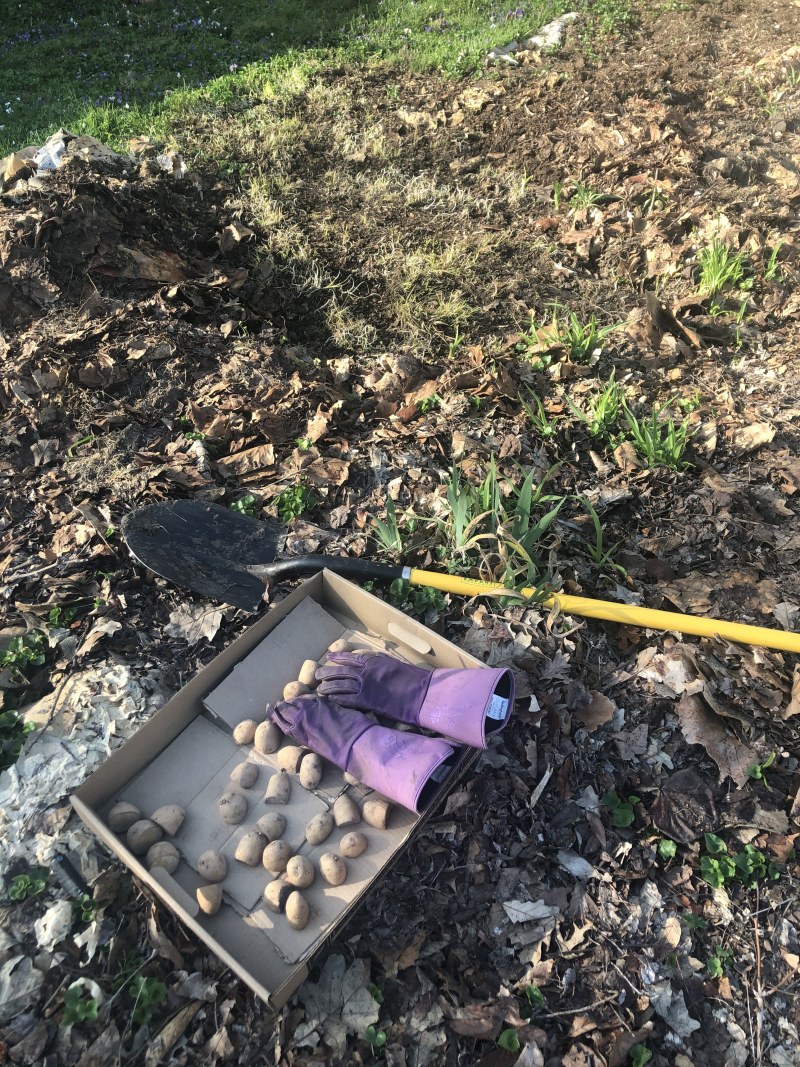 And that, dear readers, is how we lost our potato crop last year. I'm sure there is some deeper moral or philosophical lesson to be gleaned from all this. But I'm hornswoggled if I know what it is.

Using the Japanese Art of Kintsugi to Keep Instead of Discard