65 Bulbs of Garlic on the Wall...
The Best - and Perhaps Last - Cat Toy You'll Ever Buy

The Strange Case of the Bloomin' Onions 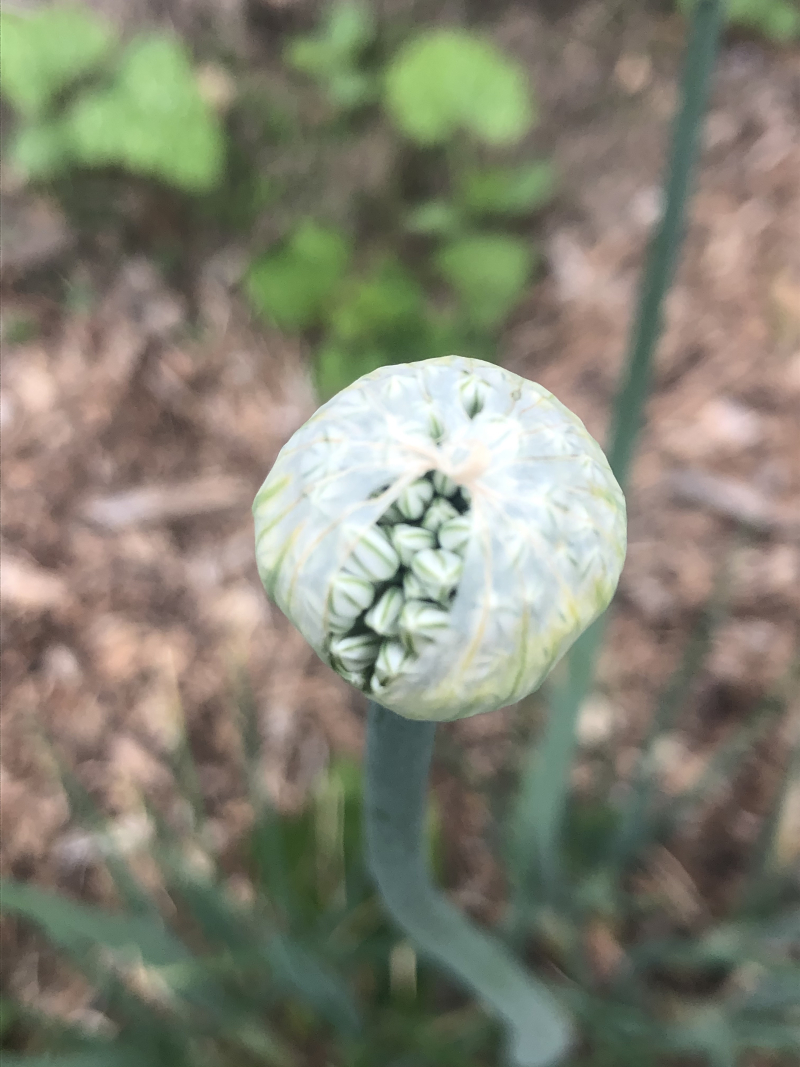 We made an unsuccessful attempt to grow Walla Walla sweets in 2020 - Anthony grew up in 'the city so nice, they named it twice' - but that arid landscape is quite different than our steamy Midwestern climate. I cast around for an onion variety that would work much better here, and you can imagine my excitement when I stumbled upon a variety of perennial onions. Most vegetables, and most onions as well, are annuals, meaning you have to replant them as seeds each year to get a new crop. But perennial onions, also called potato or multiplier onions, are the gift that keeps on giving. Reserve some of the bulbs, replant them each year, and they'll multiply into neat little bunches of more bulbs! This makes potato onions a perfect permaculture plant, by the way. 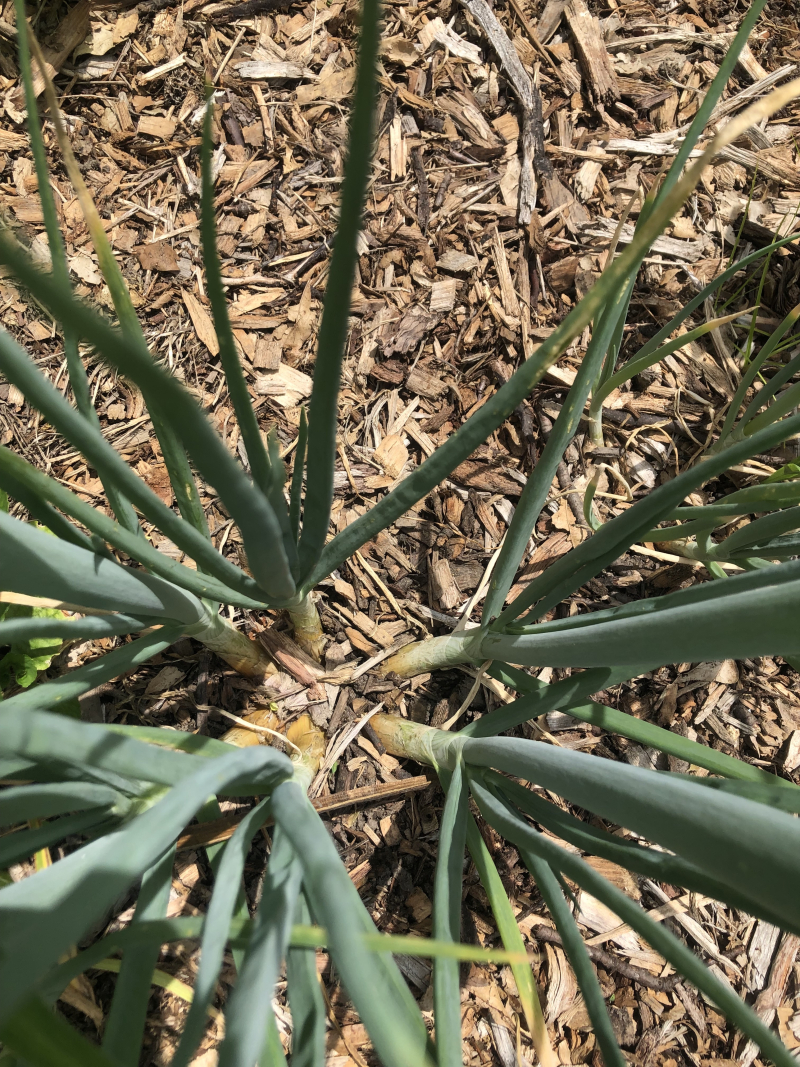 Here you can see the cluster at the base of the stalks.

We planted a crop of these last fall - on October 25, to be exact, a week before the garlic cloves went in - and we had a decent harvest this July. They're delicious onions, mild and tangy. I had ordered 16 ounces, which gave me 20-30 bulbs, and the yield was... OK. If you're wondering, no, I did not amend this soil with the mix of pine sawdust (soaked in urine) and coffee grounds as I did the garlic cloves. The onions were planted in a bed that had previously been potatoes, though, and some of that matter from the potatoes and their plants had decayed in the bed, which probably helped some, along with the decayed leaf mulch we'd used to sheet-mulch over the grass in that part of the yard. I also amended the bed with compost tea.

What happened before harvest, however, is the strange part of this case: the onions put up flower stalks, forming seed heads. 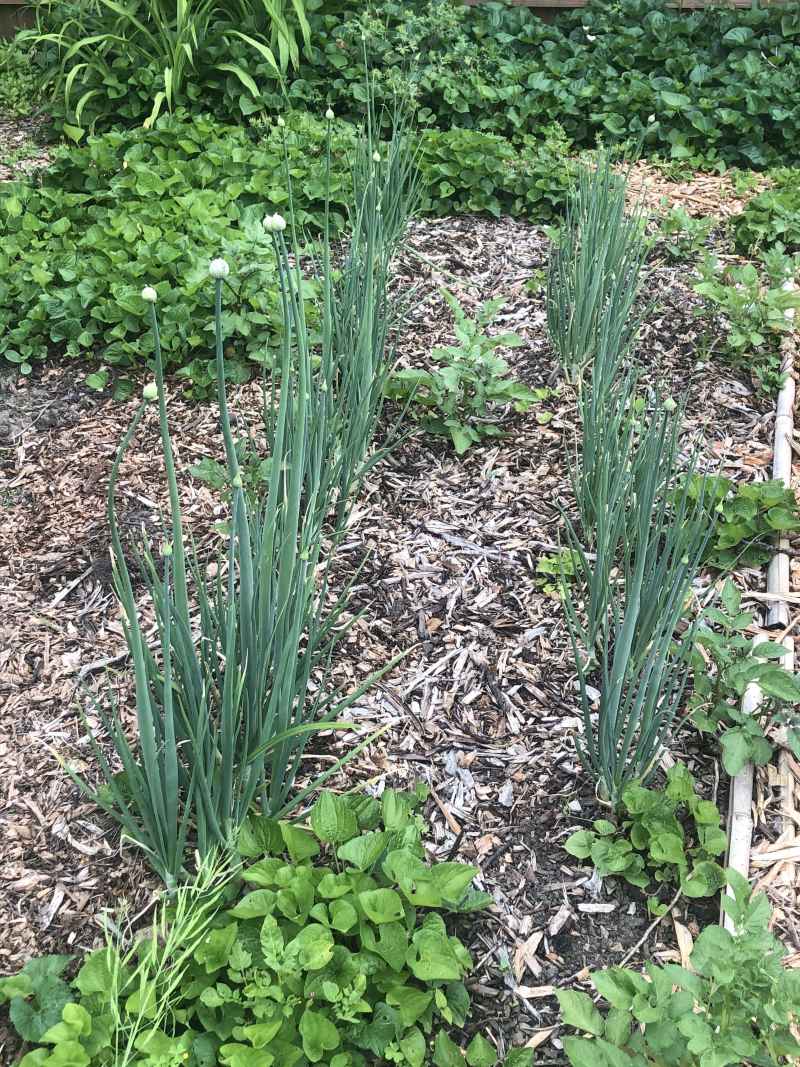 For the potato onion, this is apparently a rare and special event. Gardener Kelly Winterton has written a booklet on his many attempts to get potato onion seeds, and you can see this pursuit is apparently one with a high likelihood of failure. But it's worth trying for, as the bulbs that form from these seeded plants are much bigger than the rather small clusters of multiplied onions. So it's strange, wonderful, and felicitous that I was able to get seeds on my very first attempt at growing potato onions. 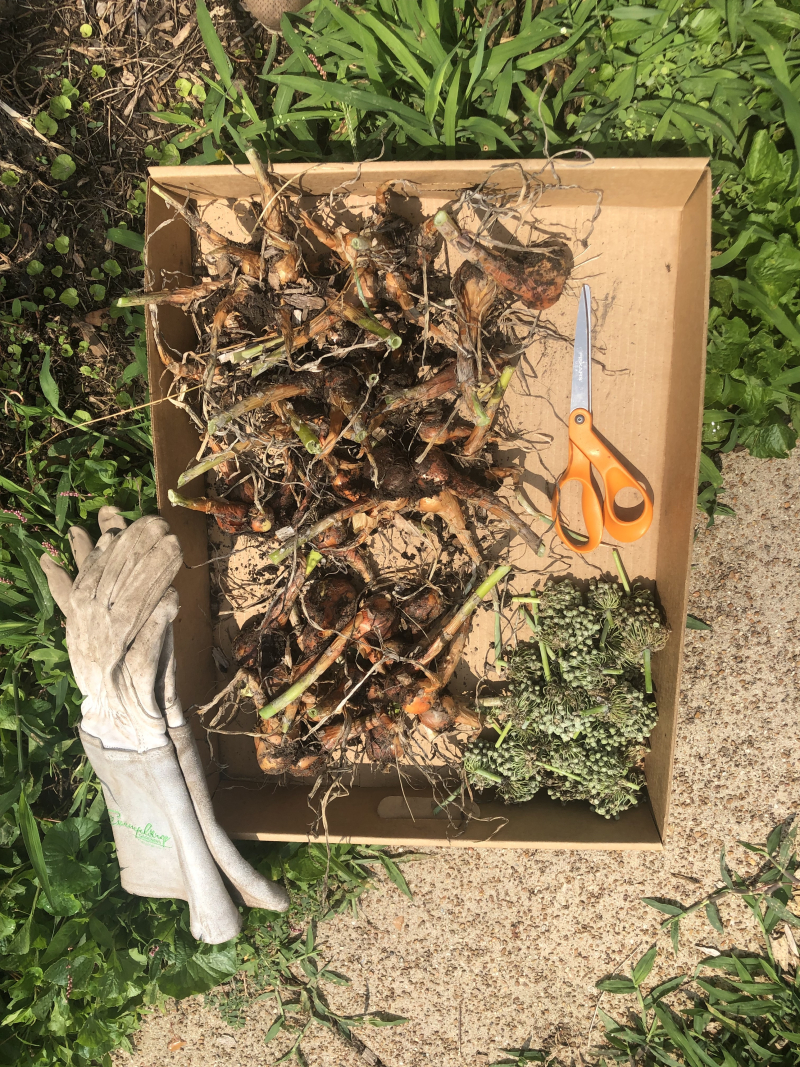 Harvested bulb clusters, and some of the seed heads.

The stalks were battered by several successions of summer thunderstorms, and then we were planning to head out of town (to Walla Walla, coincidentally) right when the seeds would have ripened, so I harvested most of the seed heads when we harvested the onions in mid-July. 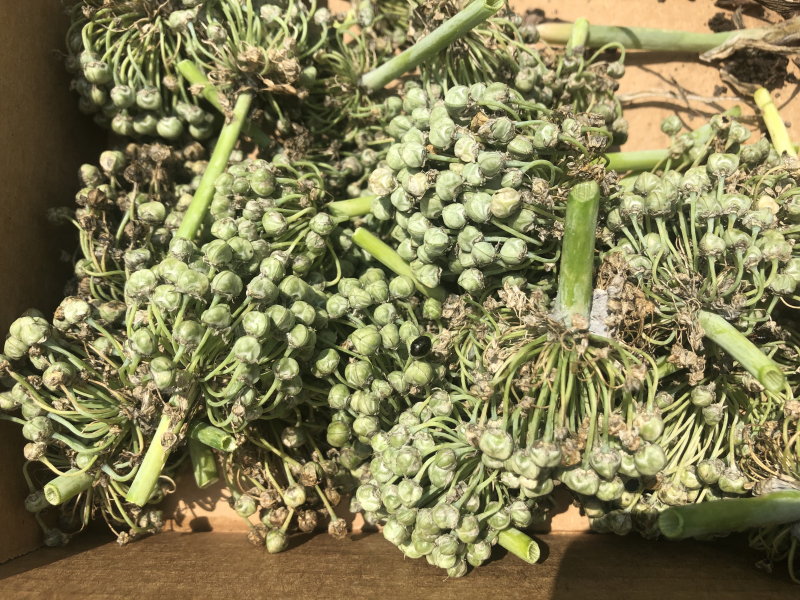 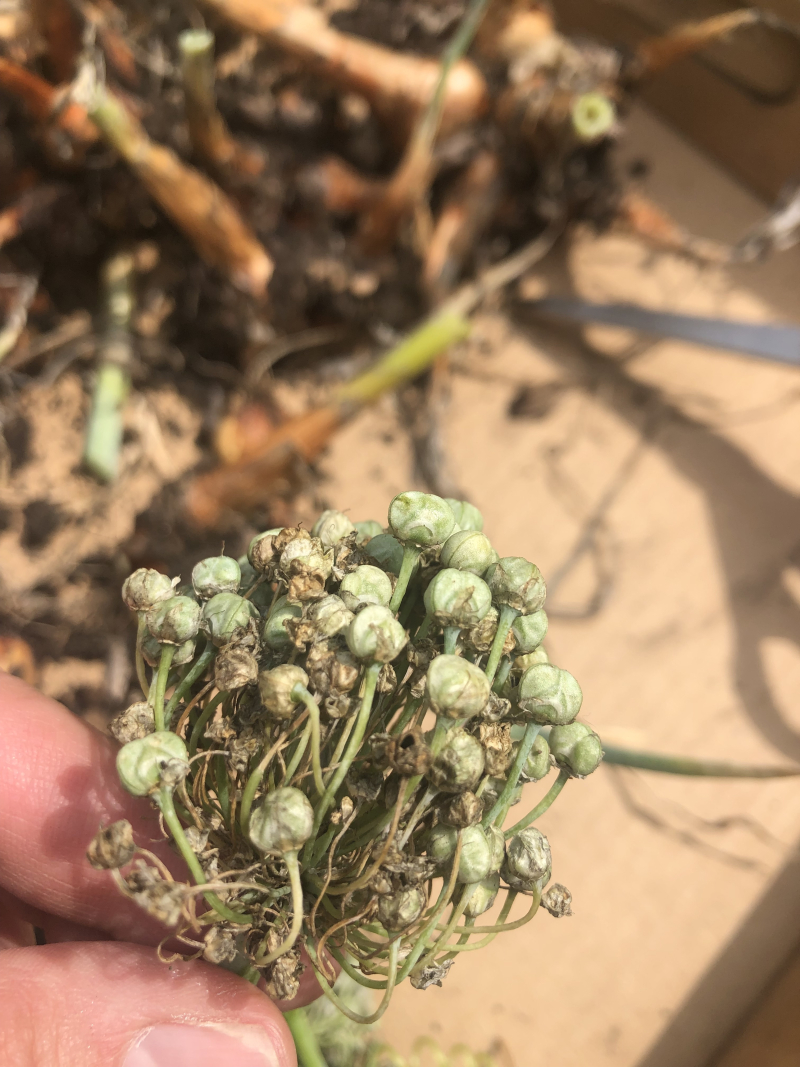 Close-up of a seed head.

These are now drying in a muslin bag hanging in the basement. Unfortunately, as I've mentioned before, I don't have a greenhouse or other space in which to start seeds during the late winter months indoors, but my friend Claire over at Living Low in the Lou has offered to grow the seedlings in her greenhouse porch in exchange for some of the plants. With the promise of much bigger bulbs, it's definitely worth it to try. Wish us luck! In the meantime, we'll all enjoy our regular ol' potato onion harvests this year.

What's your favorite onion to grow? What works best in your part of the world? Have you tried perennial onions?