This Is What Environmental Stewardship Looks Like When You're Farming: Eckenfels Farms 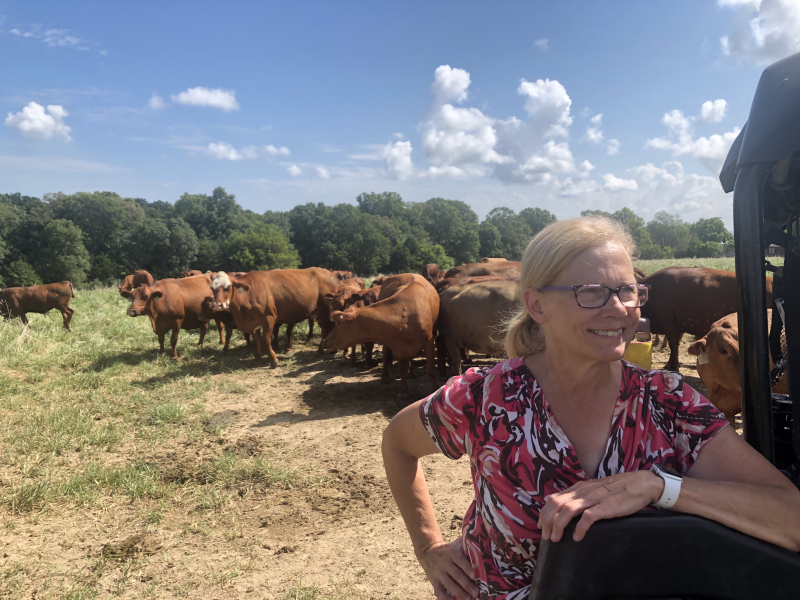 Sue Eckenfels, taking time out on a Sunday to give us a tour of their farm.

We purchase most of our meat directly from farms, a practice we began in 2015, when we lived in Chehalis, in Washington state. Back then our beef came from the Olsons, just outside of that small town. Here in Missouri, we had to source meat anew, so we hit the local farmer's market and found two excellent locals: Eckenfels Farms and Farrar Out Farm. 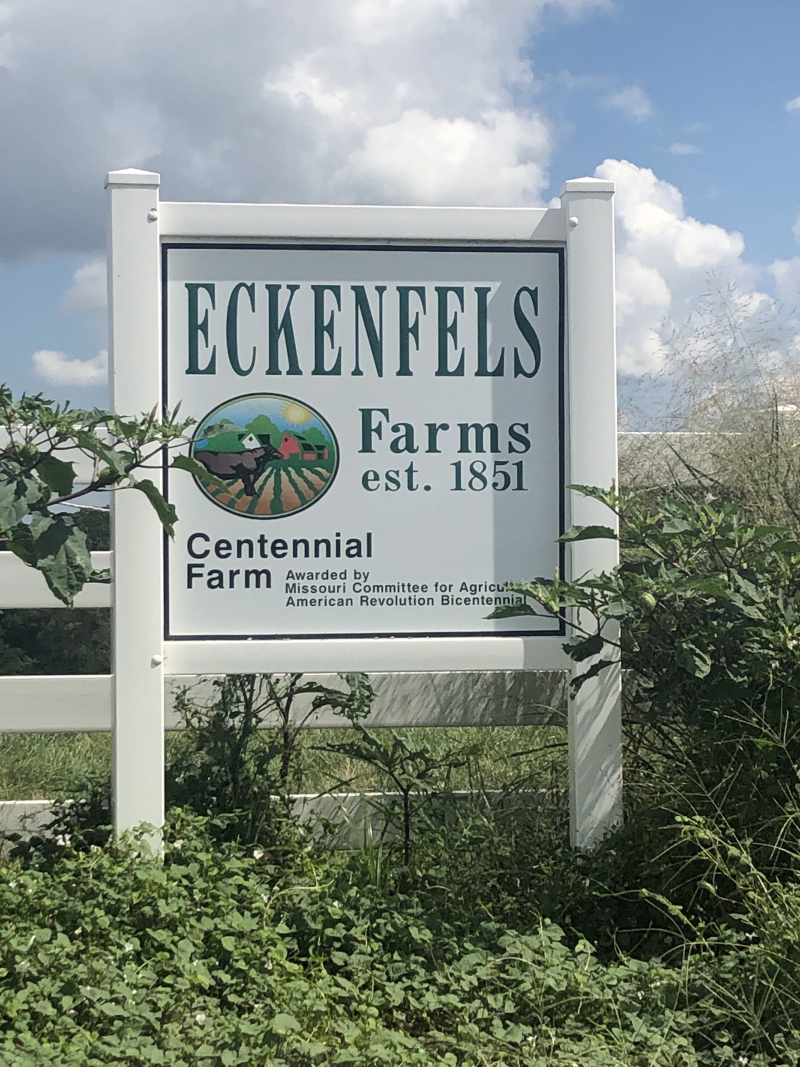 A colorful sign entices you to explore the rolling hills beyond.

We've been buying meat in bulk quantities from both farms for four years now, so I figured it was about time to visit... at least one of them! The Eckenfels Farm is located in Ste. Genevieve, Missouri, and with that tiny burg's proximity to primo hiking spots (my big draw) and its National Historical Park (to feed Anthony's history obsession), we couldn't not go there. Besides, we just really enjoyed chatting with Bob and Sue Eckenfels at the farmer's market. So we scheduled a trip to charming Ste. Genevieve, and the couple graciously agreed to give us a tour of their farm during our stay. 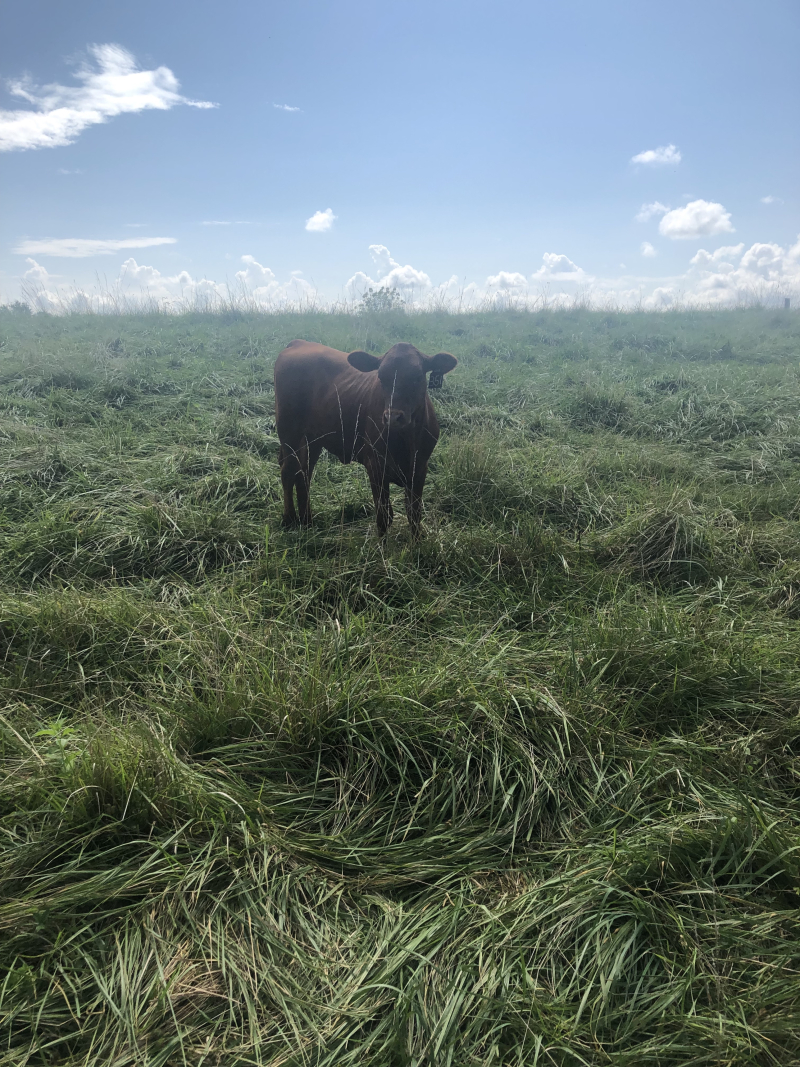 Eckenfels Farms is a "Century Farm," meaning it's been in the same family for 100 years or more. In this case, the Eckenfels have been farming their 300 or so acres for 170 years. But Bob will quickly tell you of neighboring farms that have been around for 200 years, an important marker, as Missouri celebrates its state bicentennial this year. In a place like Ste. Genevieve, history is a long game. As Missouri's first European settlement, its roots stretch back to at least 1750, and some of the historic homes you can tour as part of the National Park Service site are one of only a handful of remaining examples of rare French architectural techniques. 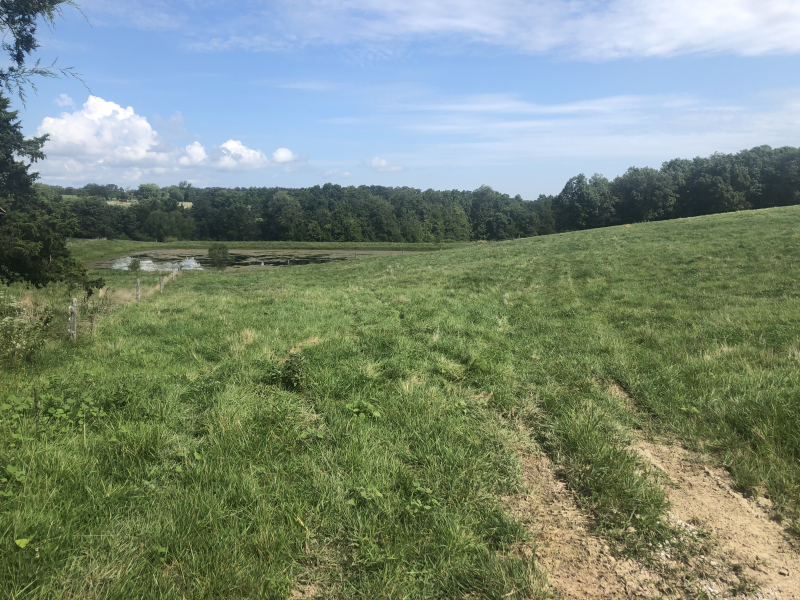 Pasture stretching down toward a pond at Eckenfels Farms. 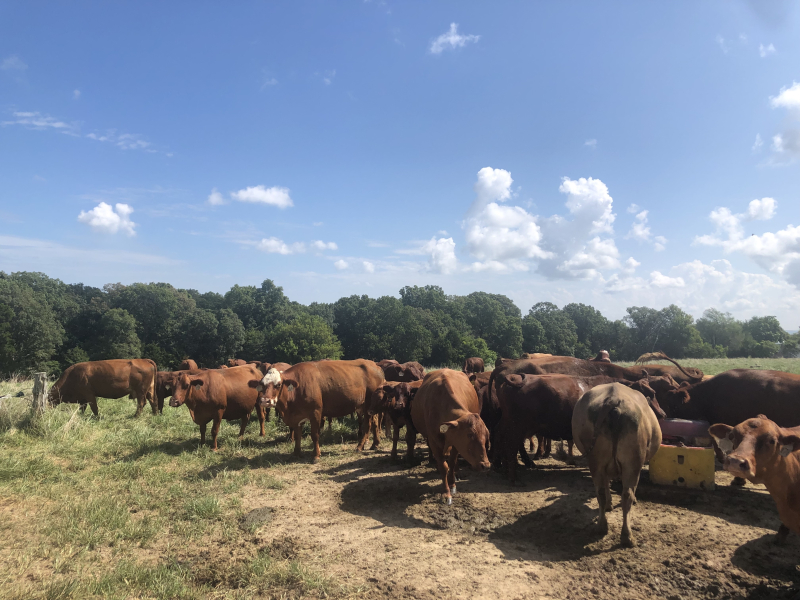 The herd gathering at one of several wells.

Though it was a steamy day in late August, the temps climbing into the 90s, we enjoyed the chance to get up close and personal with the animals who become our nourishment. The Eckenfels were kind enough to drive us out to see their pasture-fed herd of 50. Their South Poll breed is so docile and easy that we were able to gather around them in close proximity while provoking only curiosity in the cows. 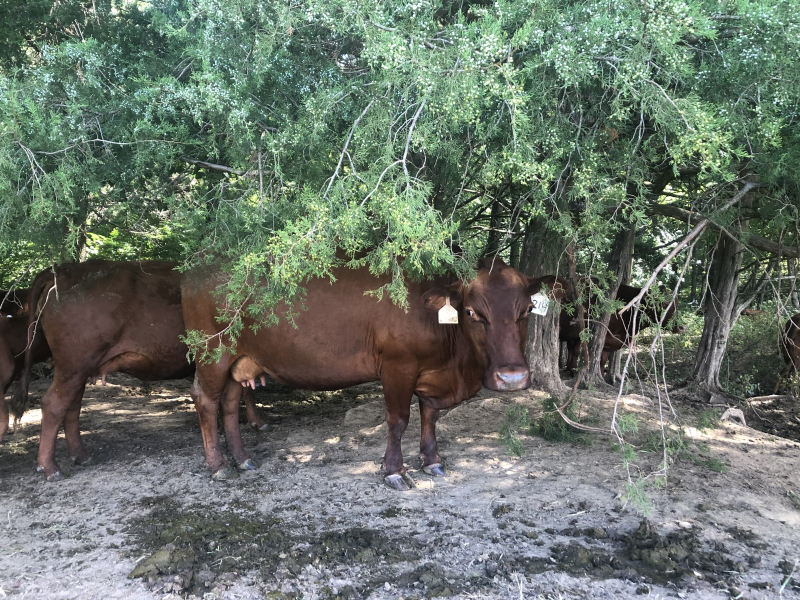 A cow regards me with what I took to be some level of interest. The South Poll breed is known as the "Southern Mama."

Bob runs a superior operation, as evidenced by the recognition the farm has received, but you can also see it in the health and beauty of the herd. Grass-fed diets are better for the animal and for us, too. Grass-fed beef is leaner, with fewer calories, but it contains more nutrients. "If all Americans switched to grass-fed meat, our national epidemic of obesity would begin to diminish," as the Eckenfels explain to their own website visitors. Grass-fed beef also contains more omega-3 fatty acids than grain-fed. 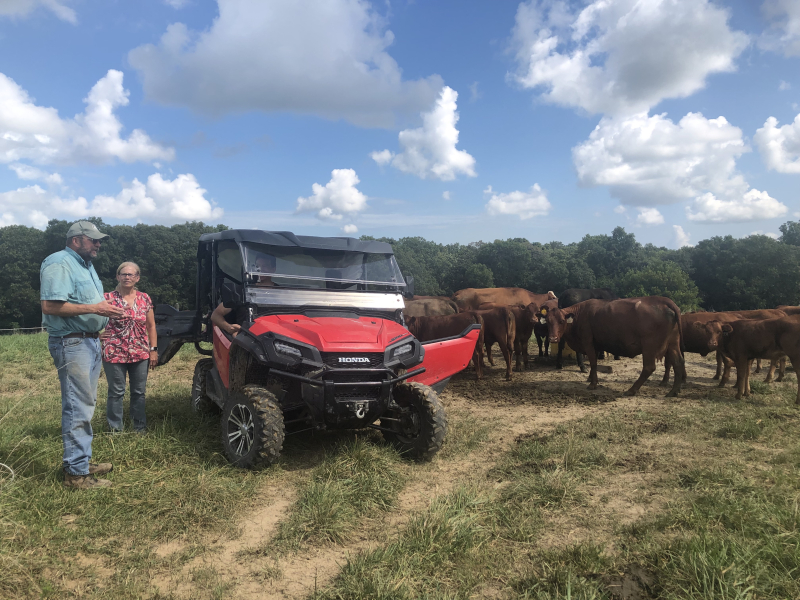 Bob and Sue on the tour, with my husband, Anthony, staying in the shade in the cab.

Cows are meant to eat grass, not grain, and they're healthier on their natural diet, in less need of medical intervention. Attention is also paid to the pasture itself, as Bob employs several techniques to ensure a healthy pasture environment. The National Cattlemen's Beef Association and the National Cattlemen's Foundation awarded Eckenfels an award for environmental stewardship, citing the following practices:

Eckenfels plants his crops using no-till, which has proven to increase his returns and minimize erosion. He has utilized rotational grazing by cross fencing his fields using a combination of barbed wire and electric fence to maximize production. He’s also fencing his ponds to exclude livestock. By implementing these conservation practices, Eckenfels Farm provides wildlife habitat and improves pastures. 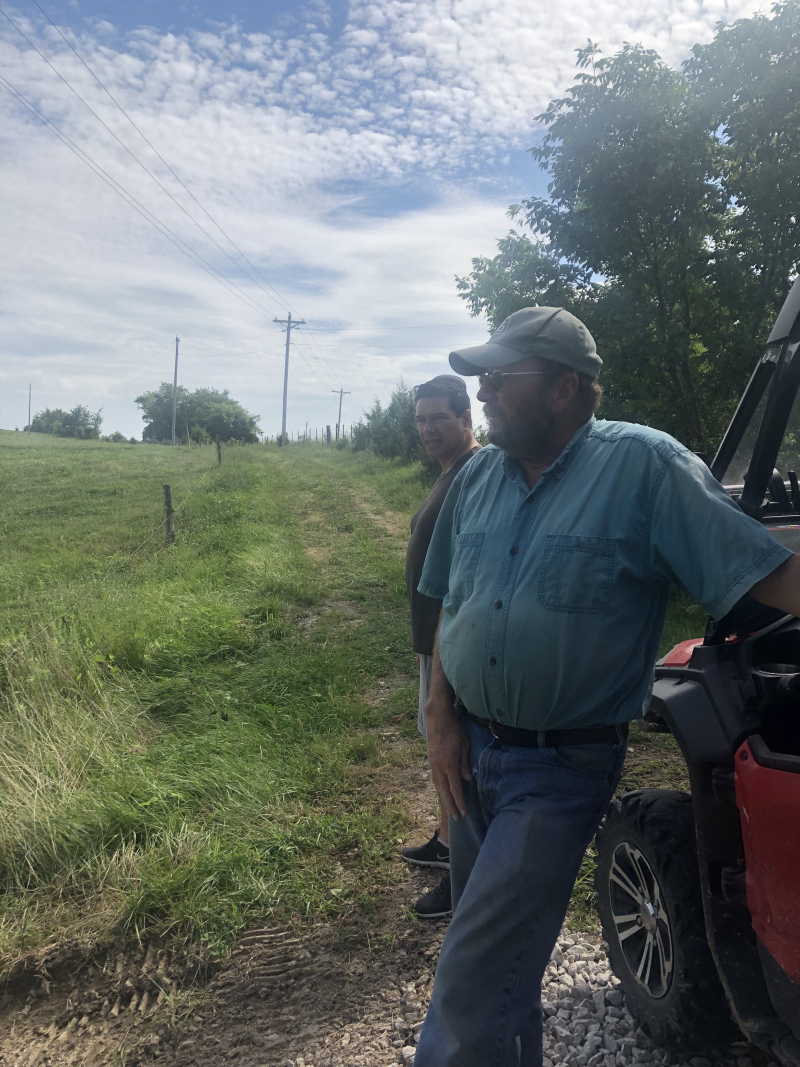 Calling Bob a "progressive adopter of new ideas and technologies that benefit and protect soil and water resources," the industry groups sponsoring the award praised him for a number of initiatives, such as installing ponds and stream buffers, creating quail habitats, and volunteering to educate others on conservation principles and practices. And of course this is a family effort; Bob's son Matt is already a key part of the farm, daughter Kayla can often be found staffing the farmer's market booth, and both of their other children have been involved at one time or another. All four live either on the farm or in close proximity. Eldest Matt has even custom-built a grain silo home. 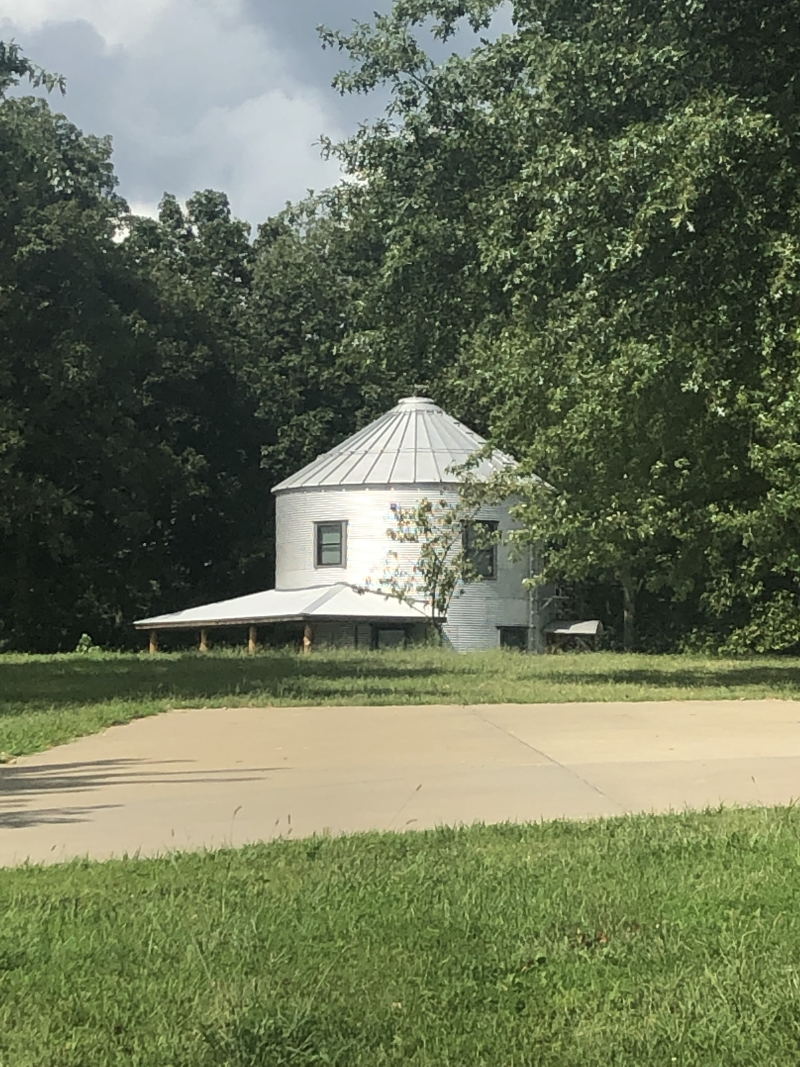 Farm life is not without its challenges, as you can imagine. The Eckenfels have struggled with a lower water table from which to draw well water. Consolidation in the slaughterhouse industry has led to disadvantages for small independent farms like this one. And while clearly fixtures in the Ste. Genevieve community, you can't actually purchase Eckenfels meat at any of the town's stores, or even find it in restaurants. This strikes me as a sorely missed opportunity, as someone who's used to Seattle restaurants and specialty grocery stores routinely listing just such an "origin story" for their meat as the Eckenfels give in spades. Bob and Sue drive the hour to St. Louis a couple times a week to sell to customers there instead. 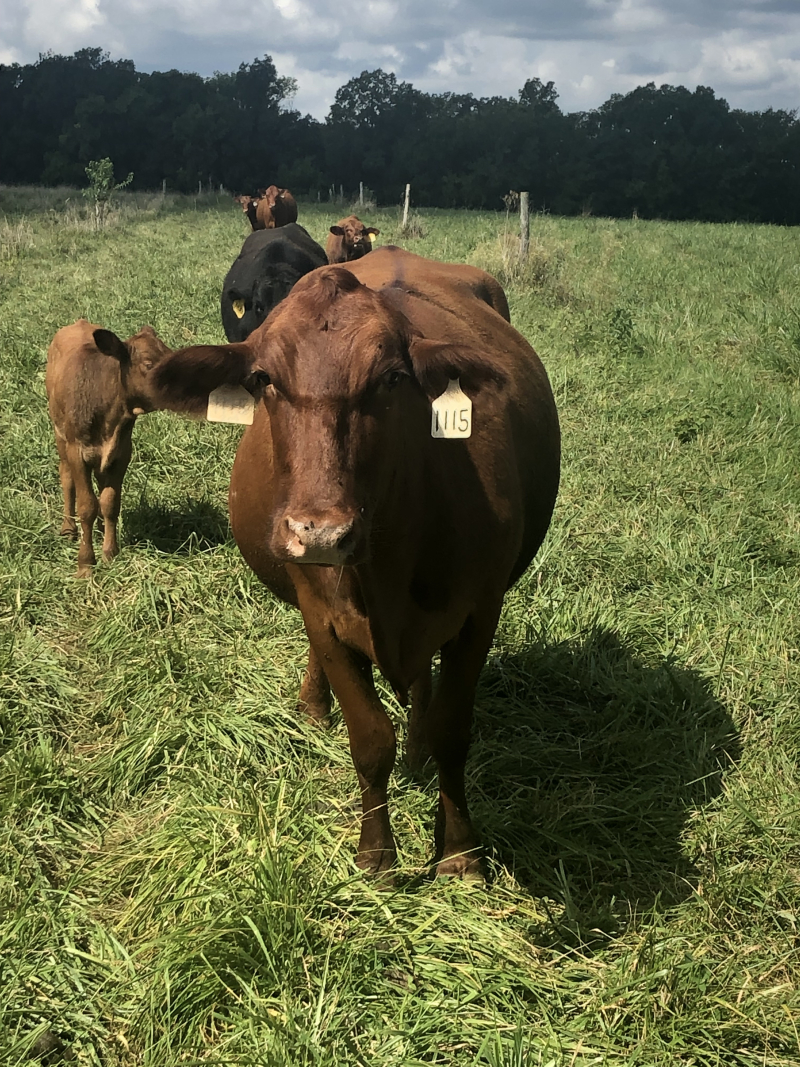 Using corridors like this one, Bob rotates the herd to different parts of the pasture, giving it a chance to regenerate between grazings.

It was personally quite satisfying to get my farm fix with this tour, and I thank the Eckenfels for their hospitality and time. While unlike both Bob and Sue, I didn't grow up on a farm, I have often wished I had. Instead, I've had to live vicariously through others as a writer who chronicles this work, whether as editor of the oldest independent fishing publication on the West Coast, author of a book about a century-old dairy farm, or the writing I do as a volunteer for this little old blog. I hope you enjoy my stories.

Where the Beef Is

On Whidbey Island with 'Farmer Bob' and His Inspiration Garden