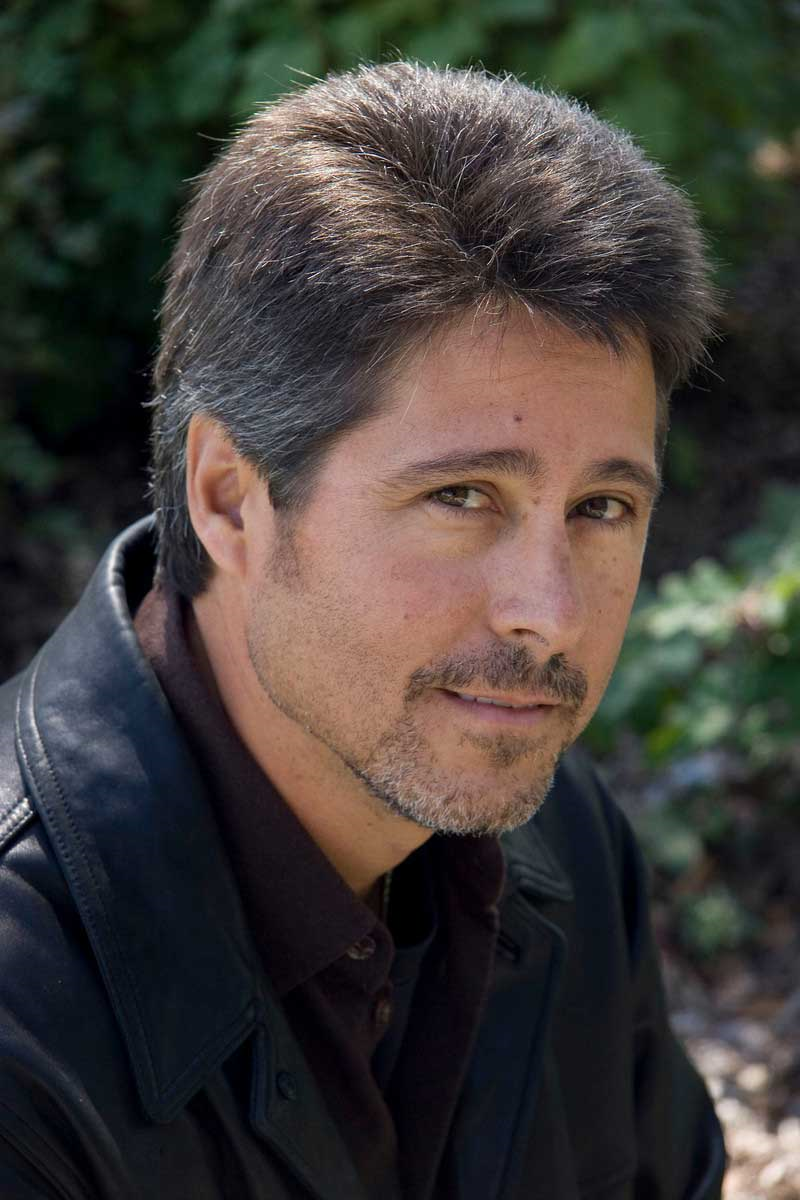 Robert Dugoni is the New York Times, Wall Street Journal and #1 Amazon bestselling author of the Tracy Crosswhite Series: My Sister's Grave, Her Final Breath, and A Clearing in the Woods. He is also the author of the critically acclaimed David Sloane series: The Jury Master, Wrongful Death, Bodily Harm, Murder One, and The Conviction. Dugoni has twice been nominated for the Harper Lee Award for Legal Fiction, was a 2015 International Thriller Writer's finalist for thriller of the year, and the 2015 winner of the Nancy Pearl Award for Fiction.

After I accosted approached him at a recent PNWA conference, he agreed to participate in this back-and-forth interview, which unfolded over several weeks, suspended briefly as we both took vacations. A fan of his Tracy Crosswhite series, I'm thrilled to bring Dugoni to my readers.

Lisa: I just finished reading My Sister’s Grave, and wow. You took a tremendous risk with your twist at the end. What compelled you to go that route? At what point in your process did you know that’s how it would end?

Bob: With this book I knew at the beginning. I really was playing with an old legal maxim which is at the start of the novel. I wanted to point out that a maxim is never 100 percent accurate. There’s a key moment in the book, after the reveal, where this is spelled out.

Lisa: The legal maxim first appears in the quote you use to open the book, right? From Sir William Blackstone, “Better that ten guilty persons escape than that one innocent suffer.” Tracy Crosswhite upholds this maxim, though, not to stop the suffering of an innocent man but out of a driven quest to find the truth. You portray her sharp instincts so well—that scientific truth-seeking is my favorite aspect of her character. Do you think of her as the hero of the novel? Or is someone else? I don’t want to give the ending away, but she has a counterpoint in the story, like yin and yang. Are there two heroes in your mind?

Bob: No, I really see her as the hero. She’s lived with this case for 10 years and had the courage to follow through on it when most others would have given up. She’s heroic in many ways.

Lisa: Fair enough. Another risky aspect is writing in a different gender than your own. Tell me about the challenges of pulling this off.

Bob: First, I decided not to try to write from the perspective of a woman. I thought that would be a huge mistake. Instead, I wrote from the perspective of a person who has been wounded, trying to survive, day to day, with that wound. That’s a universal existence not dependent on gender. On the other hand, I have four sisters and a strong-willed mother. I’ve worked in a profession with a lot of strong-willed female attorneys.  I tried to draw from those experiences.

Lisa: What tipped you over to creating Tracy? She’s pretty badass all the way through, so kudos to you for the portrayal. At what point did you move from “that would be a huge mistake” to “this is the way I have to write this story”?

Bob: I never worried that it would be a mistake. Years ago I wrote the story Damage Control with the protagonist Dana Hill. I did the same thing. I never tried to write like a woman, just a person going through a difficult time in their life. Men and women are not the same, I recognize that, but I think in many ways we’re similar when it comes to the basic things in life we want and how hard we will fight to achieve those things.

Lisa: You mention in the acknowledgments section conversations with two researchers who gave you insights into the minds of sociopaths and psychopaths, but I note that your general idea for the novel preceded these conversations. Where did the idea come from, initially? Did knowing you were going to use that twist to show the maxim isn’t absolute mean you had in mind there would be a psychopath in the book from the beginning?

Bob: Actually, Tracy Crosswhite is a character in Murder One, a David Sloane novel. She has a very small part. When I was deciding to start a new series, I went through my old novels searching for a new lead character. She was really an unlikely choice, but she made me curious. I wanted to find out more about who she was and how she went from being a high school chemistry teacher to a homicide cop. I know that sounds odd, since I created her, but I really had to stop and explore who she was at her core. I do a lot of research, and it often comes up in a different book than intended, or in more than one book. Unlike some books, I knew in this book I wanted a psychopath because of the nature of the crime and the location and setting.

Lisa: I enjoyed the town as a sort of character in its own right in the story. Why is that important, both in terms of and separate from Sarah’s murder?

Bob: Because of what the police told me about a murder. They said a murder is rarely about one person. A murder impacts an entire family. When I mentioned she lived in a small town, they said the murder would impact the entire town. Everyone would know Sarah, and everyone would live life a bit differently after she disappeared. It’s a scary thought.

Lisa: What are your future plans for Tracy Crosswhite? How long will you keep the series going?

Bob: I’m just going to follow ideas that come to me. I’ll write Tracy stories until I feel as though I’ve exhausted her and I’m no longer excited to get up in the morning and continue on with her journey.  I’ve written four, and I’m a long way into book five. I really enjoy the people I’ve created to surrounded Tracy and my intent is to explore each of them.

‘Granny’ Award Winner No. 3: Cheryl Sesnon, An Expert in Getting You ‘Unstuck’ 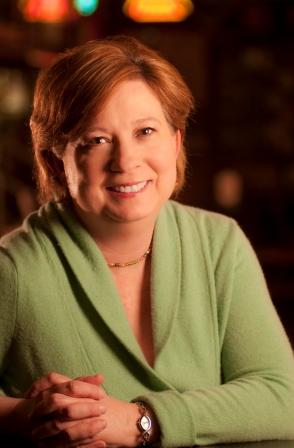 Everything about Cheryl Sesnon screams success. At 58, she’s currently the executive director of Jubilee Women’s Center, a well-regarded, highly effective non-profit organization that helps women transition out of homelessness. Besides this Amazing Grace Award, she’s received a number of others: Harlequin’s “More Than Words” Award, the Aubrey Davis Award for Progressive Leadership, and Seattle University’s “Lead, Ignite Award,” just to name a few. And she was the leader behind FareStart’s legendary job training program, which boasted an 82% retention rate under her tenure and experienced explosive growth.

So it might seem surprising that Sesnon once thought of herself as doomed to a life of failure.

At 24, she suffered from chronic depression, low self-esteem, and substance abuse. She was in an abusive relationship. She attempted suicide.

“I realized I needed to either commit to dying, or to living,” she says. “I felt hopeless, I was on a negative, destructive path, and I had no idea how to get out of it.” Sesnon remembers standing on the sidewalk and watching happy people walking by and thinking they were stupid, that they didn’t know how awful the world really was.

To snap herself out of this bleak world view, she adopted the attitude that everything she assumed about the world was wrong and vowed to watch how happy, successful people lived their lives and learn from them. She got herself into therapy, took classes, and stopped feeding her anger toward the world. “It was coming from a place that was wired up wrong,” she says.

Now she considers herself an expert at how to get people to break out of the limiting patterns of their lives, and she clearly does so with compassion for how difficult change can be. “I understand being stuck in a certain way of thinking,” she explains. “It’s very real. You think it’s the way.”

Sesnon’s positive rewiring was so complete that it forever altered her career path. Early on, she launched a successful catering business, but ultimately, the work felt unsatisfying. “We were spending money to make money,” she says. “There was a piece missing for me.”

She found her heart’s work in non-profits, but she doesn’t consider herself a “bleeding heart.” Rather, that work feels solid to her, substantive. “Jubilee is my dream-come-true,” she says. Now she works with women whose life circumstances have brought them to a place where they feel stuck and don’t know how to live differently. “To work with women and meet them at that place, it means the world to me.”

At the start of our interview, Sesnon shared with me that she’d recently beat breast cancer after a nearly yearlong process that included a double mastectomy, chemotherapy, and radiation treatment. She describes this ordeal not in terms of her own struggles but for the remarkable experience of being cared for by others.

“I’m used to being on the service end,” she says. “I’ve never been on the receiving end of being surrounded by compassion and care. I felt so loved. Everyone—staff, residents, donors—were incredibly generous and supportive.”

Congratulations to Cheryl Sesnon for winning a ‘Granny,’ and may she continue to serve the women of Jubilee well with her talents and gifts.

About the Amazing Grace Award

The 'Granny' recognizes the outstanding achievements of women over 40. It’s named after the trailblazing character in my Dreamslippers Series, Amazing Grace, AKA Granny Grace, a seventysomething who solves crimes while pursuing her own spiritual path.

The first recipient of the award was indie writer Karen Nortman, 72, award-winning author of the Frannie Shoemaker mystery series.

Winners are profiled at www.catintheflock.com and receive a modest award self-funded by me.

A Note About My Involvement with Jubilee Women’s Center

I’m a Jubilee donor and have previously written about the organization for Seattle Woman.