On Whidbey Island with 'Farmer Bob' and His Inspiration Garden 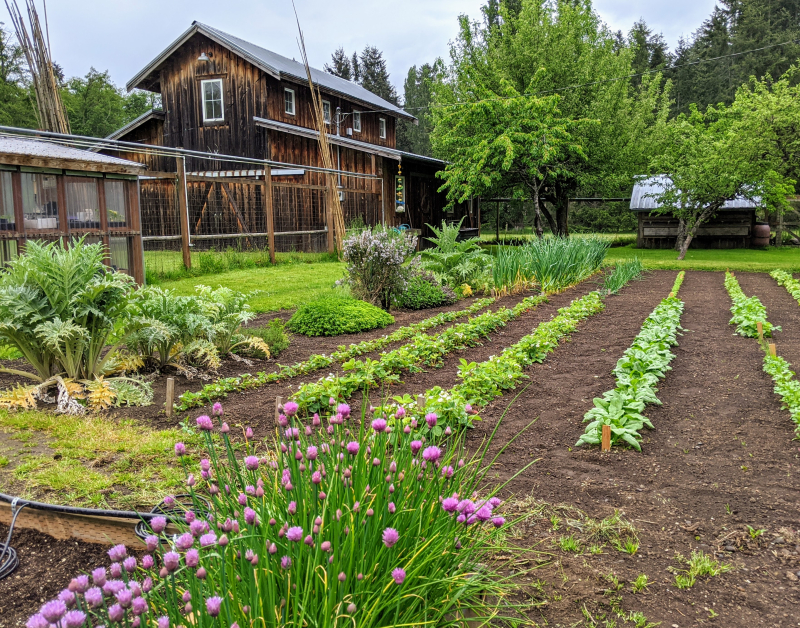 Editor's note: Today's 'inspiration garden' guest post is extra-special to me. I had the pleasure of working with writer Sue Frause back in 2007-09, when I served as deputy editor of Crosscut. Around the same time, I also had the privilege of staying at the guest apartment on Whidbey Island that she and 'Farmer Bob' offered to city folk like me. Whidbey is one of my most favorite places on the planet. It's a short ferry ride from Seattle but feels worlds away, and the Frause House easily undid me with its charm and the owners' hospitality. Here's Sue.

Welcome to Farmer Bob’s Garden on Whidbey Island. While many folks are sprouting green thumbs during the coronavirus pandemic, Farmer Bob’s turned green many moons ago. But first, a bit of backgrounder about Farmer Bob - who also happens to be my husband.

Bob Frause and I were married in the summer of 1974, but his love of gardening started long before. “My first gardening experience was at age three at our home in Burien, south of Seattle,” said Bob. “It was always a large garden and a family affair, with work to be done.” That meant spading, laying down manure, weeding, and picking and preserving the crops. “One of my big dreams as a kid was to live on a farm and have a garden.” 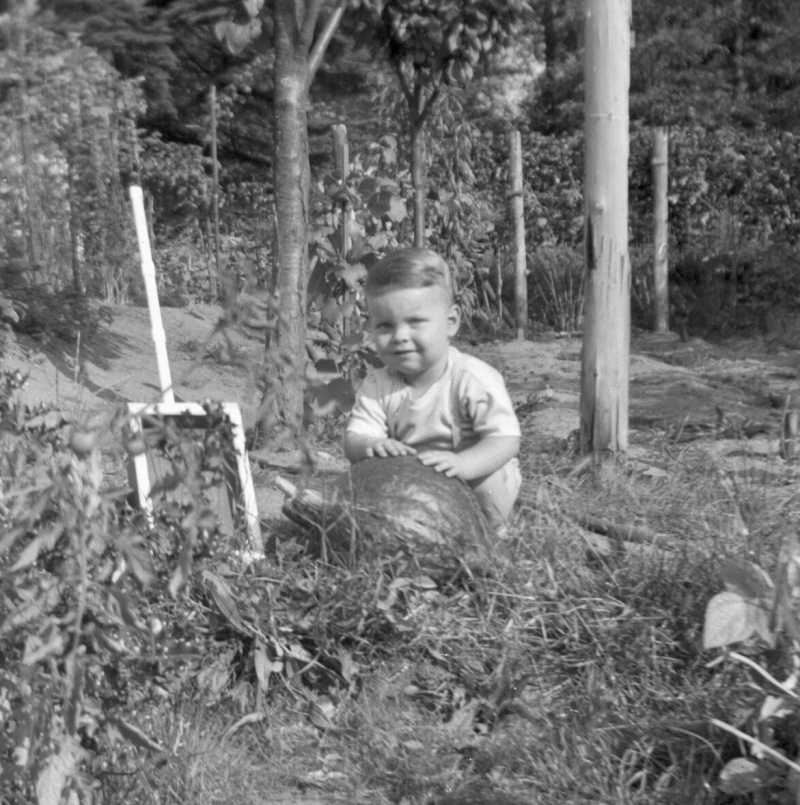 A three-year old 'Farmer Bob' pictured in the 1940s at his family's garden south of Seattle.

Although our first year as a married couple started out in a Seattle apartment, that didn’t stop Bob from growing a few crops. He built small planter boxes and placed them outside our fourth-floor kitchen window on the fire escape. “We had lettuce and tomatoes coming up until the Seattle Fire Department made us remove them just as the crop was in full bloom,” recalled Bob.

After moving to Whidbey Island in 1975, where we bought a 1930s house on three acres in Langley, Bob planted his first ‘official’ garden - and he’s been digging in the dirt ever since. During those early years, the yearly plowing of the garden was always a chore. Our first springtime tilling of the soil was done by a neighbor who rotovated the garden with his tractor. The next few years, we rented a rototiller, but eventually ended up buying a Masport cultivator from New Zealand. It was a small machine and took a long time to till, but it worked for several seasons. And then Farmer Bob moved into the ‘real gardening’ category, purchasing a used Troy-Bilt rear tine tiller from a friend’s father. To this day, Bob continues to use the Troy-Bilt for smaller finishing jobs, but for the past 7-8 years, he’s been working the soil with his Kubota tractor and its five-foot wide rototiller. 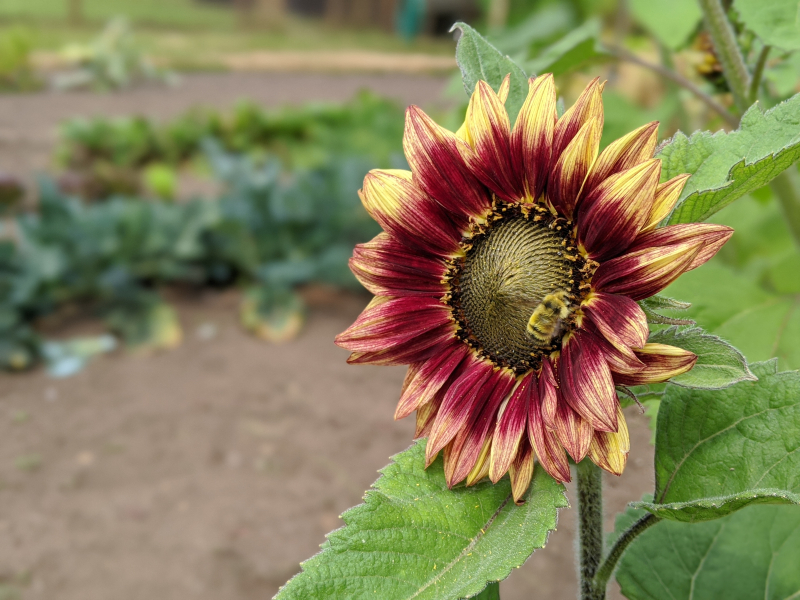 Ongoing improvements at Frause Acres are a big part of Farmer Bob’s garden. Fruit trees were planted early on and included apple, Italian plum, peach, and cherry trees (our neighbor’s goat devoured one of the apple trees down to the ground one year, but it survived and is now the largest tree in the garden). New structures were also added, including a large barn, chicken house, greenhouse, and a seven-foot high fence around the entire garden to keep out the deer. At the same time, we were also raising chickens, rabbits, turkeys, and cows - which resulted in plenty of free manure for the garden. 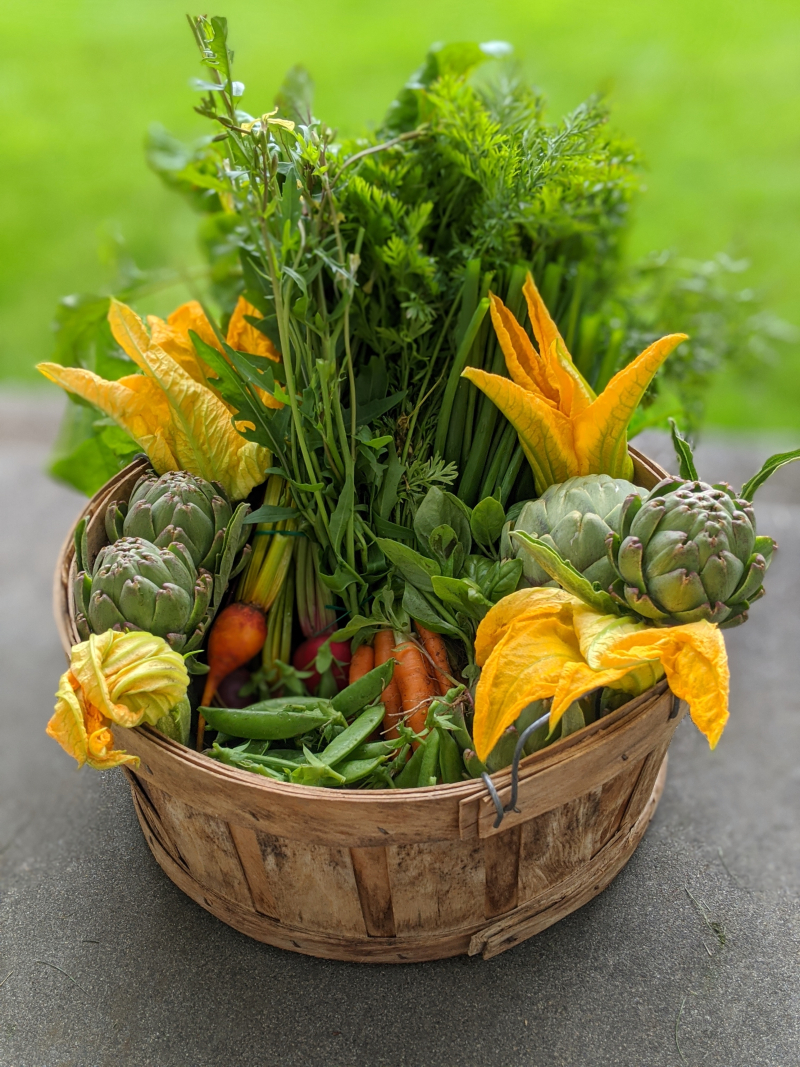 A basket of summer vegetables from Farmer Bob's garden. ©SueFrausePhoto

Over the past 40+ years, we established a farm business and sold beef, eggs, vegetables, and preserves - the idea being to defray the expenses of farming and gardening. And for a number of years, Farmer Bob sold basil to local stores and restaurants under the Bob’s Basil Factory brand. Farmer Bob brings in a batch of basil for pesto making. ©SueFrausePhoto

So what about harvest time? “Processing the bounty has been a chore, but fun,” says Bob. “We freeze, dry, pickle, and juice a lot of what we grow.” He even designed Farmer Bob labels for jams, jellies, and pickles. Vegetables from the garden (along with veggie starts from the greenhouse) are given to family, friends, and neighbors. 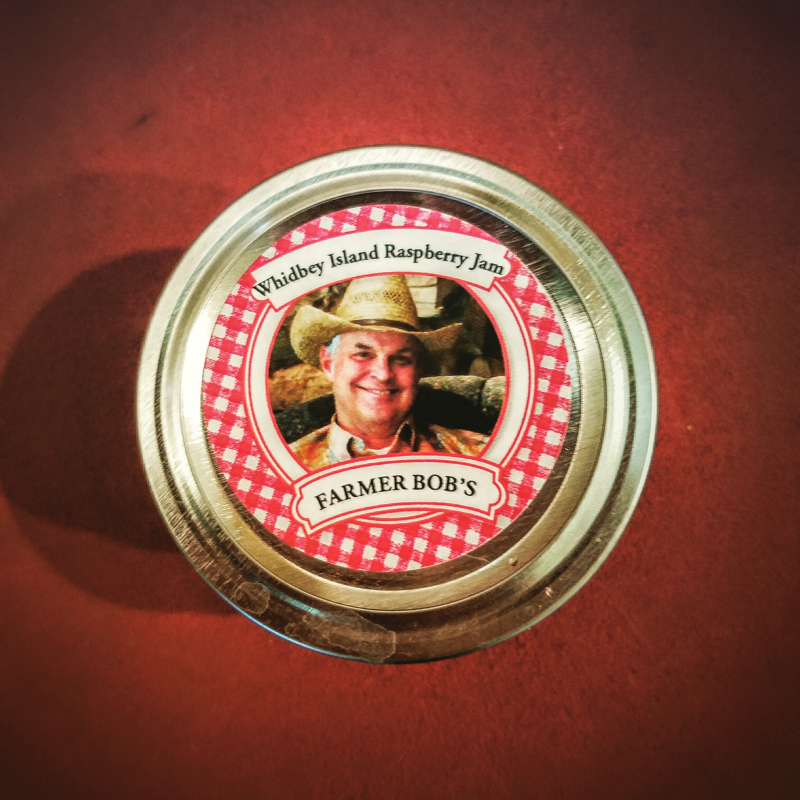 Several aspects of Farmer Bob’s garden have evolved since those early days. For several years, we invited friends for a summer dinner party in the garden. The only requirement was that all the dishes (except the meat/fish of choice and beverages) had to originate from the garden. This was long before ‘farm to table’ became a global trend.

In 2021, Farmer Bob’s Garden turns 45 years old. Let’s hope we can all gather around the table once again for a summer dinner party in the garden with friends. And raise a toast to Farmer Bob, whose childhood dream to have a farm and garden really did come true. 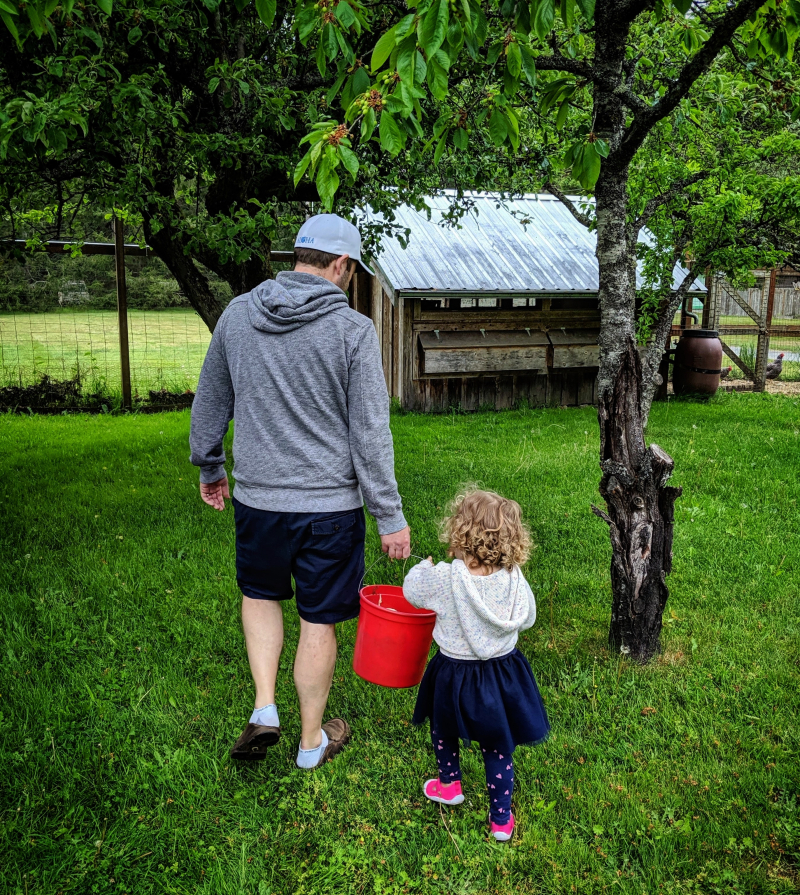 Bob and Sue Frause's son Max and granddaughter Emilia head out to feed the chickens. ©SueFrausePhoto 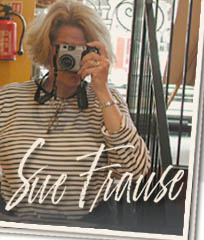 Sue Frause is a prolific, long-time journalist and photographer whose work has appeared in print and online in the U.S. and abroad. For 15 years, she wrote an award-winning column for The South Whidbey Record. She currently writes not one, not two, but three blogs: Eat|Play|Sleep, Closet Canuck, and married to martha. She is also a regular on Around the World Radio. In her many travels, she's visited all seven continents, but her favorite place in the world is right there on Whidbey Island.